The University of Macau (UM) today (30 May) held a talk, titled ‘The China-US Trade War: Challenges and Opportunities for China, the Greater Bay Area and Macao’, as part of the University Lecture Series. Prof Lawrence J Lau, a renowned economist, was the keynote speaker.

During the talk, Prof Lau pointed out that the trade war between China and the United Stated, especially the increased tariffs on Chinese goods, has created a negative impact on China’s economy. However, he demonstrated through analysis of a large amount of data that the impact is not as serious as most people think. China’s large economic system as well as its economic diversity and vitality have effectively minimised the impact. For export-oriented areas, such as Guangdong province, as well as cities in the Greater Bay Area, including Guangzhou and Shenzhen, the impact is within a manageable range. He added that trade war has had an indirect impact on Hong Kong and Macao, which are service-based economies. 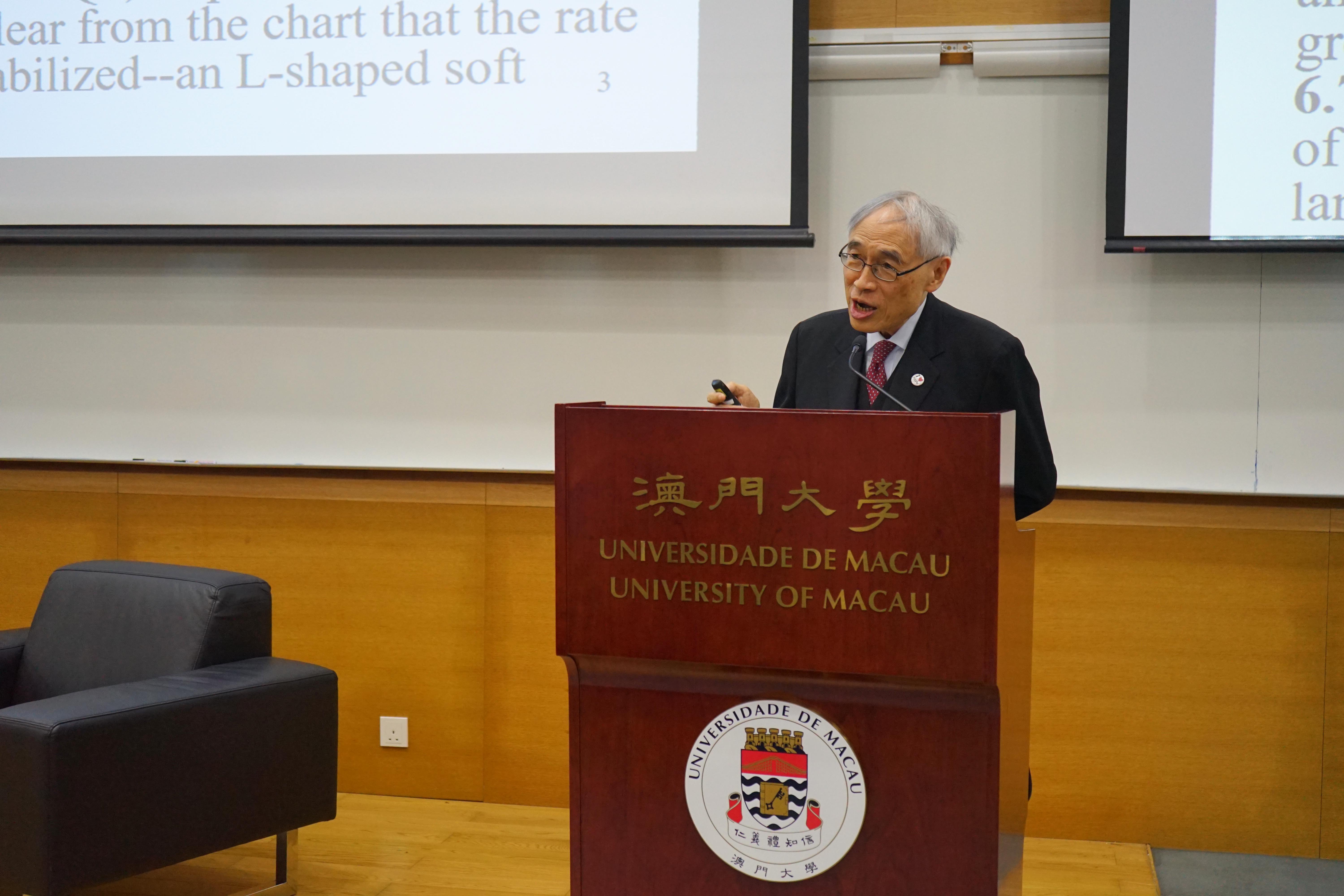 Lawrence Lau gives a talk on the Sino-US trade war 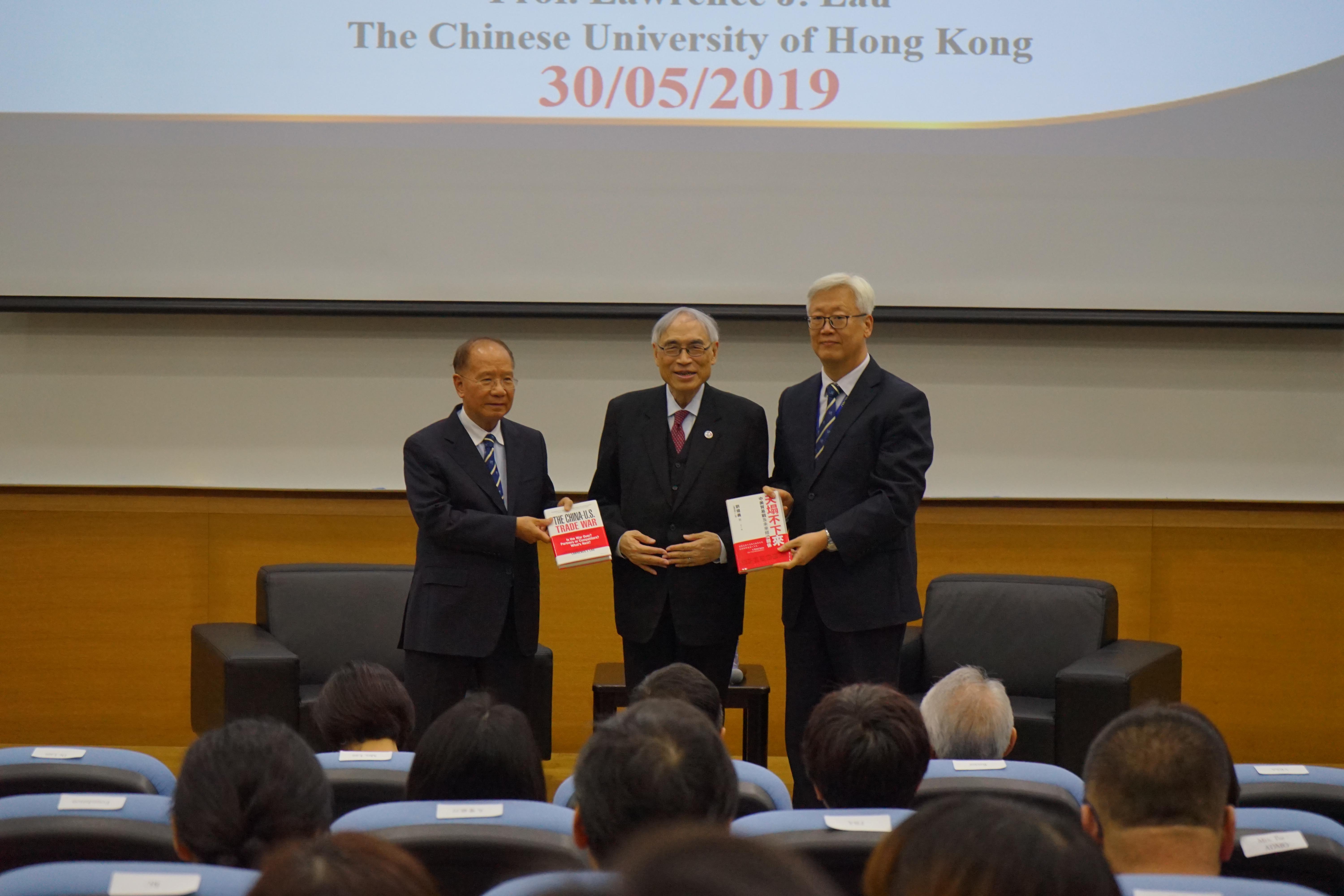 Lau presents his new book to the UM Library 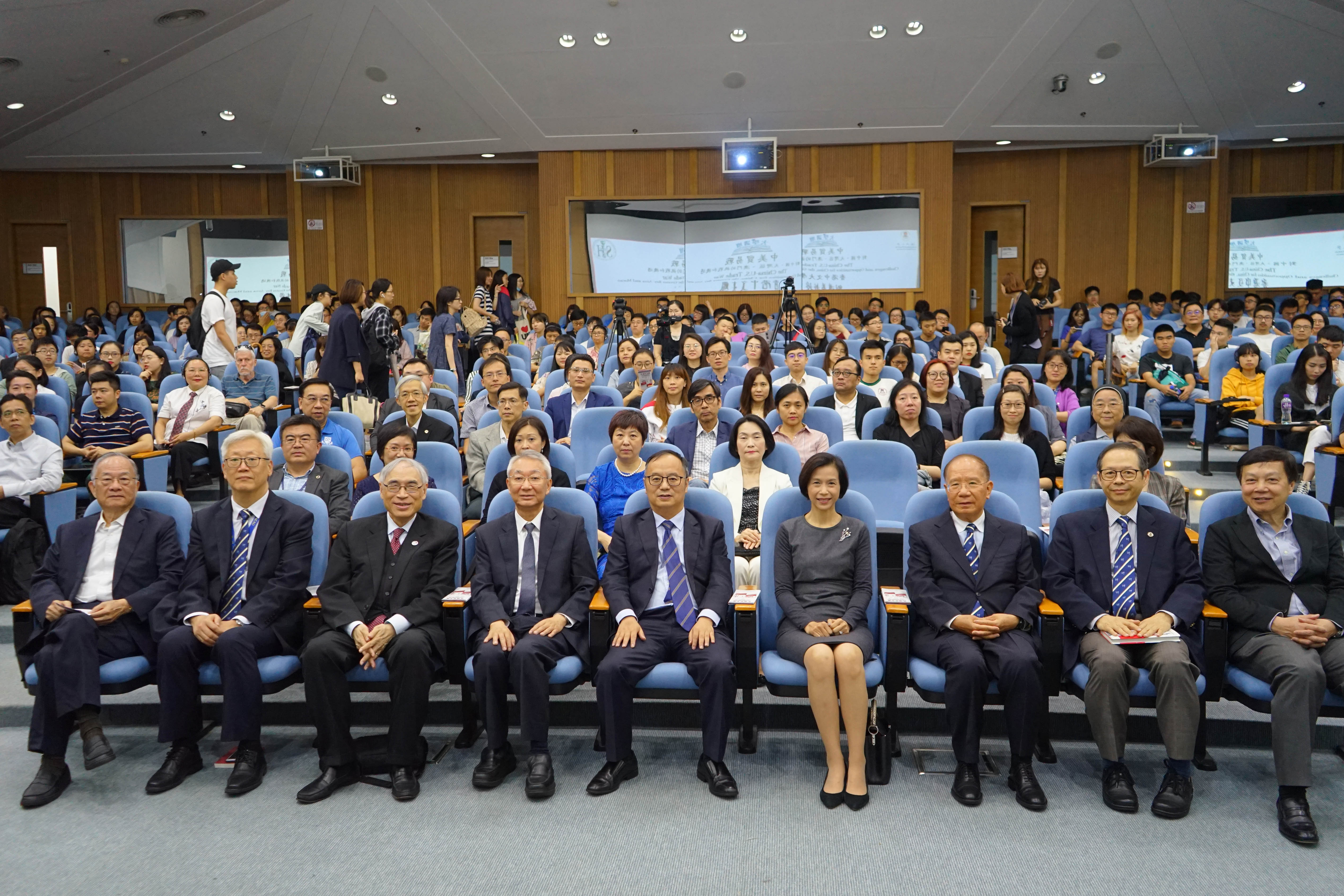