The award ceremony for winners of the 34th Chinese Physics Olympiad (Macao Region) was recently held at the University of Macau (UM). Two students from Keang Peng School, two students from Pui Ching Middle School, and a student from the Workers’ Children High School received first prizes. Four students from Macao will participate in the national final to be held in late October in Chongqing. Established in 1984, the national physics competition is organised by the Chinese Physical Society. The Macao regional competition is organised by the Center of Physics Olympiad of Macao. It received support from UM’s Institute of Applied Physics and Materials Engineering and sponsorship from the Education and Youth Affairs Bureau. 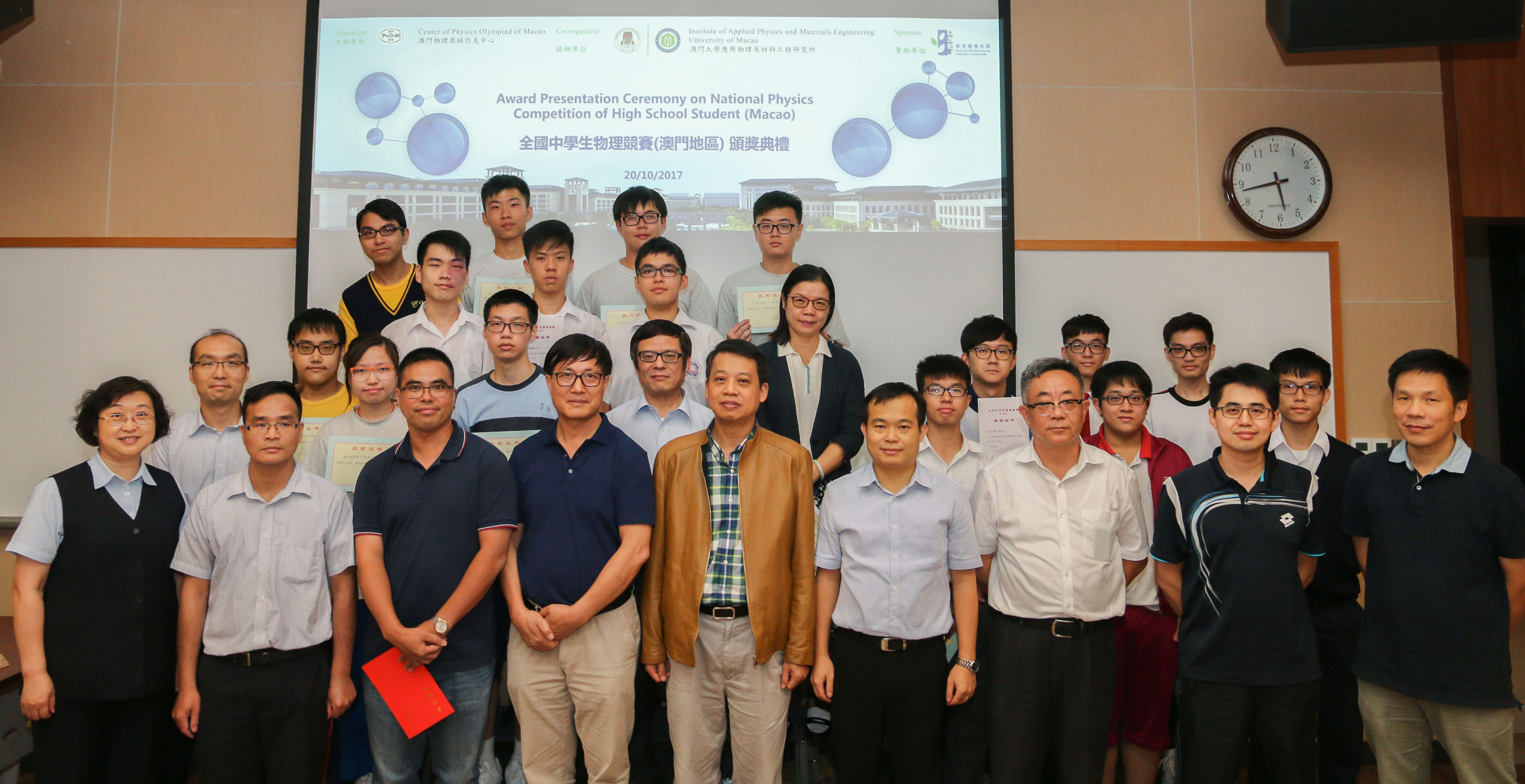