Taking initiative on establishing a culture of sensible use of our resources, hence making our contribution to environment protection and energy saving, while responding to the “Healthy University” campaign that the University of Macau (UM) advocates, a kick-off ceremony of “Dress Casual Day” which was organized by the Faculty of Science and Technology of UM, was held on 20 June 2008 , one day before the summer solstice. All faculty members and administrative staff were glad to attend this activity.

The “Dress Casual Day” is set on every Friday of the week during summer time which is calling upon all the faculty members and staff to wear light clothing to work on Fridays in order to reduce energy consumption. It is understood that in summer the electricity consumption usually increases dramatically due to higher electricity consumed by air-conditioning. However, by wearing lighter clothing instead of the formal suit, we can adjust the temperature of the air-conditioner to 25.5 degrees which the “Office for the Development of the Energy Sector” of the government also advocates. By raising the office temperature, electricity consumption could therefore be reduced. In fact, reducing energy use will also go a long way to improving Macao’s air quality, as power generation is one of the predominant local sources of air pollution. Through the persistent effort and commitment, it aims to achieve an energy-saving working environment at the faculty. 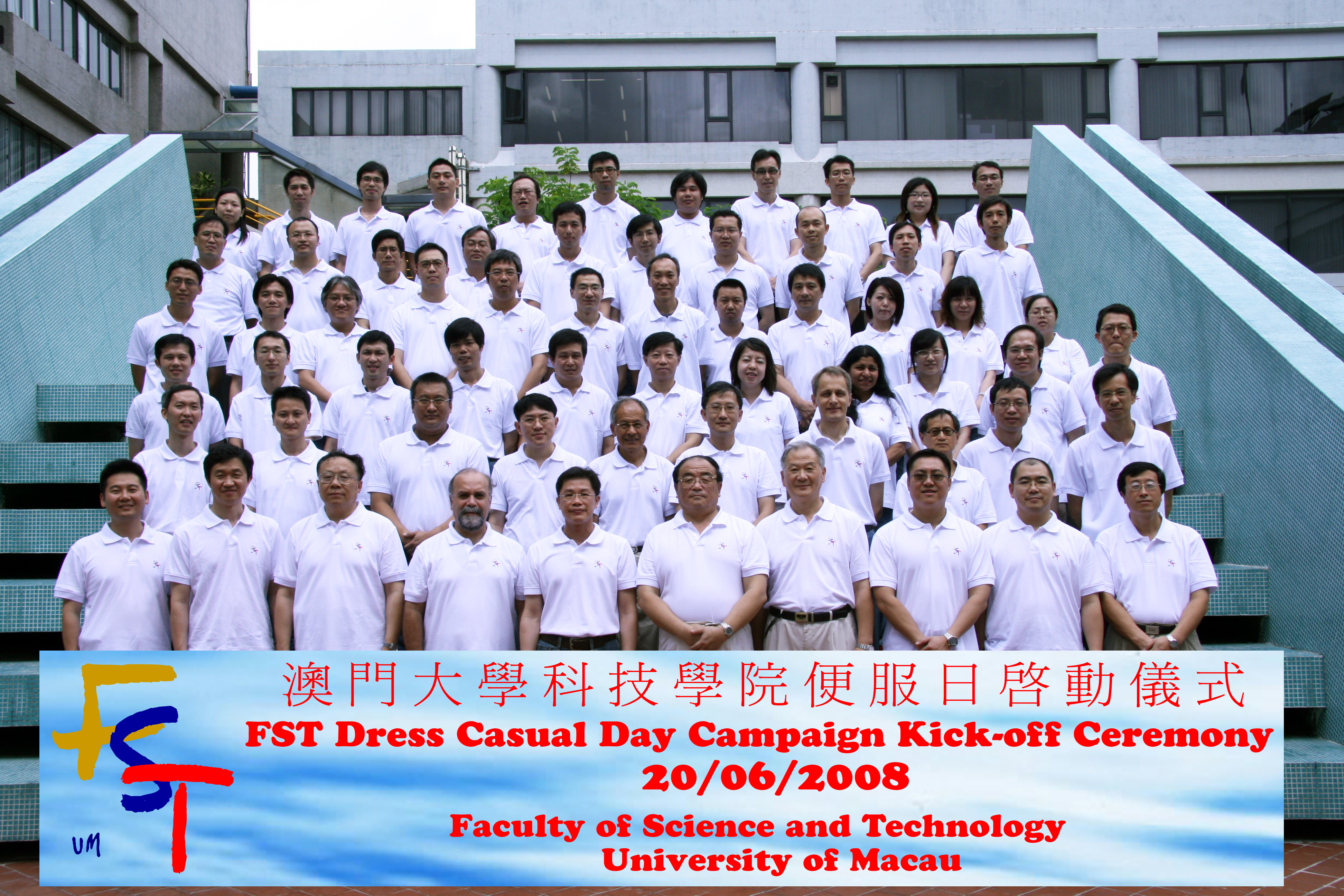