Tracy Choi, a young director in Macao, said that after the official screening of her documentary I’m Here her mother, while walking on the street one day, was approached by a young girl who said to her, “Auntie, do you mind if I give you a hug?” The young girl then gave her mother a hug and left. Tracy shared the story during the post-screening discussion with University of Macau (UM) teachers and students. Perhaps the little hug was the young girl’s way of paying tribute to Tracy and her mother for their courage.

The on-campus screening of Tracy’s documentary I’m Here and the post-screening discussion was organised by UM’s Department of Sociology. The documentary was written and directed by Tracy. She invited her family, one of her female good friends and another friend back from her kindergarten years to play in the movie. I’m Here tells the story of the girls’ growth from budding awareness of their sexual orientation, to trying to hide their true identity from everyone else, including their family and friends, to their painful internal struggle about whether to come out amid the pressure from various parties, to finally releasing their true self. Ever since its official screening in Hong Kong and Macao, I’m Here has received  very positive response, sparking discussions about the rights of homosexuals. Dr Eleanor Cheung Pui Kei, a part-time teacher from the Department of Sociology, noted during the post-screening discussion that students from her Gender and Society class don’t have a lot of chances to interact with members of the sexual minorities, and so she hopes to help students gain a better understanding of the relevant issues through various activities, especially through face-to-face conversations. She remarked that they chose I’m Here because they hoped to give the students exposure to local cinematic works that deal with this topic so they could have a deeper understanding of the Macao society from the perspective of sexual minorities. She was very happy that participants found this activity educational.

Tracy received her bachelor’s degree from Taiwan and is currently studying for a master’s degree in film production at the Hong Kong Academy for Performing Arts. I’m Here is her first documentary about homosexuals which she hopes could help to foster greater tolerance and understanding in society. During the post-screening discussion session, many students were curious about the production process, and many showed concern about the pressure experienced by sexual minorities in Macao. Sara, a third-year student at UM, said that the film let the students see real stories of lesbians and did help remove many old prejudices against them. Sara said she hopes sexual minorities could be accepted by society and their family. “Gays and lesbians in Macao are faced with many difficulties, and I want you to know that I truly admire your courage to just be yourself,” said one participant to Tracy during the discussion. These words seem to also remind us about the need to care more about the different groups in society to make sure that the light of equality and freedom shines through every corner of Macao.


Should you have any inquiries about the press release, please feel free to contact Ms. Veronica Tang at（853）8397 4323 or prs.media@um.edu.mo or visit UM webpage www.um.edu.mo. 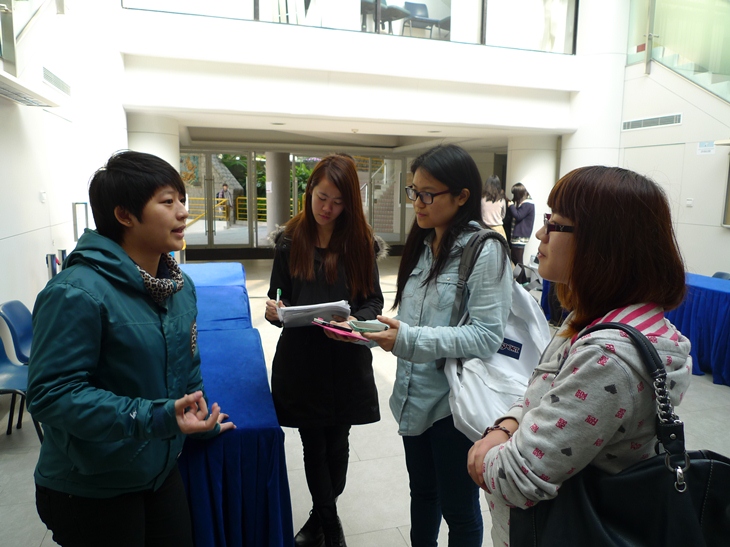 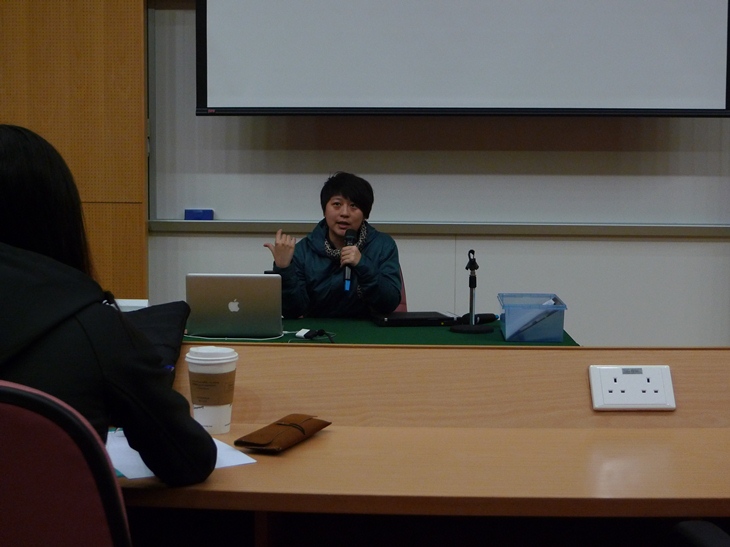 Tracy Choi discusses the film with the audience after the screening 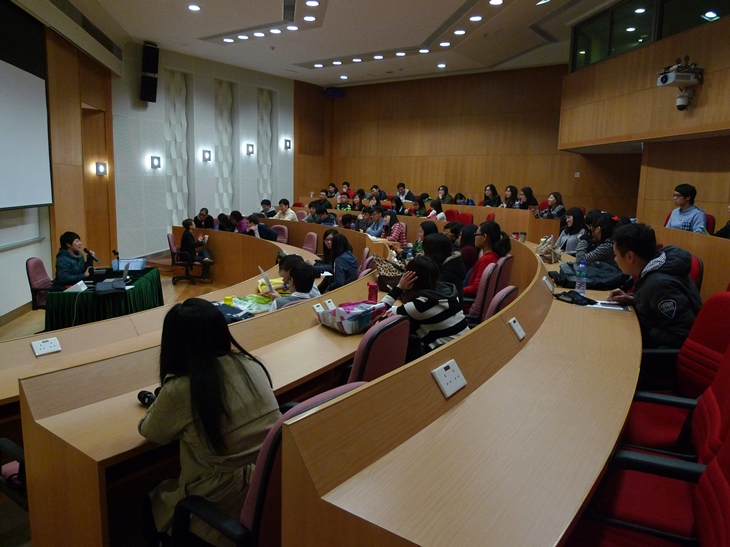