Guangdong Party Secretary Wang Yang received University of Macau (UM) Rector Wei Zhao and his colleagues on 23 November. Both parties exchanged ideas on collaboration between Guangdong and Macao in higher education, science, technology and the humanities.

Wang Yang warmly received the delegation from UM. He said that the government of Guangdong province will continue to support UM in its future development and hopes to strengthen collaboration with UM in education, science, technology and the humanities. He added that Guangdong and UM should enhance collaboration and exchange in Chinese medicine and microelectronics especially given the two state key laboratories in these two areas. He expressed his hope that both sides could use the new UM campus on Hengqin Island as a platform to integrate academic resources to advance the development of higher education institutions in Guangdong and Macao. Wang Yang attended the new campus groundbreaking ceremony along with Chinese President Hu Jintao and Macao SAR Chief Executive Chui Sai On on 20 December 2009. During his numerous later visits to the new campus construction site, Wang Yang stressed that construction quality must be assured.

Rector Wei Zhao thanked the central government and Guangdong government for their support. He expressed his hope that apart from Chinese medicine and microelectronics, UM and Guangdong could strengthen collaboration in other areas as well, including Macaology, Lingnan studies and the humanities. 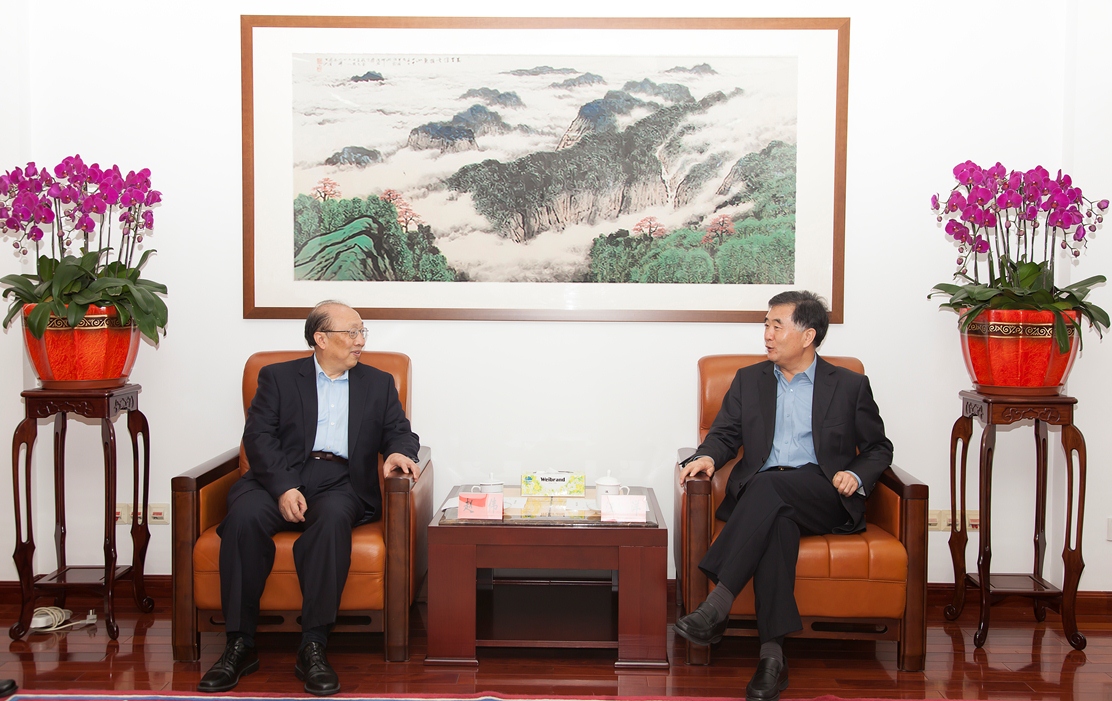