At the final of the 20th Intervarsity Cantonese Debate Contest, the University of Macau (UM)’s Cantonese Debate Team, the two-time defending champion, defeated the Chinese University of Hong Kong team and won the championship of the contest for the third straight year. The motion of the debate was “Hong Kong and Macao should continue to implement the cash handout scheme”.

The competition was quite intense and gripping, with the two evenly matched teams firmly holding their grounds. Through several rounds of debates full of witty repartee, UM team finally beat its rival 3:2, with the third speaker winning the best debater award. The two teams shared debating skills and exchanged views on the debate motion after the contest. 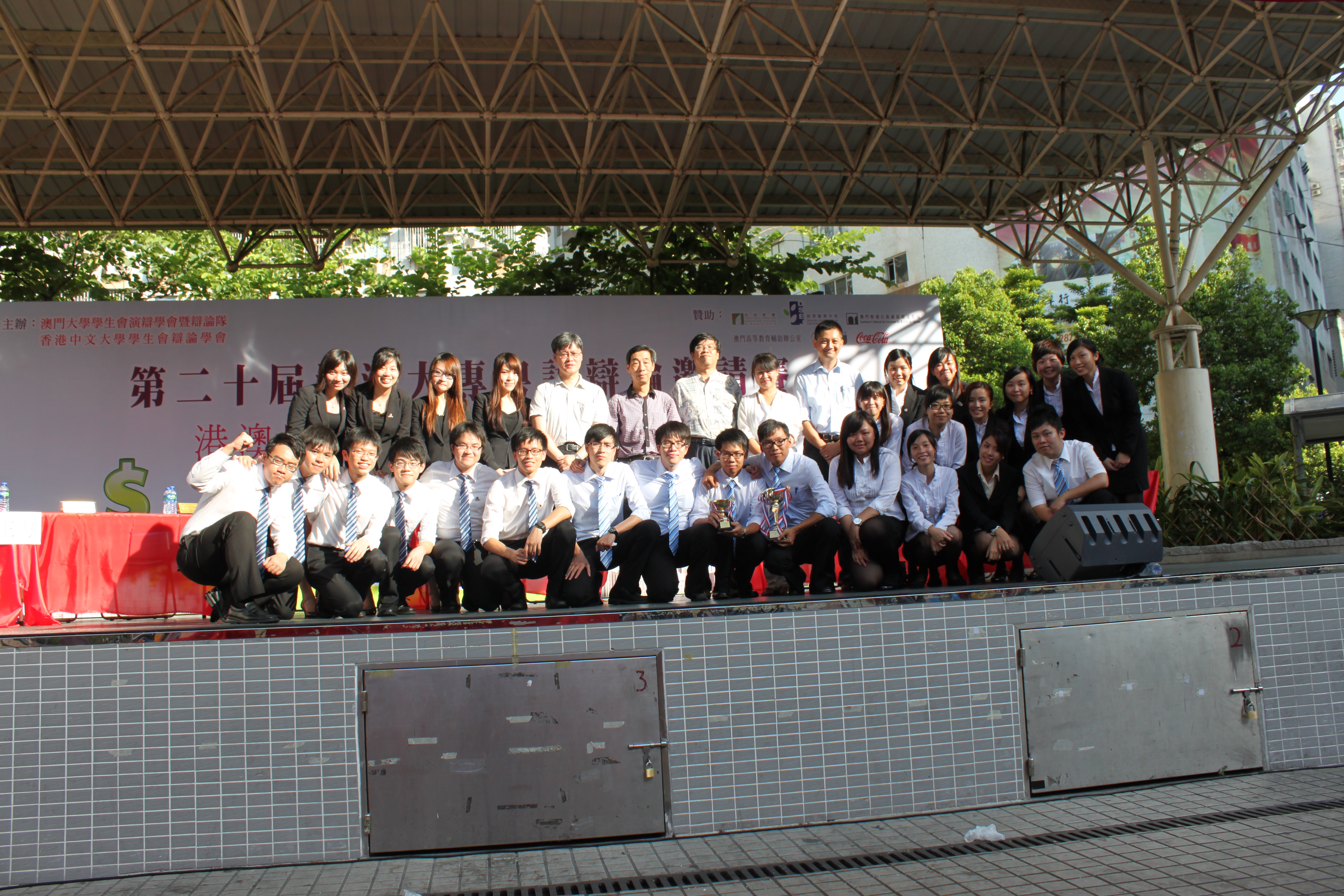