The University of Macau’s (UM) Cantonese Debating Team won the Hong Kong – Macao Cantonese Debate Invitational Contest which took place in Auditorium II at UM’s University Library on 18 June 2011, with a score of 5:0 to the rival team from the Hong Kong Polytechnic University (PolyU). The motion of the debate was “The pros of using tablet PC tools for early childhood education outweigh the cons". UM team debated as the negative side and PolyU team as the affirmative side.

The contest was sponsored by the Education and Youth Affairs Bureau of Macao SAR. After the contest, the teams shared their knowledge about debating skills and exchanged relevant experiences. 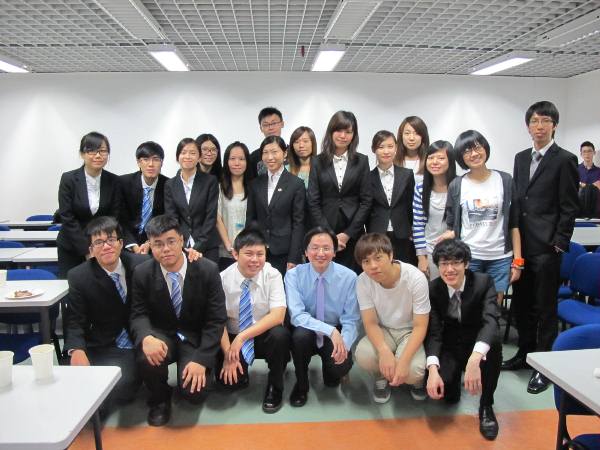