In 387 BC, at the height of the ancient Greek civilization, Plato founded the Academy in Athens. There were classrooms in the Academy, and there were parks and stadiums nearby for the teachers and students to relax and exercise. The Academy was the first institution in Europe to integrate higher education and academic research. The name “Academy” was devised by Plato and later became a general term for research institutes and colleges. Plato’s Academy was not just a place for teaching, but also a place where teachers and students lived together, carried out social activities and discussed philosophy. The Academy produced many great sages for humankind, including Aristotle.

On the other end of the world, during the Spring and Autumn Period and the Warring States Period in ancient China, different schools of thought thrived and fought for supremacy. Leading thinkers, educators and philosophers from that period, such as Confucius, Menfucius, Chuang Tzu, Sun Tzu, and Han Fei Tzu, founded private schools and produced generation after generation of outstanding graduates, some of whom became legendary figures in history. As early as the Tang dynasty, the ancient China already saw the emergence of the first group of local educational institutions with the word “college” in their names, such as Bai Lu Dong College in Shanxi province and Yue Lu College in Hunan province. In these colleges, teachers and students helped each other to improve teaching and learning through living together.

The Necessity of Whole-person Education

Macao is developing fast, and it is growing increasingly internationalized. This inevitably requires that local institutions of higher education provide a steady supply of “whole persons” who possess expertise and high integrity and also care about society. As the leading university in Macao, the University of Macau (UM) is duty bound to fulfill this sacred responsibility.

However, we still have lingering doubts: Is it possible for a university to help its students realize balanced, well-rounded development, open their minds, broaden their horizons, and develop leadership skills and critical thinking ability through several fleeting years of in-class education alone? UM’s Vice Rector (Academic Affairs) Prof. Simon Ho, who served as a member of senior management at the Chinese University of Hong Kong’s Chung Chi College for more than twenty years, has some insightful views about residential college (RC) system. After taking up office as the vice rector of UM in 2009, Prof. Ho played an instrumental role in the reform of undergraduate curriculum structure, the introduction of general education, and the launch of the pilot RC programme as the convenor of the Working Group on Residential College System.

Prof. Ho noted that rapid economic development over the past several decades have led to fast expansion of universities worldwide, and amid this trend, university teaching staff tend to focus on research and publication of papers, while gradually neglecting teaching and paying less attention to the study and life of undergraduate students outside the classroom; some even assume that arranging on-campus accommodation and organizing extra-curricular activities are a panacea for all the problems. Prof. Ho remarked that the consequence of this misconception is that many universities have fallen into the trap of putting teaching on the back burner in their pursuits to become “research-focused universities”, which in turn affects the students indirectly but profoundly, as reflected in the students’ failure to think from different perspectives, immaturity and childishness in dealing with people and things, lack of communication skills and critical thinking ability, and relatively low stress-coping ability, despite their possession of expertise and various theories.

How can we combine in-class learning with students’ life outside the classroom? How can we make the teaching staff resume genuine caring for the students? How can we return to the lost goal of nurturing “whole persons”? These have become dominant concerns of many universities in the process of undergraduate education reform.

The same is true of UM, and that’s why we are looking to the RC system to be implemented on the new campus to bring about new changes. RC system is generally acknowledged to be a relatively good model. Hopefully, it can become the cornerstone of whole-person education at UM and allow the students to learn and have fun at the same time.

A Learning and Living Community

An RC is different from a faculty in that an RC breaks down the traditional boundaries between academic disciplines and purposefully arranges for students of different academic backgrounds and ideas to live and learn together. An RC is also different from a cold dormitory building in that it is a big warm family inhabited by hundreds of people. Each “semi-enclosed” RC normally has low-density buildings, including student dormitories, quarters for college heads, chiefs of student development, resident fellows and some teaching staff, dining halls, classrooms, study rooms, consultation rooms, small libraries, computer laboratories, recreational amenities, performance and rehearsal areas, gathering and activity rooms, offices of the college students’ union and other student organizations, and green spaces like courtyards.

Prof. Ho noted that the availability of a complete set of facilities alone is not enough for whole-person education. He said the essence of the RC system lies in its being a small learning and living community with both educational and residential functions. In an RC, students and teachers live together, eat together and interact frequently. The college affairs office and student organizations organize various academic, social, cultural, recreational and sports activities and offer internal part-time job opportunities. Therefore, an RC provides an ideally interactive and caring environment for a university to conduct non-formal education, stimulate the students to study diligently, and shape their character development.

Each RC tends to have its own culture and character. For instance, students from college A may be interested in current affairs; college B may have many athletic stars; college C may be particularly good at organizing interesting activities. Different RCs may differ in culture and character, but they have a shared purpose: Helping students to develop willpower and critical thinking ability, to improve interpersonal skills, and to become more tolerant of different ideas and cultures, through various fun activities and frequent interaction with fellow students and teachers.

Prof. Ho believes that an RC differs fundamentally from a traditional dormitory in that the former has both educational and residential functions while the latter does not. A traditional dormitory usually just provides living facilities, while offering very few, if any, educational functions. An RC is different. It is a small but highly-integrated academic community that offers accommodation, extracurricular activities, and non-formal education, as a healthy extension of in-class education.

UM has launched a pilot RC programme on the current campus, as part of its efforts to implement the new “4-in-1” pedagogical model and to facilitate whole-person education. Prof. Ho noted that not every university has space large enough for building RCs, and UM’s new campus which is now under construction will create the conditions that will allow UM to build the largest RC system in Asia. But he added that successful operation of RCs is by no means easy, because it entails considerable resources, and more importantly it requires that all UM members understand, embrace and live the spirit of the RC system, work together to build a culture, create a good atmosphere, and be committed to the new “4-in-1” pedagogical model.
“It’s only been a year since we launched the pilot RC programme, but we have already received great support and recognition from various parties, which gives us greater confidence to carry on our good work,” said Prof. Ho. 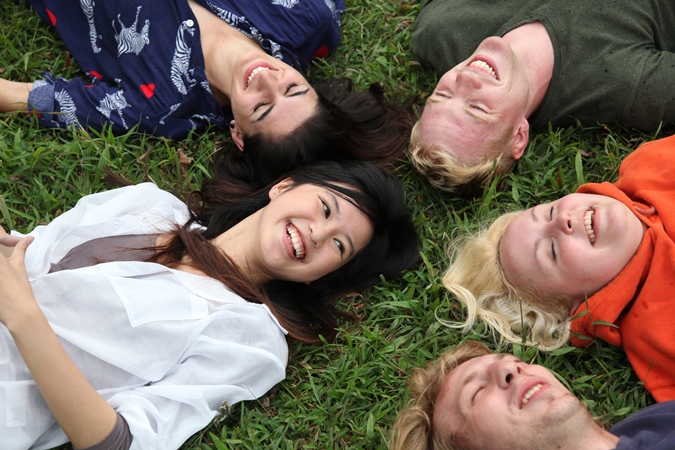 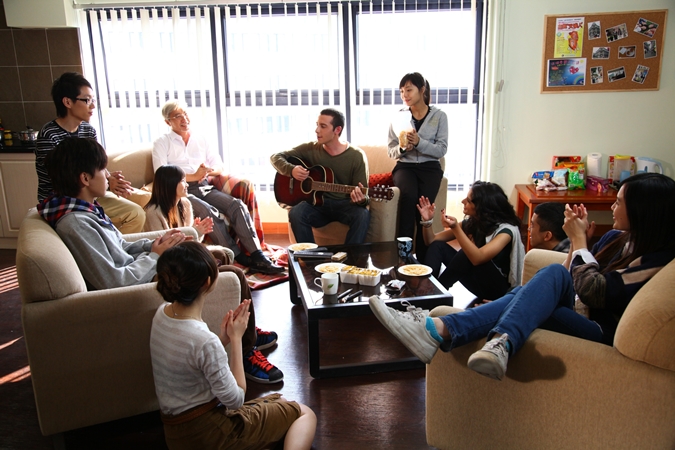 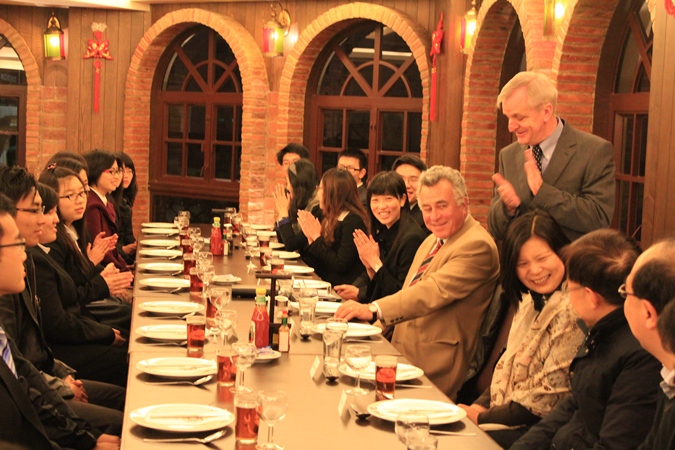