In 1999, the year Macao returned to China, the world’s first Chinese- Portuguese electronic dictionary (PCT) was launched at the University of Macau (UM) and Prof Wong Fai became a pioneer in machine translation research in Macao. This year marks the 20th anniversary of Macao’s handover. Prof Wong and his team have yet again created a new record in machine translation—they developed UM-CAT, the world’s first online Chinese-Portuguese-English computer-aided translation platform.

Facilitating the Transition of Macao

A veritable epoch-making technology, PCT has served the first government of the Macao Special Administrative Region and the private sector in the translation of a substantial number of documents. Developing a machine translation system is in essence a process of teaching the machine to ‘understand’ and ‘contemplate’ language, which is one of the greatest challenges in the development of artificial intelligence technology. Before Macao’s return to China, research in this area was virtually nonexistent. Soon after the launch of the e-dictionary, more than 800 government departments and private companies became registered users. ‘Before the handover of Macao’s sovereignty to China, a large number of official documents needed to be translated, but there was no software or system to aid the translation, so the development of the first e-dictionary was driven by a practical need,’ says Prof Wong.

In 2007, during his visit to UM, then Portuguese President José Sócrates praised the university for its achievements in Chinese-Portuguese translation studies, which he believed would promote friendship and collaboration between China and Portugal. In 2009, UM established the Natural Language Processing & Portuguese-Chinese Machine Translation Laboratory (NLP2CT) and appointed Prof Wong as its director. The machine translation systems developed by UM over the years have indeed greatly facilitated Sino-Portuguese communication in business and cultural affairs.

Prof Wong entered UM in 1991 to study software engineering. ‘I cherished the opportunity to study at UM because back then it was already the best university in Macao,’ he says. In 1995, he was recommended by UM to study at the Institute of Systems and Computer Engineering (INESC in its Portuguese acronym), a scientific research institution in Portugal, for his outstanding academic performance. At the INESC, he was responsible for developing a geographical information system for the Portuguese military. He returned to Macao the following year and was appointed by UM as a principal investigator for a research project on Chinese-Portuguese machine translation, jointly conducted by UM and Tsinghua University.

Prof Wong believes that the transitional period leading up to Macao’s handover provided the perfect conditions for his team to develop cutting- edge technology in order to create the world’s first Chinese-Portuguese machine translation system. He explains, ‘First, unlike machine translation between Chinese and English, technologies for machine translation between Chinese and Portuguese were virtually nonexistent. So we had to start from scratch and develop many core technologies by ourselves. Second, this is an interdisciplinary research area that involves computer science and language. Fortunately, UM had strong resources in both fields. Faculty members and students from the Department of Portuguese were involved in the entire process, from data input to proofreading and testing.’ Looking back, Prof Wong notes that UM has played a crucial role in cultivating professionals in machine translation. ‘Most of those who are now working in manual or machine translation that involves the Portuguese language in Macao or mainland China either graduated from UM or have been trained by our graduates,’ he says.

The year 2019 marks the 20th anniversary of Macao’s handover to China. This year, Prof Wong and his team from the NLP2CT launched UM-CAT – the latest Chinese-Portuguese-English online translation system that can effectively assist professional translators by producing smart full- text translation with a high degree of accuracy. The team’s next goal is to tackle the challenge of voice translation between Chinese and Portuguese. ‘As a spin-off of machine translation, voice translation is considered to be the most commercially promising area in the next five years,’ says Prof Wong. Currently, the NLP2CT is working to develop a smart conference translation system that can accurately identify and translate the languages used in a multilingual conference to enhance the efficiency of the conference process. The system is expected to be launched for the mass market in the near future.

Related articles:
Rose Lai: My Sense of Mission Urges Me to Return to UM
Augusto Teixeira Garcia: Nurturing Legal Professionals for Macao
Agnes Lam: My Life Is Filled with Opportunities Given by UM
Wong Fai: PCT Facilitates the Transition of Macao
Elvis Mak: 20 Years of Studying Microchips at UM
UM Students Born in 1999 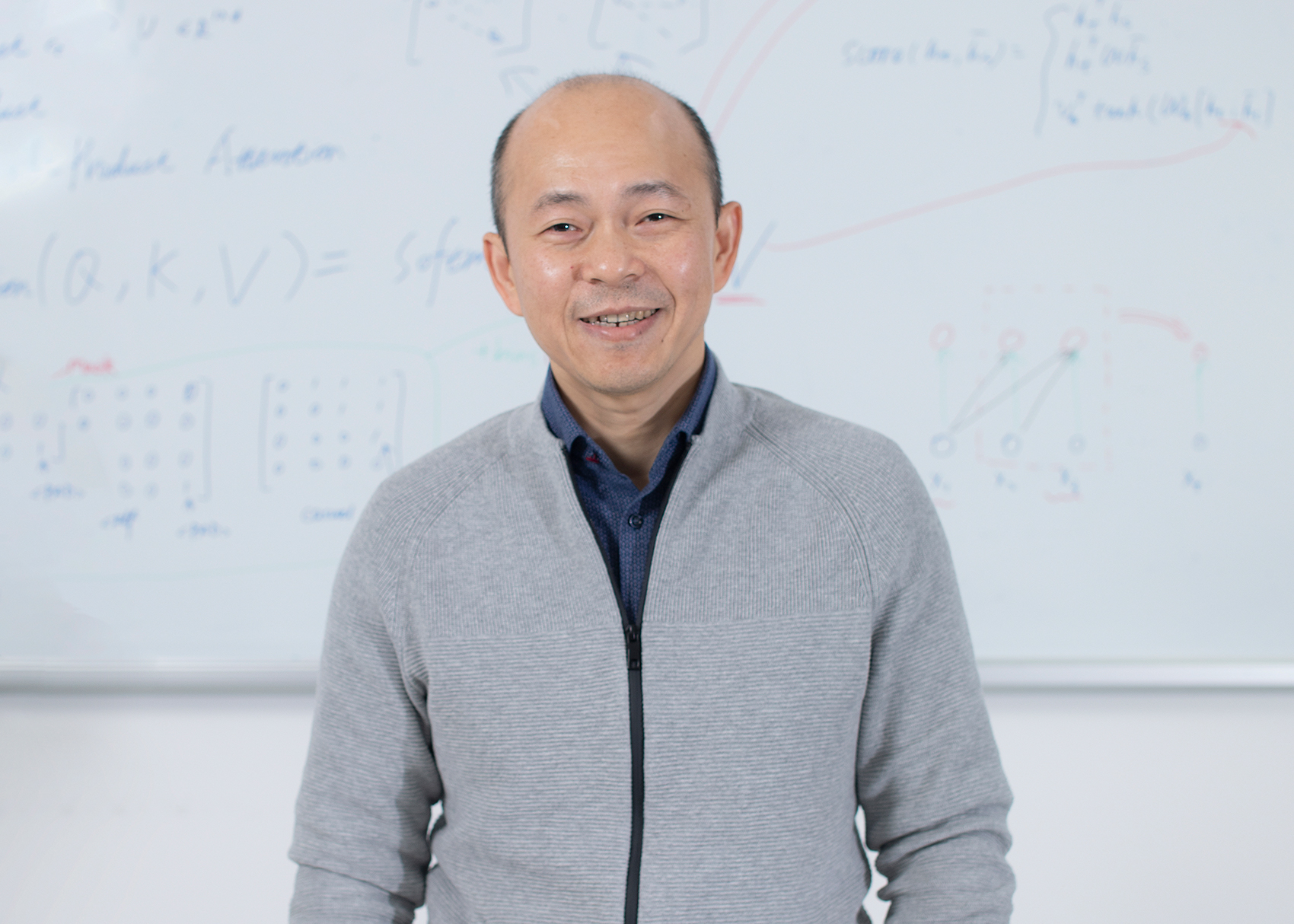 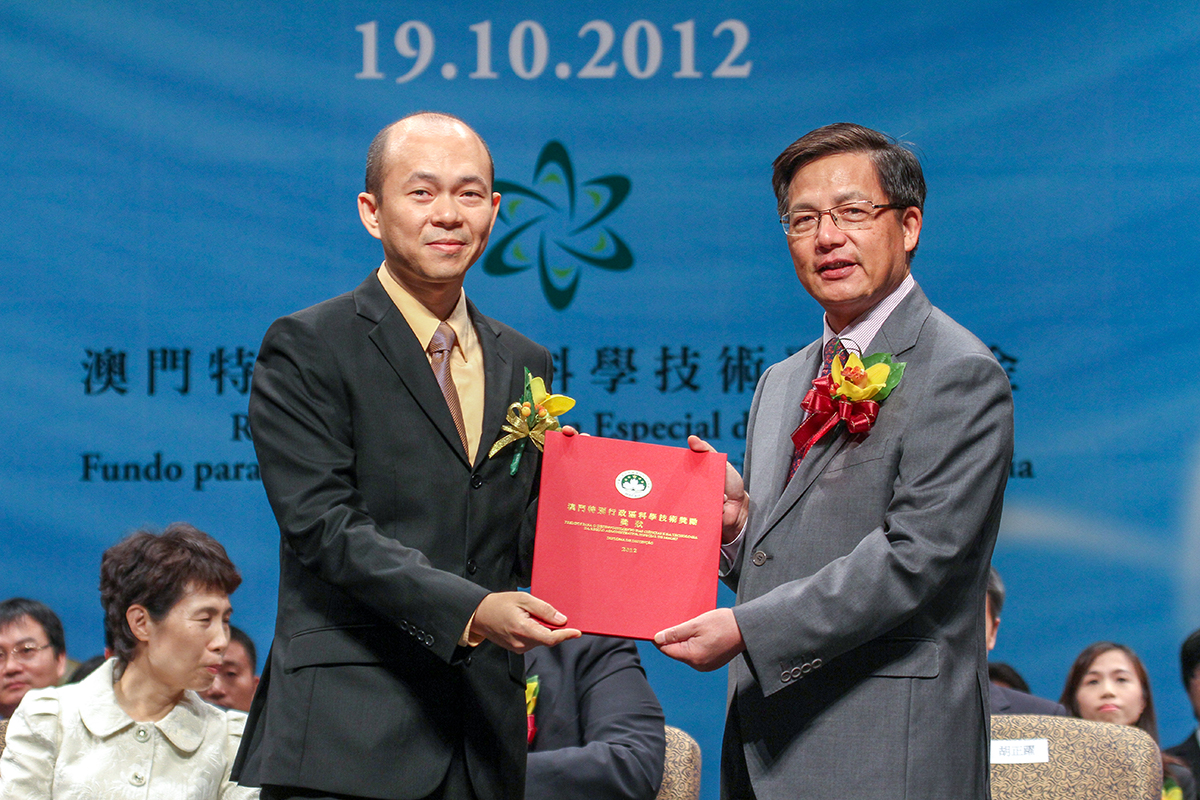