Co-founded by CPS and Servier, a French pharmaceutical group, the award aims to recognise scientists with outstanding contributions in pharmacology. Prof. Lee, recipient of this year’s SERVIER Young Pharmacologist Award, won unanimous recognition from the panel of judges with his pioneering studies of the role of Chinese medicine and its individual ingredients in regulating angiogenesis and in treating the Parkinson's Disease based on the genetically modified zebrafish model, as well as the related research on pharmacological mechanism and drug metabolism.

CPS gained the status as a national first-class society in 1985. It brings together outstanding pharmacologists from around the country, and has established bilateral academic partnerships with pharmacological societies in several countries, including France, Russia and the United Kingdom. Its numerous publications, including Acta Pharmacologica Sinica (English), Chinese Pharmacological Bulletin, and Pharmacology and Clinics of Chinese Materia Medica, have played an important role in enhancing academic exchanges both at home and abroad. SERVIER is a France-based pharmaceutical group, with its business covering 140 countries. It has international treatment and research centres in nineteen countries to carry out large-scale clinical research. 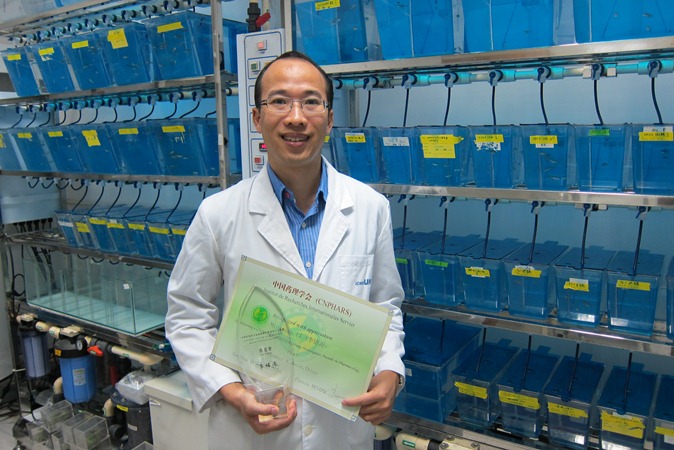 Prof. Lee Ming-Yuen is this year’s recipient of the SERVIER Young Pharmacologist Award