Prof Shim Joong Sup and his research team in the University of Macau (UM) Faculty of Health Sciences (FHS) have discovered new drug targets for the treatment of small cell lung cancer (SCLC). The study has opened up a new avenue in the field of SCLC research and has been published in the internationally renowned journal Nature Communications.

SCLC is mostly diagnosed in advanced stages, accounting for approximately 20 per cent of primary lung cancer cases. Effective oncogene drug targets have not yet been discovered, making SCLC difficult to treat. However, Prof Shim and his team have found that RB1-mutant SCLC cells are highly sensitive to the inhibitors of aurora kinase A (AURKA) and microtubule dynamics, and the vast majority of SCLC (up to 90%) has loss-of-function mutations in the tumour suppressor RB1. This type of SCLC could be potentially hypersensitive to AURKA and microtubule dynamics inhibitors. Based on this finding, the team successfully induced cell death in this type of SCLC, providing new promising treatment options for SCLC.

RB1, the first identified tumour suppressor in human cancers, is a key controller of the cell cycle transition. By binding and inhibiting the oncogenic transcription factor E2F, RB1 tightly governs cell cycle progression. Loss-of-function mutations in RB1 cause the activation of E2F-driven gene transcription and uncontrolled cell cycle progression, leading to the cancerous transformation of the cells. RB1 has been found highly mutated in patients with SCLC (~90%). Unlike NSCLC (non-small cell lung cancer), where several oncogene drug targets such as EGFR, VEGF and BRAF have been exploited for targeted cancer therapy, SCLC does not have known drug targetable oncogene drivers. Instead of finding new oncogene drug targets, Prof Shim’s team exploited the high level of mutations in the tumour suppressor RB1 to identify druggable targets in SCLC. With this aim in mind, they used synthetic lethality approach to selectively kill cancer cells with RB1 loss.

Through molecular-level and genome-wide studies, the team found that RB1 loss highly increased the expression of the microtubule destabilizer STMN1 in SCLC. The activity of the high level of STMN1 was largely suppressed by AURKA through inhibitory phosphorylation. Inhibiting the AURKA activity in the cells turned this potential weapon (STMN1) into the active form and strongly disrupted microtubule dynamics in RB1-mutant SCLC, causing selective mitotic cell death. These results have been further confirmed in experiments with mice. This study demonstrated potential applicability of the pharmacological inhibitors of AURKA and microtubule dynamics for the treatment of patients with SCLC.

The study was led by Associate Professor Shim Joong Sup. FHS’s core facilities, including the Genomics, Bioinformatics and Single Cell Analysis Core, and the Animal Research Core, have also made significant contributions to this study. The study was funded by University of Macau (File no. MYRG2017-00176-FHS and MYRG2019-00116-FHS). The full version of the related paper can be viewed at: https://doi.org/10.1038/s41467-020-18872-0 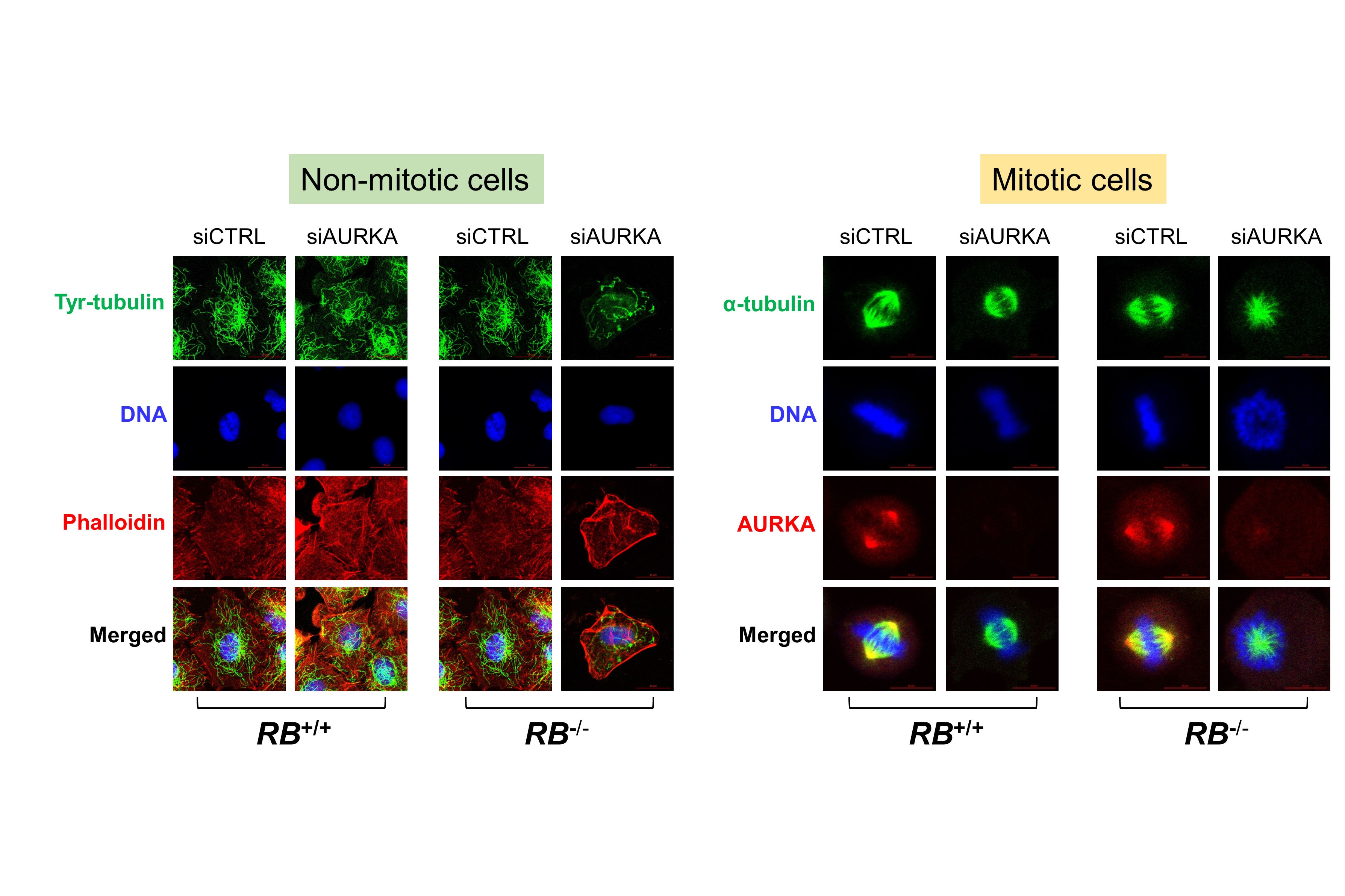 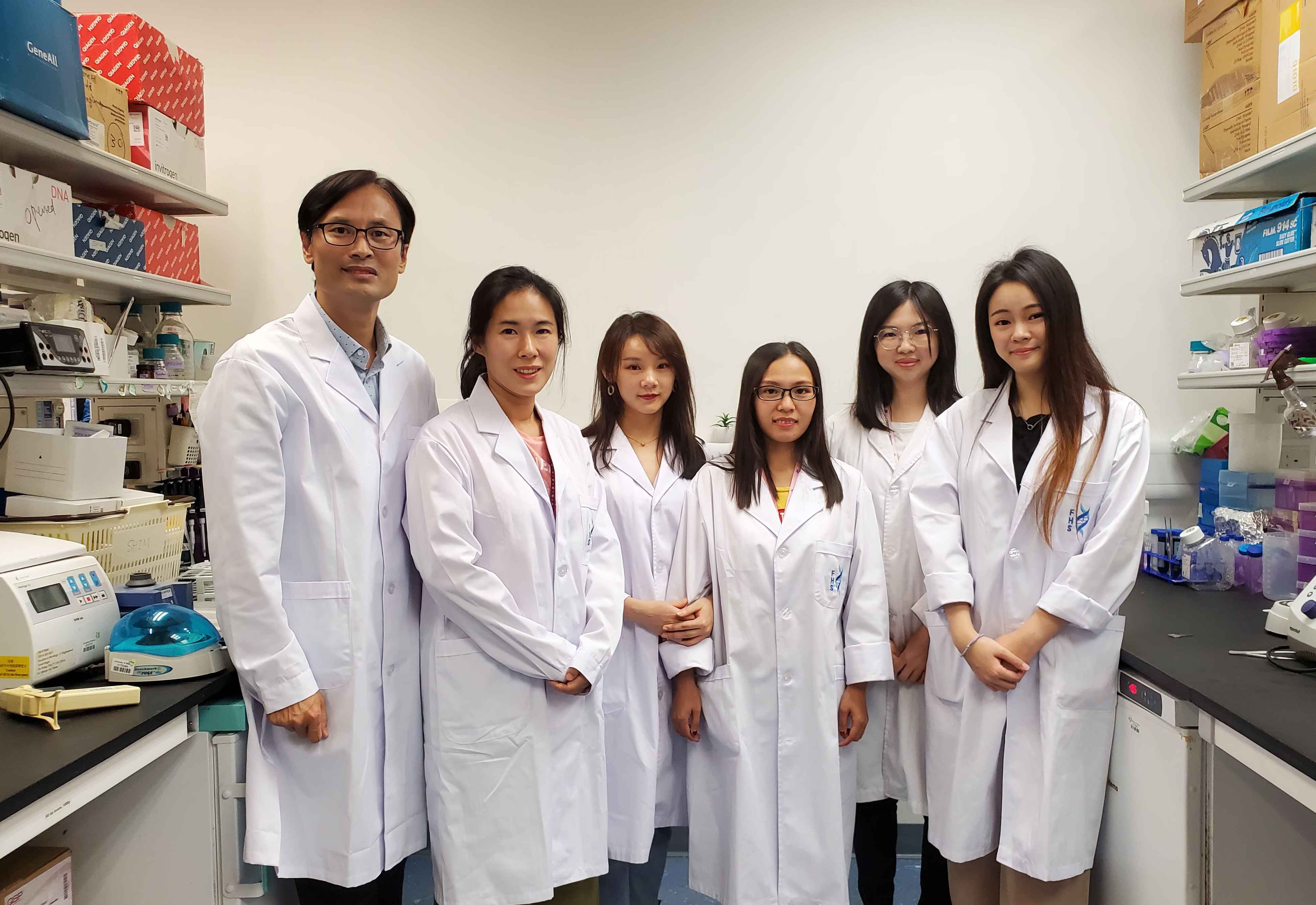