The Department of Sociology of the University of Macau recently completed a large-scale household survey in Macao. The results of the survey have been published into a book titled ‘Macao Social Survey’. Conducted over a period of five years, the study included sample surveys among, as well as interviews with, Macao residents. The study is expected to help people better understand Macao’s social development and changes.

Department of Sociology Professor Spencer Li De was the principle investigator of the study while Associate Professor Wang Hongyu, Cai Tianji, and Kuo Shih-Ya served as co-principal investigators. A number of other professors and postgraduate students in the department also participated in the study as members of the research team. From research design that began in 2015 to the eventual publication of the book, the study took nearly five years to complete. Using a multistage stratified cluster systematic sampling method with probability proportional to size, the research team drew a sample of more than 2,600 households and interviewed over 3,500 Macao residents aged 16 or above in the households. The survey covered a variety of topics, including social stratification, migration, family transformation, social identity, physical and mental health, values and norms, addiction and crime, and the influences of gaming and tourism.

Based on an analysis of the survey data, the study has yielded the following major findings: First, Macao is overall a prosperous and wealthy society with stable families. Macao residents are generally in good physical and mental health with an improving level of education. Second, a high percentage of Macao residents is composed of migrants and migrant workers who mostly came from mainland China to reunite with their families or to seek employment. Third, Macao residents report strong identification with mainland China. Most of them see themselves as both Macanese and Chinese. Fourth, multiculturism is prevalent in the faith and value systems among Macao residents. Most residents show an open and tolerant attitude and support gender equity. However, a small percentage of the population displays a conservative attitude, harbours prejudice against marginalised groups, and opposes gender equity. Fifth, the existence of various associations as political channels is a unique feature of the political system in Macao. Many residents actively participate in the election of members of the Legislative Assembly and express their opinions and demands to the appropriate government departments through consultation with these associations and the media, among other channels. Sixth, crime and delinquency remains at a relatively low level. Although Macao is the gaming centre of the world, gambling participation rate is relatively low among local residents, as is the rate of substance abuse. The main problems discovered through the survey include a lack of transport resources, the city’s heavy economic reliance on a single industry, and the overall lower educational level of Macao residents as compared to what is commonly observed in other developed regions of the world.

In the past, all the areas in the Greater China region have conducted population-based large-scale social surveys on an ongoing basis with the only exception of Macao. For instance, there were China Family Panel Studies in mainland China, Taiwan Social Change Survey in Taiwan, and Hong Kong Panel Studies of Social Dynamics in Hong Kong. The lack of a large-scale representative survey has significantly limited people’s understanding of problems in the Macao society as social indicators commonly found in other areas of the Greater China region were not available in Macao. To a large extent, this survey has filled the gap in the field of Macao studies. In order to gain a better understanding of Macao’s social development and changes, the research team will continue to conduct follow-up surveys among local residents who have participated in the baseline survey and will continue to collect data related to the key social indicators. The study was funded by the University of Macau (File No: MYRG2015-00116-FSS). 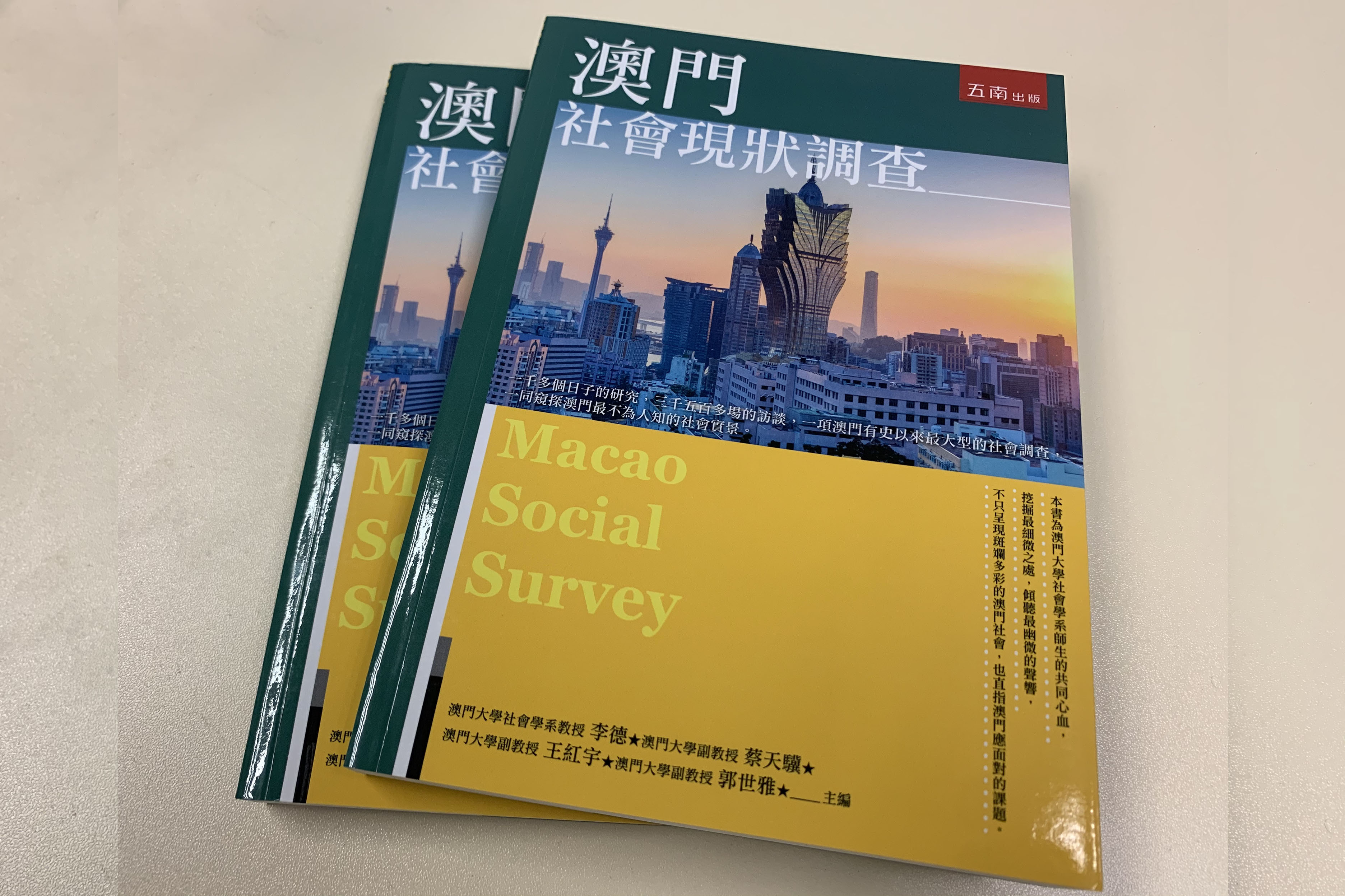