Prof U Seng Pan, deputy director of the State Key Laboratory of Analog and Mixed-Signal VLSI (AMS-VLSI Lab) of the University of Macau (UM), and Prof Mak Pui In, associate director (research) of the lab, recently each received a commemorative medal for the 70th anniversary of the founding of the People’s Republic of China, in recognition of their outstanding contributions to the development of science and technology in Macao. The medals were jointly awarded by the Central Committee of the Communist Party of China (CPC), the State Council, and the Central Military Commission of the CPC.

As an important part of the celebration of the 70th anniversary of the PRC, the commemorative medals are awarded to individuals who have won national honours and those who have otherwise made significant contributions to society. In 2016, Prof U became the first scholar from Macao to be appointed a member of the Ministry of Education’s Science and Technology Commission. In 2018, Prof Mak was appointed to the overseas expert panel of the Chinese Academy of Sciences. Prof U and Prof Mak were the first and the second recipients of the second prize of the 2011 State Scientific and Technological Progress Award, respectively. They are both internationally recognised experts in integrated circuits.

Prof U received his master’s degree in electrical and electronic engineering with highest honours from UM in 1997, and a joint PhD degree with highest honours from UM and the Higher Technical Institute (Instituto Superior Tecnico) of the Technical University of Lisbon, in 2002. He was the first from Macao to receive the Prize for Scientific and Technological Innovation from the Ho Leung Ho Lee Foundation. He was awarded the prestigious title of ‘Scientific Chinese of the Year’ in 2012. Over a span of just four years, he received eight awards at the annual Macao Science and Technology Awards. He was elected a fellow of the Institute of Electrical and Electronics Engineers (IEEE) for his cutting-edge design of analog integrated circuits and his outstanding interdisciplinary contributions. Prof U serves on the Technical Programme Committee of the IEEE International Solid State Circuit Conference (ISSCC) and a representative of the China region (2015-2019). He was also an IEEE Distinguished Lecturer (2014-2015). He is the president of the Organising Committee of the A-SSCC (2019).

Prof Mak has published over 300 papers, 20 of which have been presented at the IEEE ISSCC. He was elected a fellow of the Institution of Engineering and Technology (IET) of the United Kingdom and the IEEE, for his outstanding contributions to engineering research, education, and service. Prof Mak was born and raised in Macao. He obtained his bachelor’s and doctoral degrees in electrical and computer engineering from UM, in 2003 and 2006, respectively. He has since been a faculty member at UM. Prof Mak is currently the chairman of the IEEE Circuits and Systems Society’s (CASS) Distinguished Lecturer Programme. 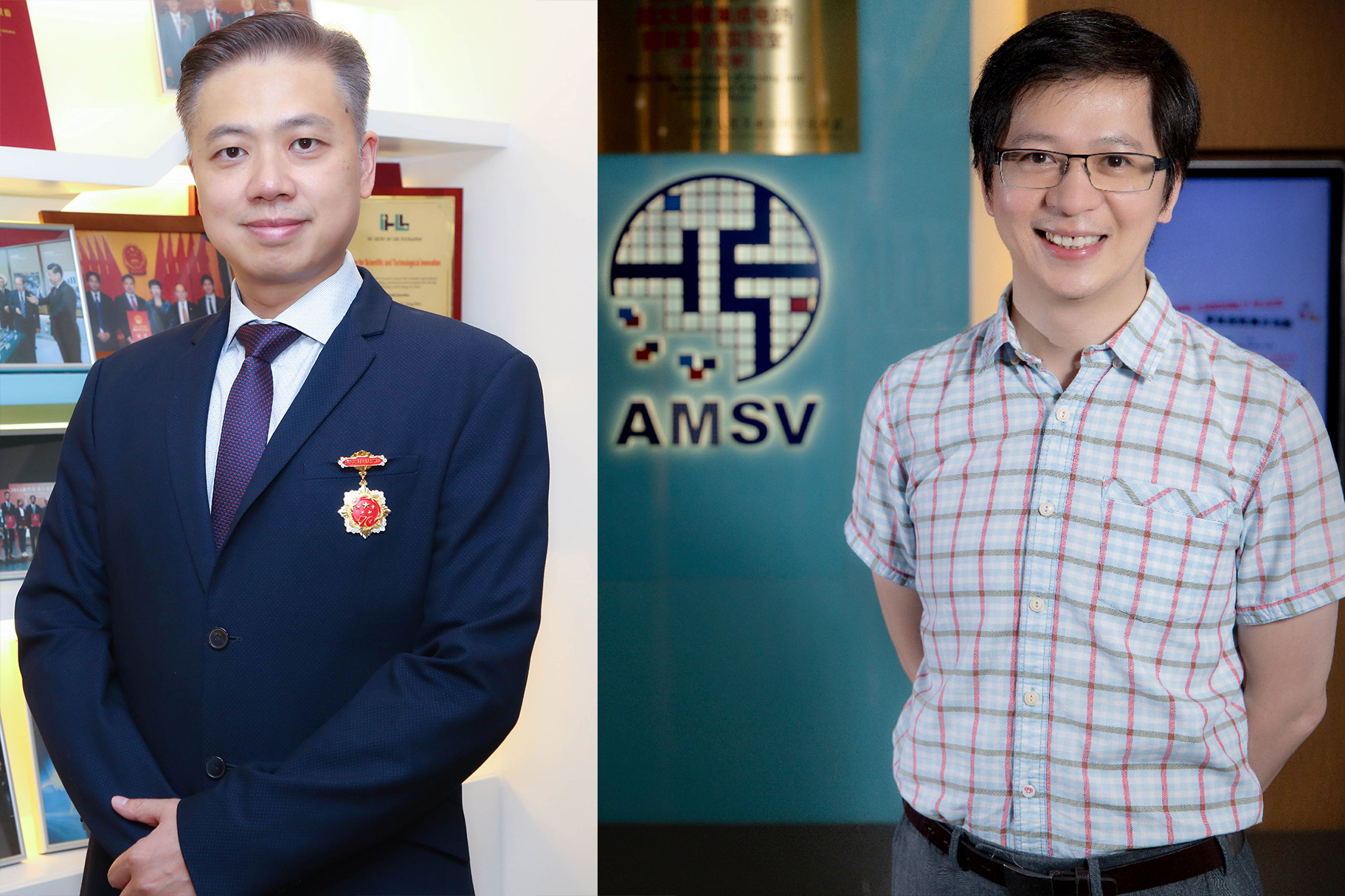 Prof U Seng Pan (left) and Prof Mak Pui In (right),recipients of the commemorative medal for the 70th anniversary of the PRC. 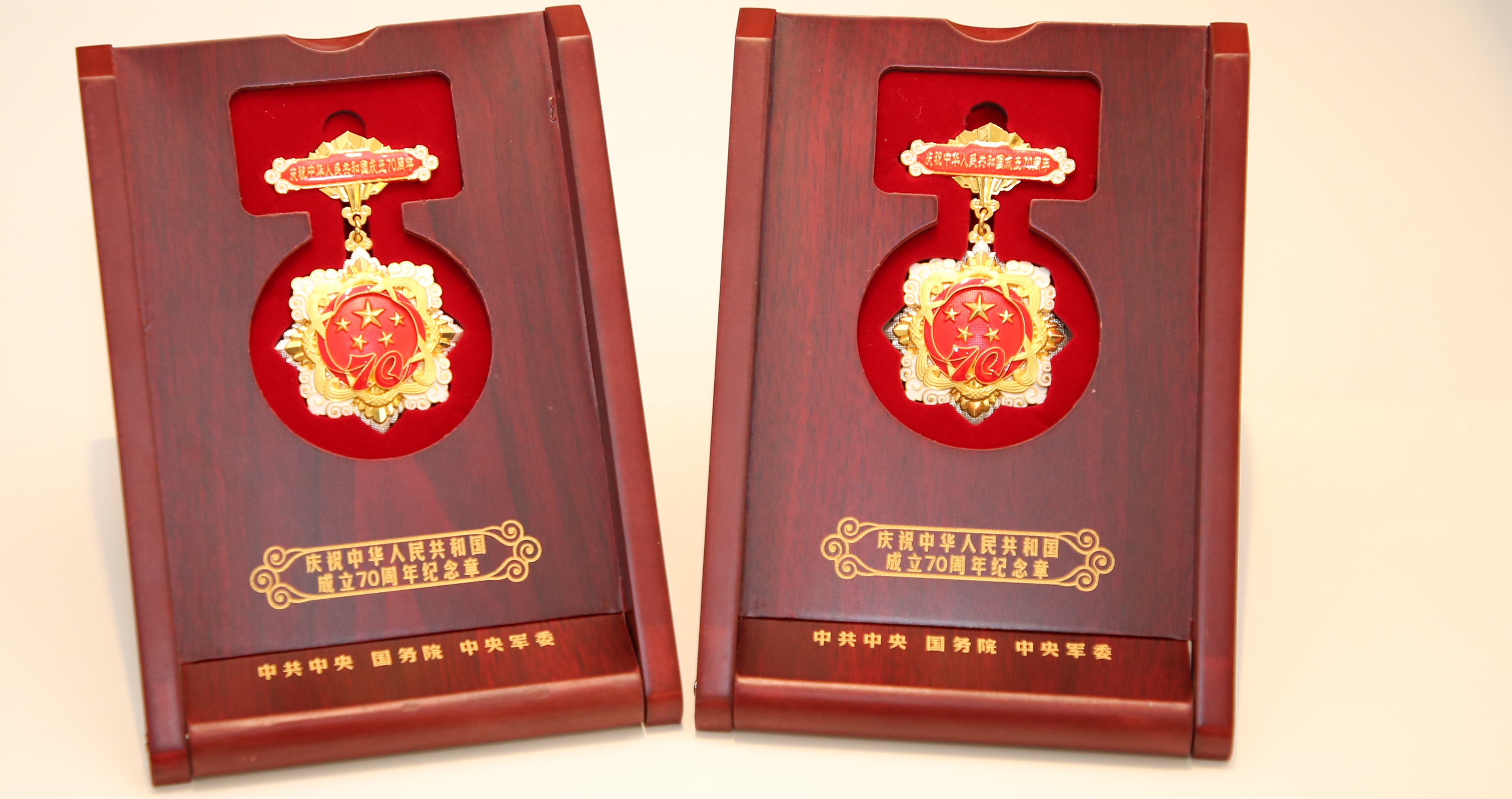