The Guangdong-Hong Kong-Macao University Alliance Annual Meeting and Presidents’ Forum 2019 was held today (19 July) at the University of Macau (UM). About 150 presidents of universities in the Greater Bay Area, experts, and scholars attended the meeting and had in-depth discussions on deepening collaboration and promoting teaching and research in higher education in the Greater Bay Area. During the same event, member universities of the alliance signed agreements on the establishment of professional alliances for public health, Chinese medical sciences, and Chinese language, in order to combine their strengths in these fields.

During the event, UM Rector Yonghua Song gave an opening speech. According to Song, UM as a member of the alliance has been playing an active role with an open attitude in initiating research collaboration and nurturing professionals together with other universities in the Greater Bay Area. In the future, UM will continue to take advantage of its unique strengths to establish a centre for technological advances and a base for talent development in the west of the Greater Bay Area, and will spread its influence to neighbouring areas. Zhu Chaohua, deputy head of the Department of Education of the Guangdong Province; Sou Chio Fai, director of the Higher Education Bureau of Macao; and Chang Wai Yuen, deputy secretary for education of Hong Kong, each gave a speech, followed by a keynote speech delivered by Xu Yongji, deputy managing director of the Department of International Cooperation and Exchanges, Office of Hong Kong, Macao and Taiwan Affairs, Ministry of Education.

UM Rector Yonghua Song, Sun Yat-sen University President Luo Jun, CUHK Vice-Chancellor and President Rocky Tuan, and other representatives in the alliance attended an annual meeting of the alliance. During the meeting, the university representatives discussed the work of the alliance in the past year and the work plan for the coming year. They also had in-depth discussions on teaching and research collaborations, the establishment of the new professional alliances, and the possibility of constructing key laboratories with the Chinese government.

This year’s Presidents’ Forum attracted representatives of over 41 universities in the Greater Bay Area and supporting units. During the meeting, Song said that UM has made an important step towards its integration into the Greater Bay Area by establishing an exemplary base for collaboration between industry, universities, and research institutes in Hengqin, Zhuhai. In the future, UM will place an emphasis on realising the commercialisation of its research results through the above collaboration. Chaired by Luo, the first session of the forum focused on how member universities can make the most of their resources and geographical advantages to achieve a win-win situation. Chaired by Tuan, the second discussion session explored how to increase the overall quality of teaching and research in the Greater Bay Area in order to promote economic development within the area.

Established in 2016, the university alliance was initiated by UM, Sun Yat-sen University, and CUHK. Sun Yat-sen University serves as the chair of the alliance while UM and CUHK serve as the vice chairs. So far 37 universities from the Greater Bay Area have joined the alliance. Its member universities hold academic forums and exchange activities on a regular basis to promote collaboration in scientific research and technological innovation, in order to nurture outstanding professionals for the Greater Bay Area. This year’s forum was supported by the Office of Hong Kong, Macao and Taiwan Affairs, Ministry of Education; the Department of Education of the Guangdong province; the Liaison Office of the Central People's Government in Macao, the Higher Education Bureau of Macao, the Liaison Office of the Central People's Government in Hong Kong, and the Education Bureau of Hong Kong. 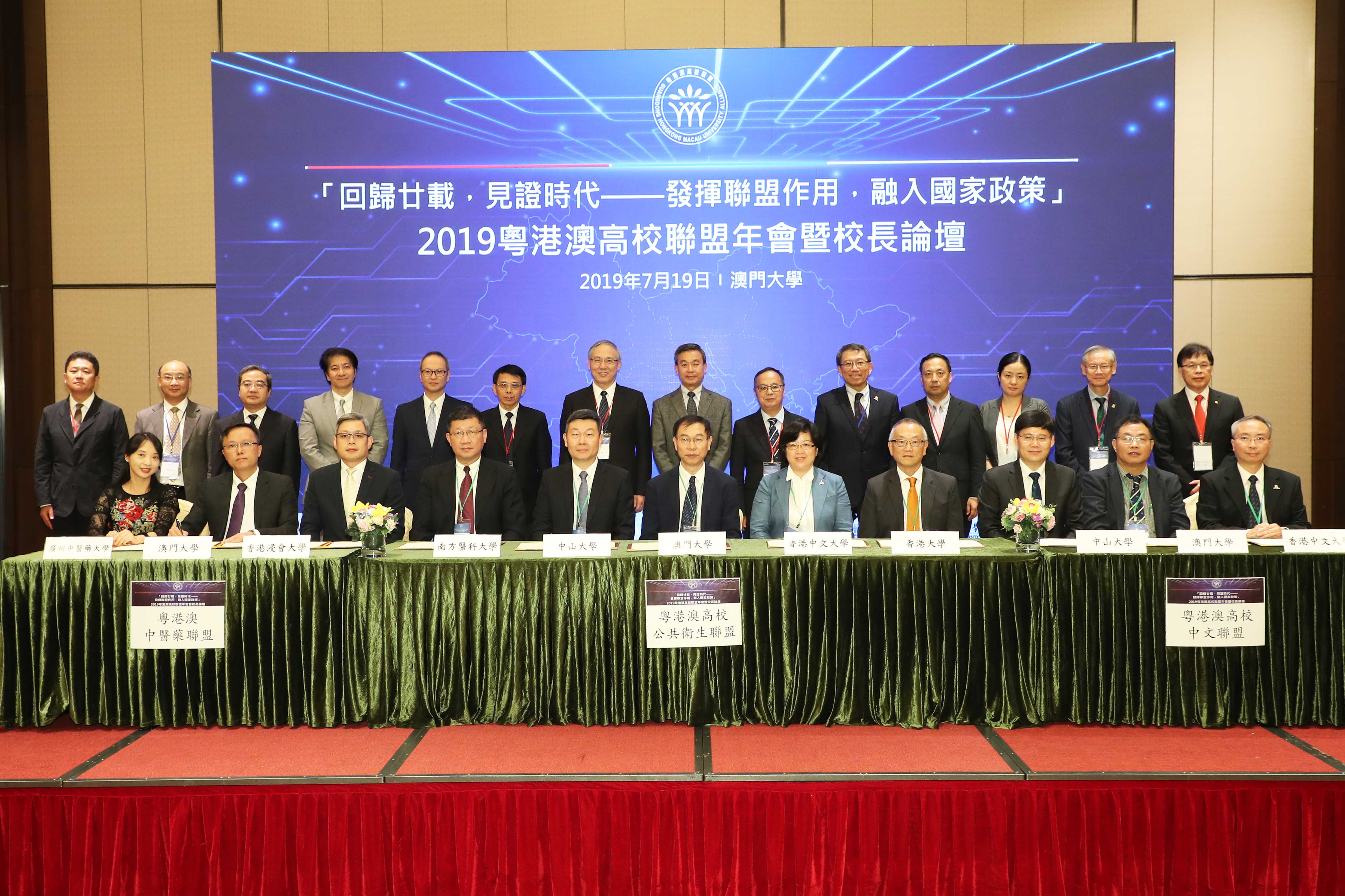 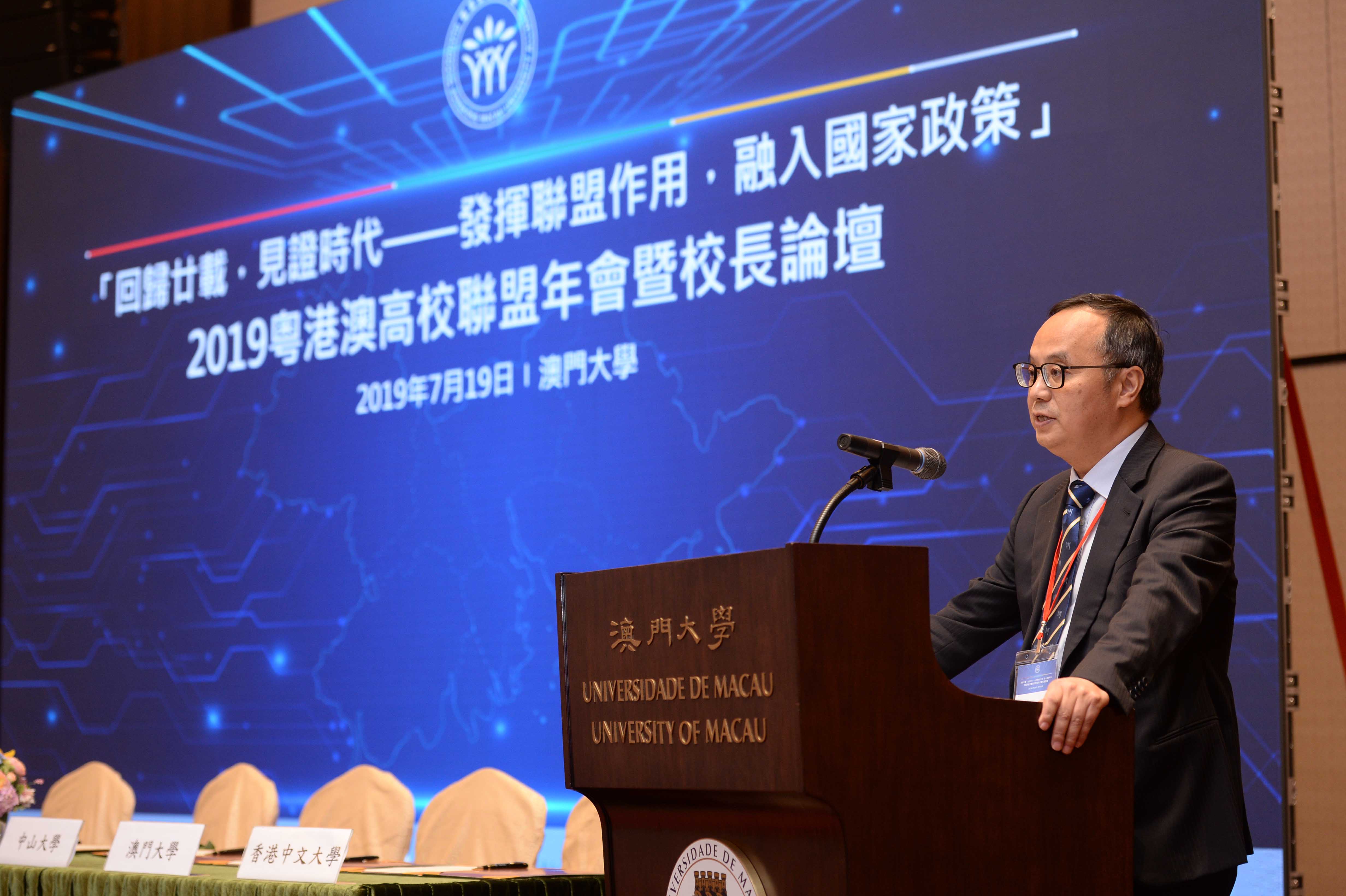 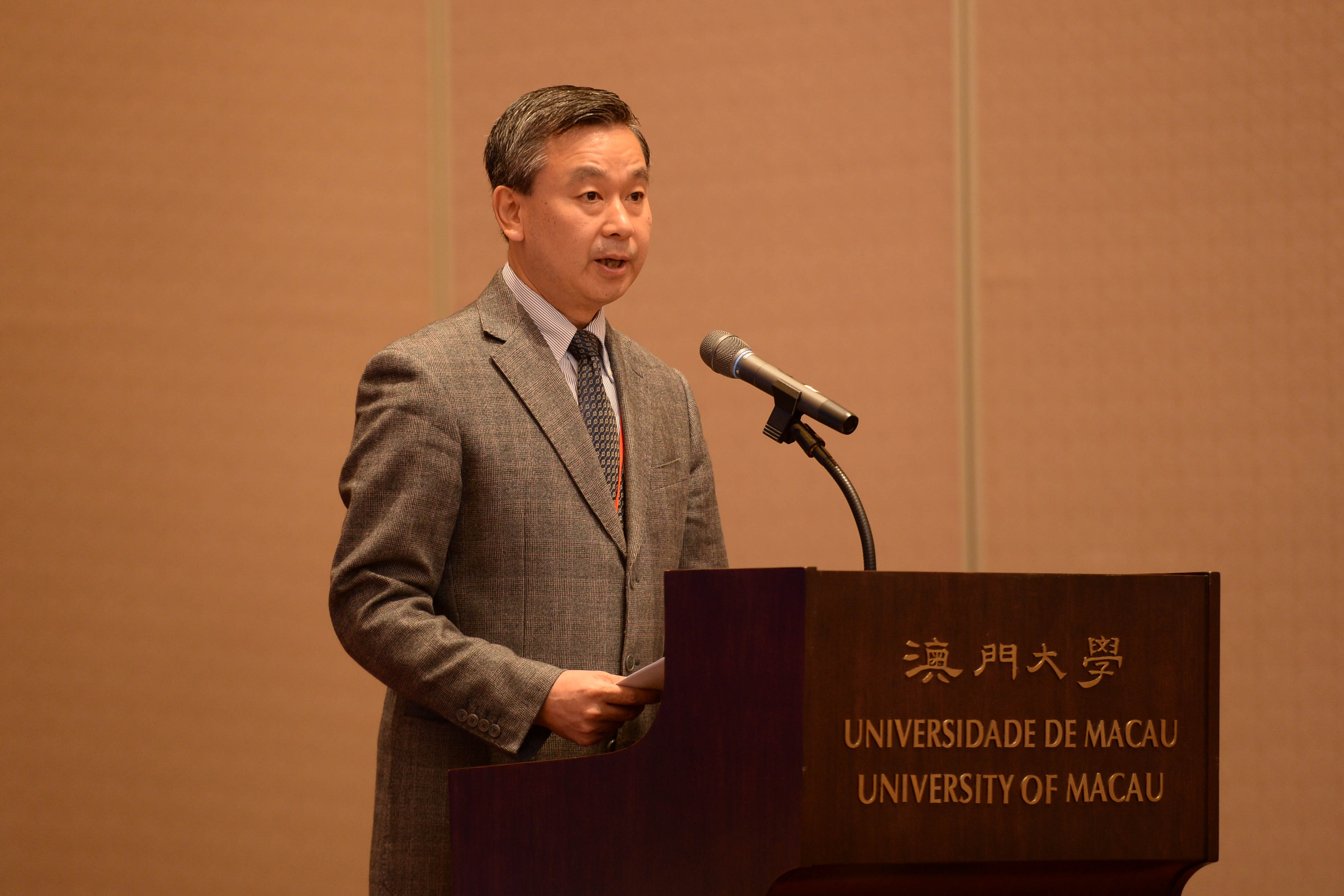 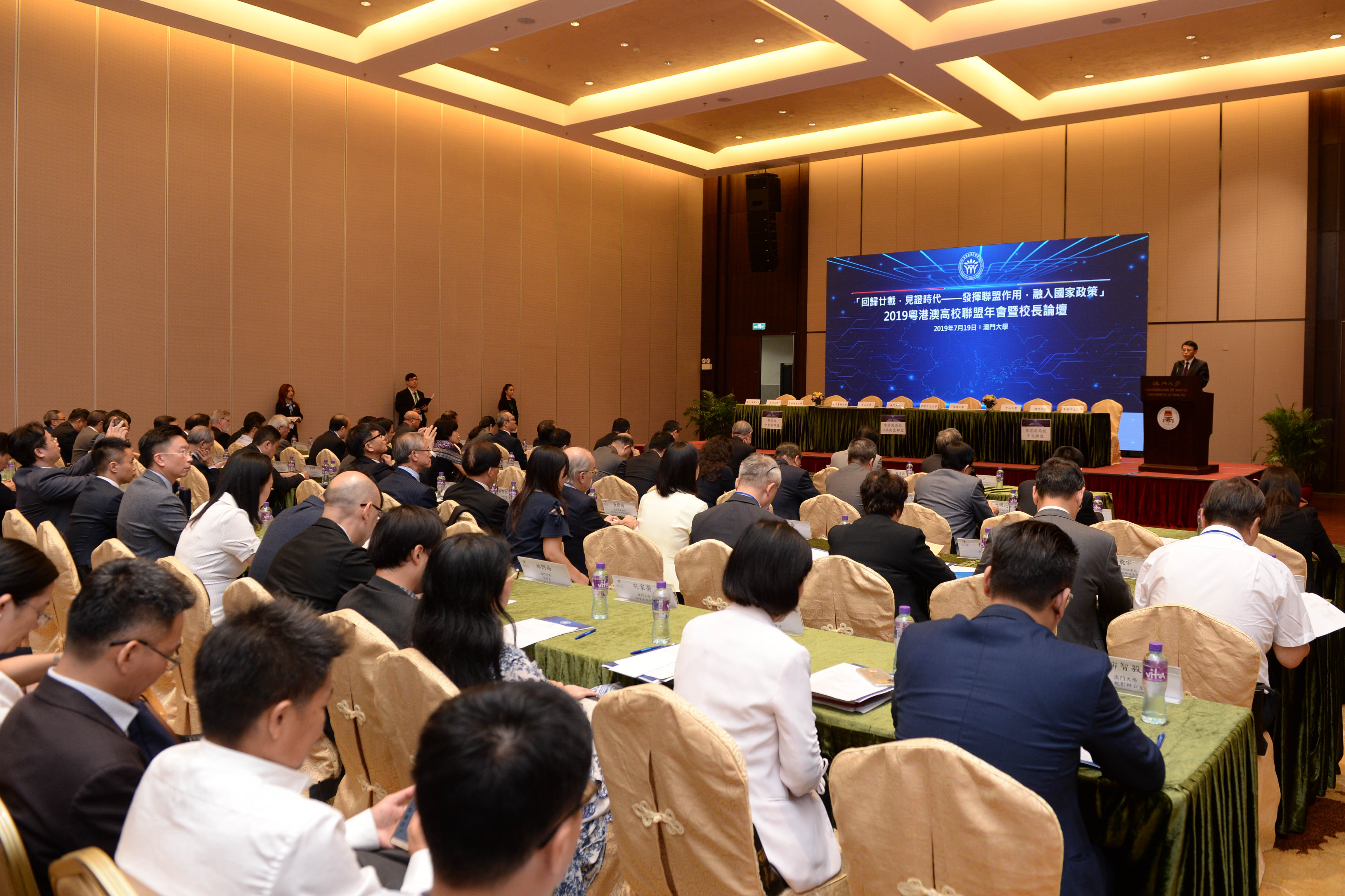 University presidents, experts and scholars participate in the forum