From Tradition to Innovation: Lampo Leong’s Interdisciplinary Approach to Art and Design

‘Art education is in essence education of creativity, which can only be cultivated from within,’ says Prof Lampo Leong, standing in front of his painting series Inkscape. ‘In an art class, it is not enough to spoon-feed students with knowledge, skills or techniques in art; instead, the best teachers are those who help students develop an aesthetic taste so that they can gradually and eventually originate their unique styles and expressions. Therefore, study of art is about cultivation of creativity, self-expression and critical thinking ability,’ explains Prof Leong.

A synthesis of traditional Chinese brushwork and modern Western art concepts, Inkscape represents Leong’s fertile imagination of the vast universe, and his reflections on Eastern and Western philosophies. Sometimes cruising effortlessly within the familiar waters of Chinese tradition, other times intentionally veering off into fascinating foreign territory, Leong has developed his own unique style by simultaneously honouring Chinese tradition and breaking with it. This is not only how he has kept surpassing his own achievements in his pursuit of artistic expression over the past decades; it is also what he requires from his students.

Art and Design, Key Indicators of Soft Power in a Society

Prof Leong is a Distinguished Professor in the Department of Communication, Director of the Centre for Arts and Design, and Associate Master of Chao Kuang Piu College at UM. A world-renowned artist who traverses freely across oil painting, ink painting, calligraphy, photography, design, video animation and multimedia interdisciplinary performance. As a tenured professor at the University of Missouri-Columbia and a former art department chair, Leong has decades of experience in art and design education. He received a Master of Fine Arts degree from the California College of the Arts in the United States and a PhD degree from the Central Academy of Fine Arts in Beijing. He was also one of the first overseas Macao scholars to be courted by the Macao SAR government under a talent recruitment programme. In 2018, he joined UM through a global search and recruitment process and became the director of the Centre for Arts and Design.

Aesthetics used to be considered having little practical value in Macao. When developing a product, functionality tended to come first while the appearance was only of secondary importance, if it was to be considered at all. But according to Prof Leong, arts and design has been regarded as a key element of soft power in the West for a long time. He says, ‘Today, when we try to sell a product or an idea, we are not just selling the technology. The design or the packaging is just as, if not more, important. One computer is actually not much different from another computer in functionality; what differentiates them are design and brand image. For instance, iPhone and Apple computers are so popular around the world because of their minimalistic and elegant design. It would be no exaggeration to say that the competition now between different brands is to some extent a competition in soft power.’

From a Tradition Inheritor to a Cultural Innovator

When Leong graduated from the Department of Chinese Brush Painting at the Guangzhou Academy of Fine Arts in the early 1980s, he went to the United States to study oil painting. When he first entered the California College of the Arts, his professor told him: ‘Actually your paintings are very good. You don’t need to come here to study. You can just exhibit and sell your works.’ The professor continued, ‘However, your paintings are not much different from the paintings of other Chinese artists, so if you want to become a successful artist, you will have to develop your own unique style.’

Prof Leong points out that artistic innovations, like other social innovations, need to be challenged by external forces. Prof Leong was inspired by Western education through which he searched for his unique voice and understood that Chinese art could sail further on the wind of Western concepts. As a Chinese artist in the Western art world, Prof Leong realized that Chinese philosophies are the keys to the success. Therefore, he humbly learned from other cultures while at the same time explored his own unique cultural identity, which were critically important to his success.

Over the past several decades, his works have been featured at international auctions held by famous auction houses such as Christie’s and Ravenel, and selected for more than 70 solo and over 300 juried/curated national and international group exhibitions in art expos, museums and galleries worldwide, earning him more than 70 prestigious awards. His works have been collected by more than ten museums around the world such as Cantor Center for Visual Arts at Stanford University and the Minneapolis Institute of Arts. The city of San Francisco proclaimed 19 November 1999 to be ‘Lampo Leong Day.’

Cultivating creativity needs nourishment from one’s cultural background. Whatever the medium, be it oil painting, ink painting, or multimedia art, Leong’s works have subtle yet unmistakable elements of Chinese cursive calligraphy and ink painting. Influenced by Western abstract expressionism and postmodernism, his painting series Inkscape, Moving Marks, and Contemplation • Forces are embedded with a palpable Eastern quality. Prof Leong believes that only by thoroughly understanding the tradition can one achieve an innovative breakthrough. He says, ‘I received formal training in Chinese painting and calligraphy, so even though I lived in the West for many years, Chinese traditions are in my DNA. If one doesn’t even understand his or her own cultural traditions, how can one create something new? That said, we should also be clear about which part of the tradition we want to keep and which part should break with or surpass. Remember, mastering the tradition is just the starting point and the learning process, not the destination. The ultimate goal for an artist and designer is innovation.’

Prof Leong says almost all universities in the West offer art courses. Indeed, art is a compulsory subject for all undergraduates, as art education is considered to be an effective vehicle for cultivating aesthetic consciousness and creative ability. ‘Scientific illiteracy’ may be rare in mainland China and Macao now, but ‘aesthetic illiteracy’ is very common because of the neglect of art education in the past. ‘Let’s say a simple task like typing a letter, for example, it is obviously that our tertiary education in aesthetics are not on a par with that in the high schools in the West,’ says Prof Leong. ‘Which font should be used? What is the appropriate line spacing? What is the appropriate paragraph spacing? These questions may appear technical but they are really a test of one’s aesthetic sense. In a highly competitive world, professional expertise is considered as basic requirement. What truly makes one stand out is one’s personal qualities, knowledge in arts and culture and creativity.’

Prof Leong sees that there was an increasing number of outstanding examples of design in Macao in recent years, including magazines, luxury brands, products, architectures, hotels, etc. Yet quite a few of these were designed by Macao local. In fact, they were imported from Western countries or neighbouring Hong Kong. ‘Education always comes first when a society wishes to be competitive in a new industry. If Macao continues to be merely an importer and consumer of foreign art and design, we will never be able to develop our own soft power in this area. Due to the small city’s size and population, Macao’s competitiveness is rather limited. Art and design is an area that doesn’t require heavy investment and yet produces results fairly fast, which, when combined with the huge demand in the market, makes it an area with enormous potential. In order for Macao to become a city with creative designs, a world-class incubation platform and mechanism for art and design is a must. Only by integrating our own cultural elements with the arts and design will we be able to produce outstanding works with distinctive characteristics. By playing the role as imitator, we will forever be a follower,’ he says.

According to Prof Leong, the Centre for Arts and Design currently offers doctoral programme in arts and design. Next year, a master’s degree programme will be launched. With an emphasis on interdisciplinary collaboration, the programmes offered will be flexible to suit students’ needs. He explains, ‘For instance, if we are too rigid about the content of the postgraduate programmes, we run the risk of turning the centre into a technical school, which would be at odds with our purpose of creative education. Specializing in graphic design, photography, calligraphy, painting, animation, video, or multimedia art would depend on the students’ talents and preferences.’ Prof Leong adds that the centre hopes to help students discover their strengths so they can find a specialisation that best suits them.

In October 2018, the centre organised a multimedia interdisciplinary performance entitled ‘Lightscape: A Synthesis of Video Animation and Dance’, exploring how new media, artistic design, and dance can be fused together to create exciting new aesthetic possibilities, which represent the latest trend in art and design in a digital era. The show received considerable attention and recognition from the local industry and attracted many people, including UM faculty and students, artists and designers in related fields, and high school students from Macao. Some of the pieces received the prestigious A’Design Award in Italy. Participants reported that the performance greatly enhanced their research capacity, new media techniques, and aesthetic sensibilities.

The centre works closely with other departments and faculties at UM, such as the Dept. of Communication, Faculty of Education, and Faculty of Arts and Humanities, to support undergraduate education in art, design and creative media at UM. Prof Leong says, ‘As part of the Macao Base for Primary & Secondary Education in Humanities & Social Sciences, the centre collaborates with the Education and Youth Affairs Bureau to make an active contribution in the training of Macao's primary and secondary schools teachers in the fields of arts, design and calligraphy through lectures and workshops.’ As the Associate Director of the Fine Arts and Design Education Development Alliance of the Guangdong-Hong Kong- Macao Greater Bay Area, Prof Leong says that the centre is dedicated to collaborating with higher education institutions in Macao, promoting exchange and collaboration in arts and design education in the Greater Bay Area, and contributing to the development of the cultural and creative industries in Macao via various forms and channels, such as design projects, workshops, lectures, exhibitions, performances and publications.

Through joint efforts and collaborations, Leong hopes to enhance the public recognition and that the university, society and the government could value the importance of education in arts, design and creative media. He says, ‘It is important for Macao to build a professional arts and design program at UM, and it is equally important to create an artistic learning and working environment for teachers and students. Arts is acquired not merely through formal training, but also by everyday engagement. In other words, the environment in which we live, the things we see every day, their designs, colours, and details…these all contribute to our aesthetic sense. It is the responsibility of UM to create a quality academic and artistic environment that is conducive to students’ well-rounded education and personal development. Soft power is key in Macao’s endeavour to diversify its economy and transform into a world-class tourism and leisure centre with rich cultural heritage.’ 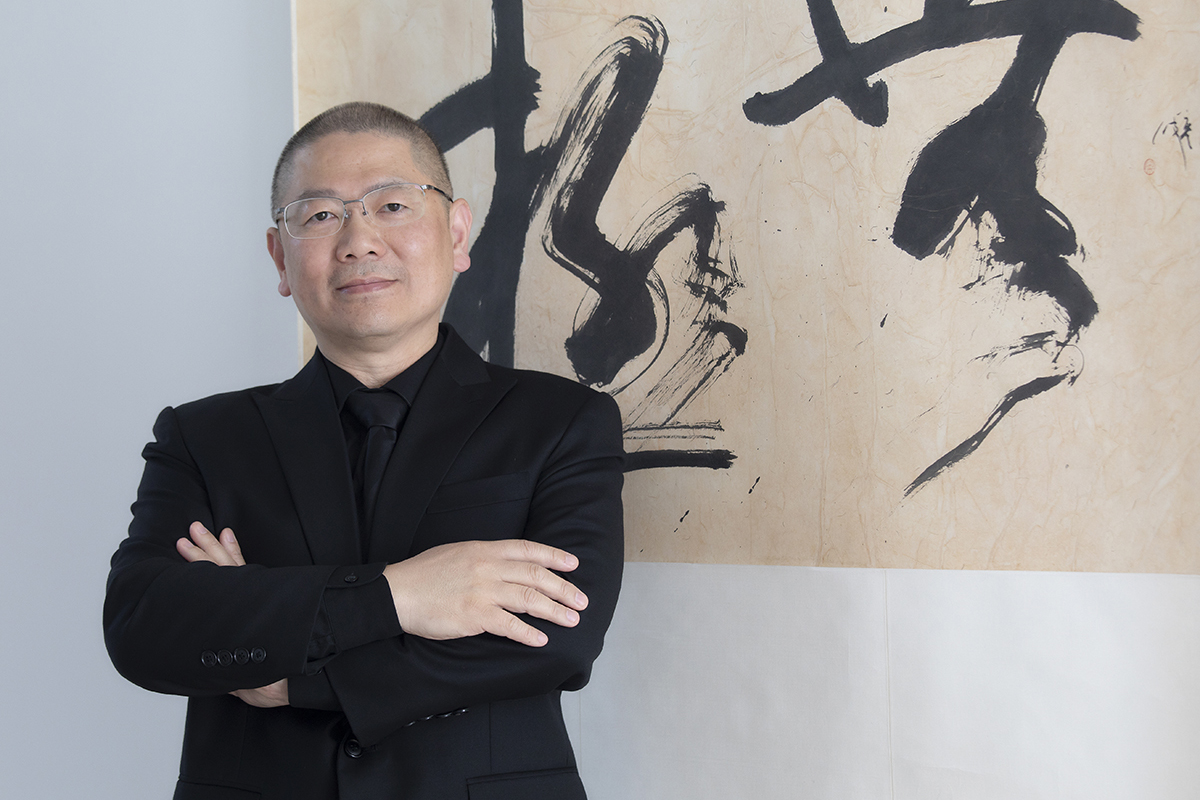 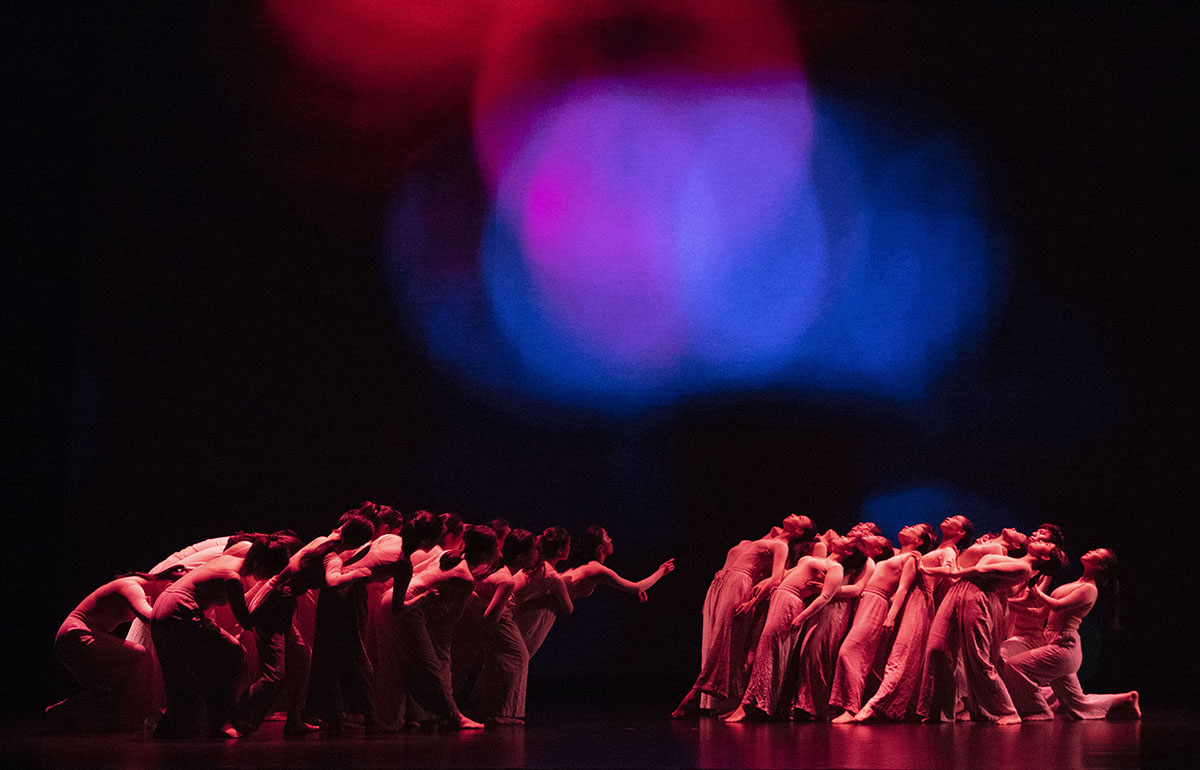