The Establishment Ceremony for the University of Macau Development Foundation (UMDF) was held at the Cultural Centre of the University of Macau (UM) yesterday (7th). Founded by Dr. Stanley Ho, Dr. Tse Chi Wai, Mr. Wong Chong Fat and Mr. Lam Kam Seng, UMDF is aimed at helping the University of Macau to realize its academic and educational objectives and improve its competitiveness locally and internationally. So far UMDF has received initial donations exceeding ten million patacas, showing the keen commitment of the community to education.

Mr. Ho notes in his speech that the Foundation represents a new endeavor of the Macao SAR to promote the development of higher education, and also reflects the keen commitment of the community to education. He says he hopes the University will apply the resources given by the Government and the community efficiently and accelerate its progress towards an excellent international university that all Macao people will be proud of.

UM Rector Wei Zhao congratulated on the establishment of the Foundation and extended his gratitude to the donors for their generous donation on behalf of all UM students and staff. He says so far the Foundation has received initial donations exceeding ten million patacas, an exciting achievement for which everybody feels enormously grateful. He says UM will endeavour to collaborate with the Foundation in fundraising activities and ensure an efficient use of the donations. 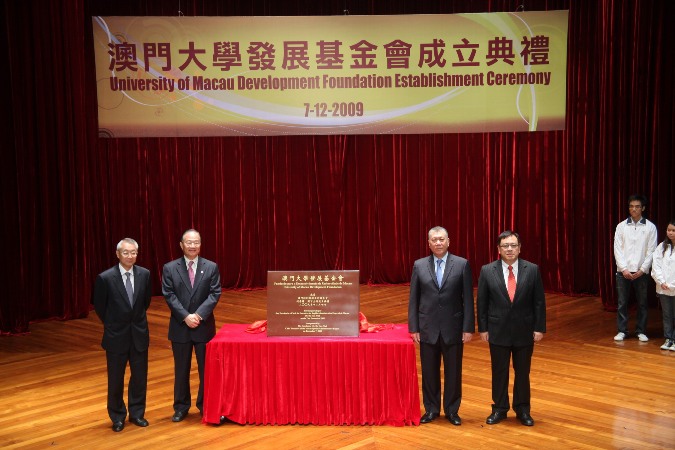