Prof Peter A Diamond, a world-renowned economist and a recipient of the Nobel Prize in Economic Sciences 2010, visited the University of Macau (UM) and delivered a talk titled ‘Good Pension Design’. The event attracted a full-house audience, including UM faculty members, students, and guests.

Prof Diamond discussed the purpose of a pension system, its key elements, and the pros and cons of various pension systems around the world, including those in Macao and Hong Kong. He said because of the significantly improved average life expectancy and an increasingly ageing population worldwide, it is very important for all economies to establish a good and healthy pension system to ensure sustainable development. Prof Diamond also provided insightful suggestions about the execution of the pension systems in Hong Kong and Macao. He pointed out that while Macao is a prosperous city, with the Non-Mandatory Central Provident Fund System becoming effective on 1 January this year, the government should make an effort to explain its characteristics and operation to Macao residents in order to increase its transparency.

Prof Diamond taught at the Massachusetts Institute of Technology (MIT) from 1966 to 2011 and is currently an honorary professor of MIT. He was the president of the American Economic Association, the Econometric Society, and the National Academy of Social Insurance. He jointly wrote Reforming Pensions: Principles and Policy Choices and Pension Reform: A Short Guide, with Nicholas Barr. In 2010, he was awarded the Nobel Prize in Economic Sciences, along with Dale T Mortensen and Christopher A Pissarides. 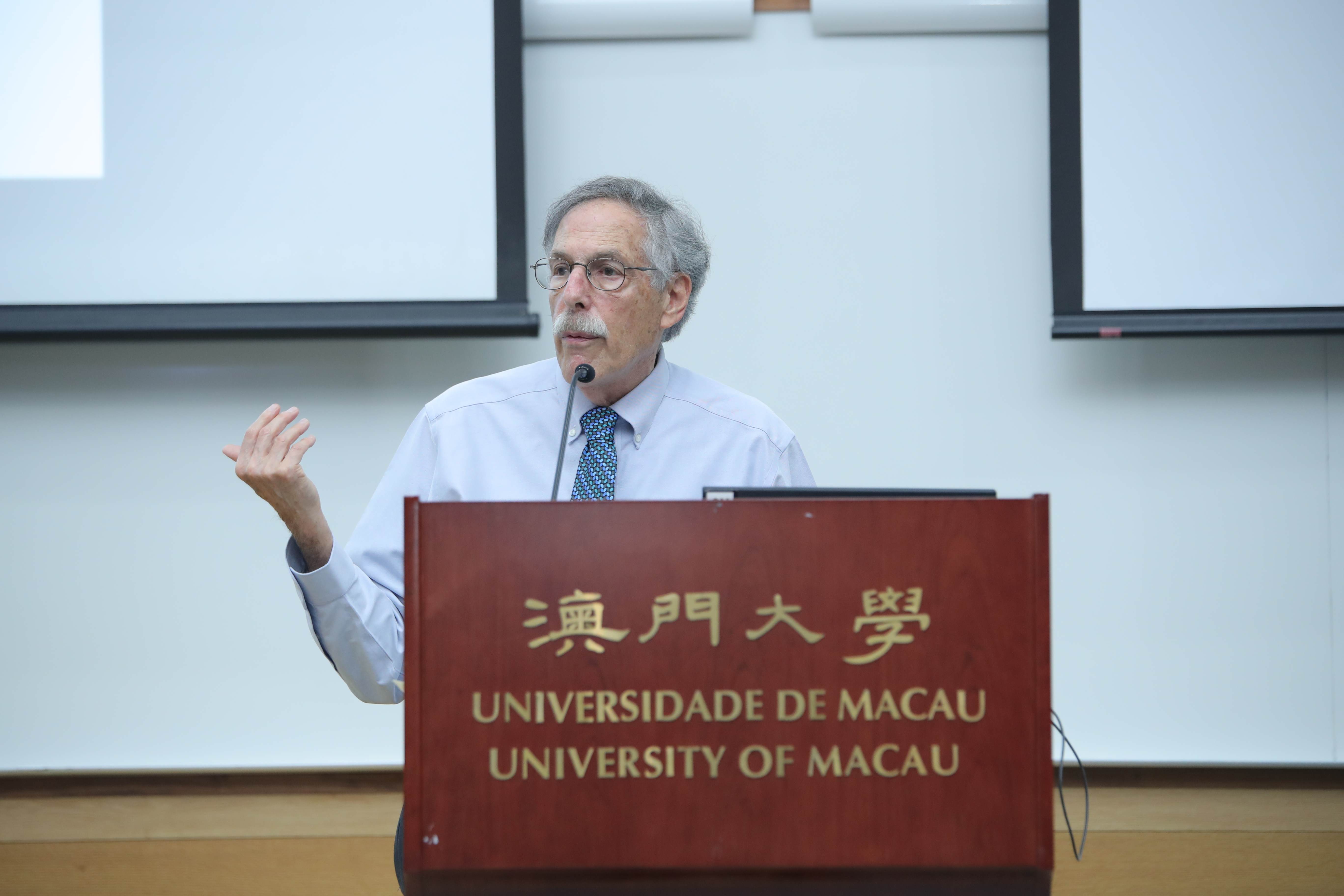 The Nobel laureate Peter A Diamond gives a talk at UM 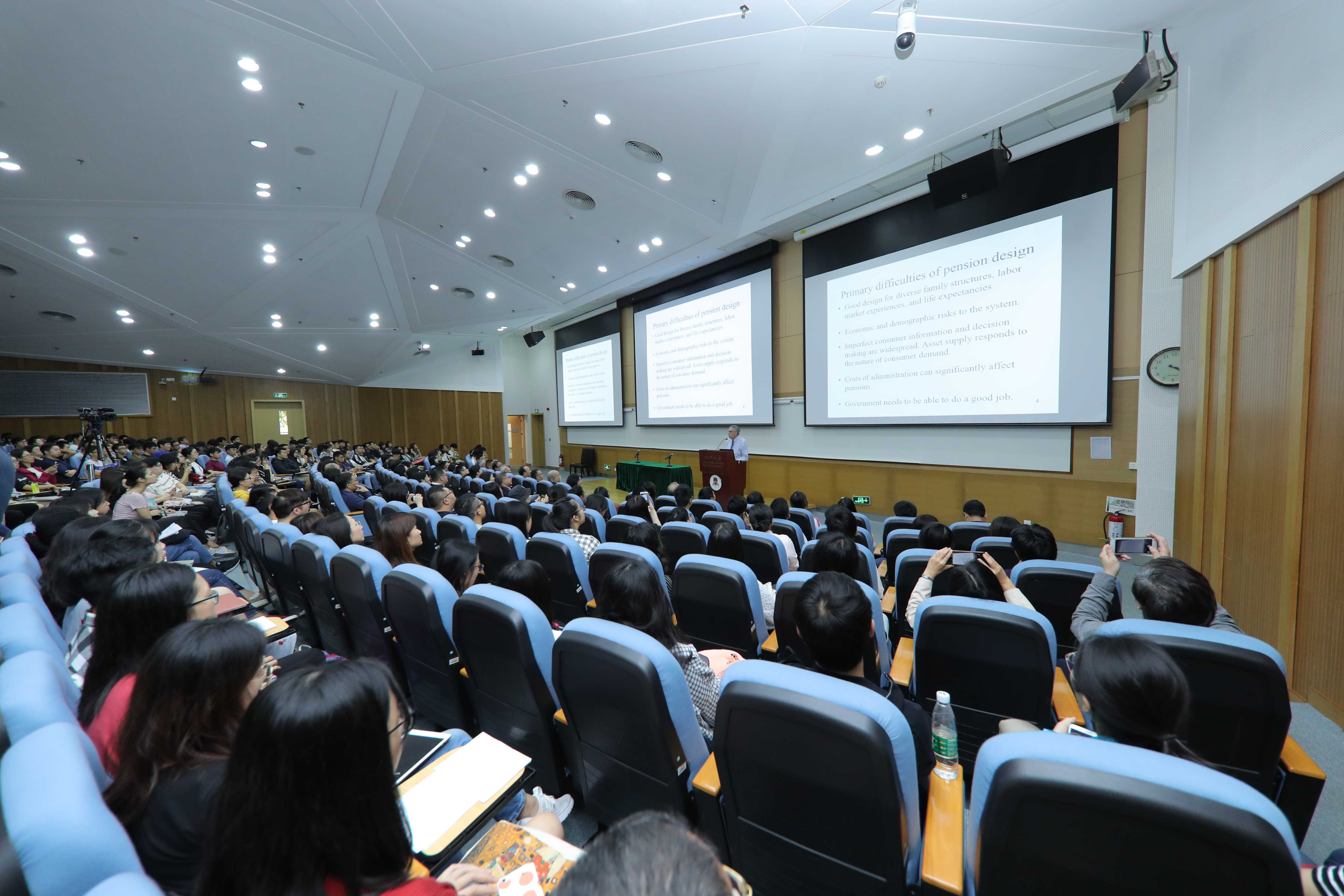 The talk attracts a full-house audience 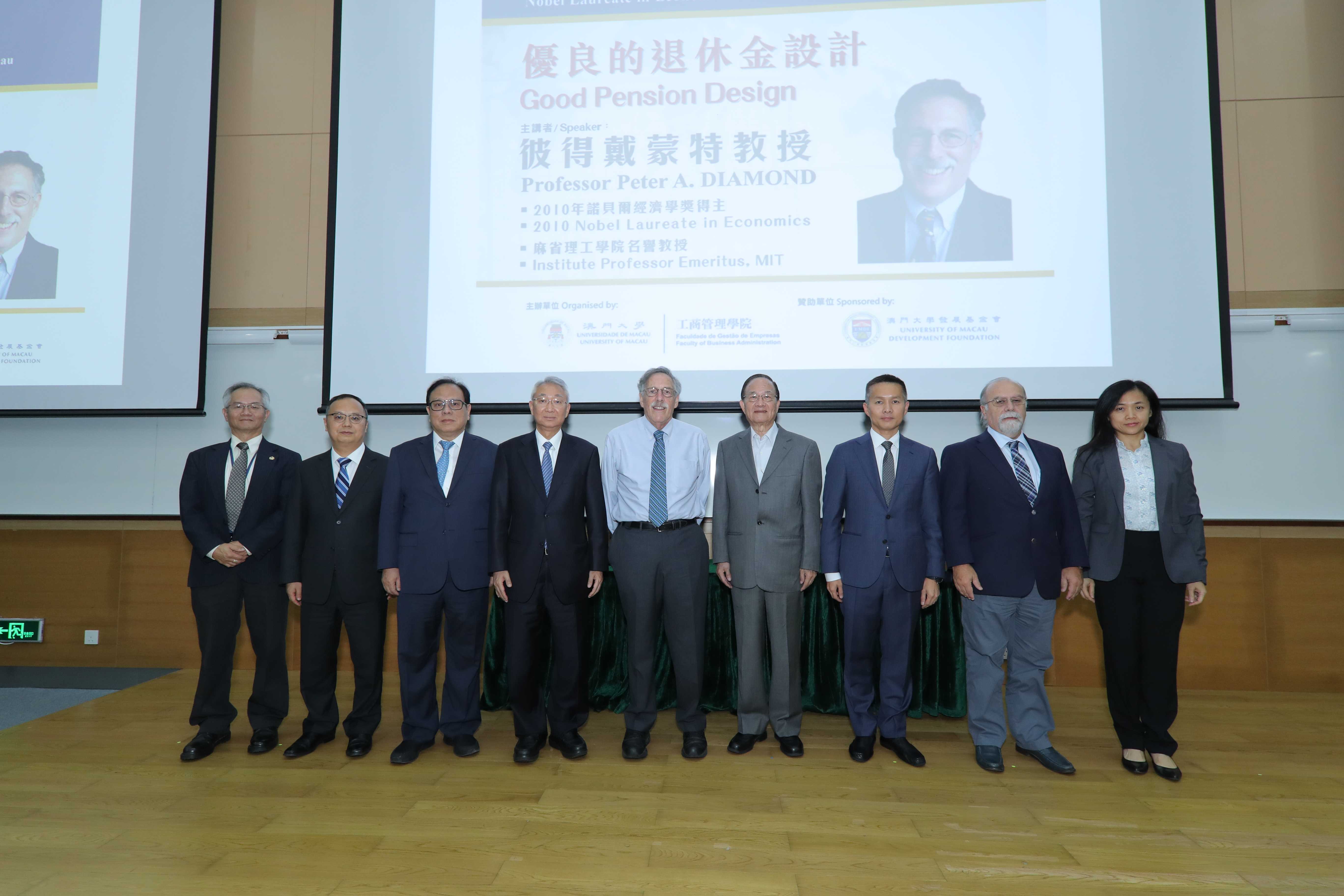