Nine years ago, Dr. Angus Cheong, an alumnus of the University of Macau’s (UM) Department of Communication, founded e-Research & Solutions (eRS), Macao’s first research consultancy. Before he took the plunge, he had been teaching for 13 years in the UM Department of Communication, where his main responsibility was teaching courses in research methods, network applications, and statistical analysis. What stirred his entrepreneurial itch? — a simple desire to turn his academic knowledge into social utility.

A Case of Serendipity

Dr. Cheong graduated from UM’s English communication programme (the predecessor of the Department of Communication) in 1995. While a student, he founded the Communication Society. A year after graduation, he returned to teach at his alma mater. Currently, he is the founding chairman of the Asia Pacific Internet Research Alliance. As though this was not enough, he also established the Macao Association for Internet Research and the Macao Polling Research Association over both of which he presides as the incumbent president. Since 2001, he has been a member of the World Internet Project, which boasts specialists from over 30 countries as members. In 2009, he organised an annual conference for this project at UM. He may be the founder and CEO of eRS, but to his students and his staﬀ, he is simply ‘Teacher Cheong’. He is quite amused by this salutation as the core members of his team were his former students who have been with him through thick and thin.

In the last couple of years, the term ‘big data’ has been all the rage. Its value is now known to both government and the private sector. This explains why he has adopted ‘Data Create Value’ as the slogan for his company. Many praise him for being prophetic in predicting the commercial possibilities of big data as far back as nine years ago.

Looking back over the teething period of his business, Dr. Cheong says humbly, ‘To be honest, when I first started the business, I didn’t foresee the emerging trend in society’s demand for big data. At the same time, what I did at the university in understanding the nature and habits of internet users, as well as in analysing public opinion polls, was mostly putting together the data both online and offline. Hindsight shows we were right in doing what we did – and what we did was essentially big data study. I put it down to serendipity.’

To go from scholar to SME operator, without the halo of the university’s prestige, Dr. Cheong faced many hurdles and risks, from getting seed money and human resources, to the speed of product development, not to mention meshing students from diﬀerent backgrounds into a functioning team and facing down the skepticisms of clients about a company that lacks an established reputation or recognisable name. His answer to these challenges is simple: a strict control over quality, adopting an international standard and strategy for quality assurance. ‘We speak with quality, and provide attentive service to win clients over,’ he says. ‘This has paid oﬀ after winning the trust of the government and other users.’ There is one telling detail: in submitting a proposal to a client, Dr. Cheong would put in three times as much eﬀort as other service providers. Where others use eight pages, he would use 24. ‘What we sell is service. It is diﬀerent from selling a product. Building a word-of-mouth reputation takes time plus many trials and errors,’ he says.

Reinventing Ourselves on an Ongoing Basis

Under Dr. Cheong’s leadership, his team oﬀers a range of services, including data-driven data mining, network mining, electronic government, public opinion polls, customer satisfaction surveys, and the building of big data platforms and other operational services. In doing so, he has launched Macao’s first laboratory for network mining and public opinion surveys, with the work spread over four survey centers he runs throughout the Hong Kong-Macao region. In 2015, eRS became the only SME to be invited to the Second World Internet Conference in Wuzhen.

eRS’s competitors mostly come from other institutions of higher learning as well as multinational corporations. To maintain a high standard of service and to win over the trust of its growing clientele, the company under Cheong’s leadership has undergone several transformations and upgrades. ‘We first carried out public opinion polls, followed by market research, while focused squarely on data-dependent business service, from data collection, processing, analysis to harvesting, thereby building a data analysis platform that stands our team in good stead. Later, we also provide SaaS (Software as a Service) for our customers. In other words, we first positioned ourselves strategically, and then expanded and diversified,’ he says.

At present, its core business is data-specialising in the analysis and storage of data, then turning it into a tightly regimented and credible platform to meet the needs of business, government, and the higher education sector – ranging from data analysis, brand monitoring, hotel reputation analysis, customer relations management and of course the big data platform. Trough nine years of exploration and several reinventions, Dr. Cheong’s team has earned the trust and patronage of the Macao SAR government, a committee under the State Council, national think tanks, and the largest charity organisation in Hong Kong. The company’s clientele is now scattered across mainland China, Hong Kong, and Macao. It has even found a business partner in Taiwan. Dr. Cheong is both keen and hopeful about seeking more and better opportunities farther afield, so that its catchment area goes beyond local sources. Cooperation is underway between his team and experts and scholars in mainland China, the United States, Switzerland, and Portugal. As a technological research service, it aims to be borderless.

The tide of entrepreneurship is sweeping across Macao. UM students are increasingly interested in starting businesses. But they still lack innovative capability.

Dr. Cheong is bitten by the pioneering bug, so much so that some of his friends have taken to calling him ‘The Crazy Man of Creativity.’ You only have to look at the range of products that Dr. Cheong and his team have developed. For the business-minded students at UM, Cheong proﬀers this piece of advice: ‘In starting a business, it is not simply a matter of adding something extra to the internet. You should proceed from the perspective of solving an identified problem. Think about how you are going to tackle the problem. Only then can you break free from the constraints the internet has placed on our thinking by making sure that the innovation has practical applications.’ To the above advice, he oﬀers four additional specific suggestions: 1. First raise sufficient funds to cover operational needs, even if it is over a short term; 2. Begin with a risk-taking attitude, so that when the time is ripe, you can go for it, without second-guessing yourself; 3. Do your homework and find what the market needs, choose what is feasible among promising sunrise industries; 4. Arm yourself with a development strategy, a good team, and bring the service up to scratch.

Dr. Cheong believes that innovation cannot succeed without government support. The university is without doubt the ideal platform for innovation. It can play a role in innovation and incubation, helping staﬀ and students to transition into technology transfer. In operating his business, Dr. Cheong never allows himself to forget that his goal is the integration of industry and research. His work now is consistent with his work during his university days: carrying out public opinion surveys, and studying the internet and new media. Except now he is in demand as a speaker at various public functions, as a contributor to publication of professional reports, and as an invitee to conferences and writer of learned papers. At the end of our interview, his parting message is: ‘I hope to take the fruits of our tried-and-true applications in business back to the university. One day, I shall be back again on campus. Things will then come full circle – and that is my goal in life’.

Transforming the Fruits of Scientific Research: UM Promotes Innovation and Entrepreneurship
Innovations from Academic-industry Collaboration Keeping Investor Doors Open
Centre for Innovation: A Platform to Support Faculty and Student Efforts to Start Their Own Businesses
Is Entrepreneurship within Students' Reach? 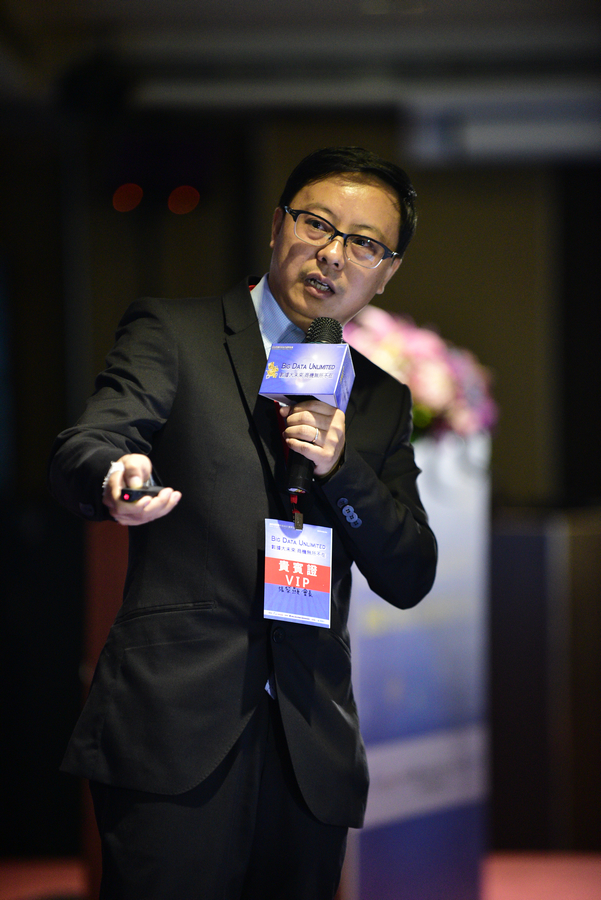 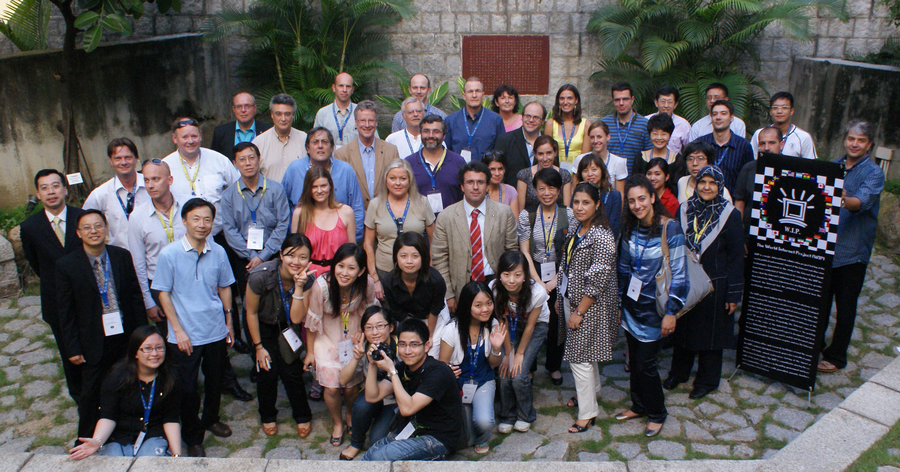 The 2009 annual conference for the World Internet Project, organised by Dr Cheong, was held at UM old campus 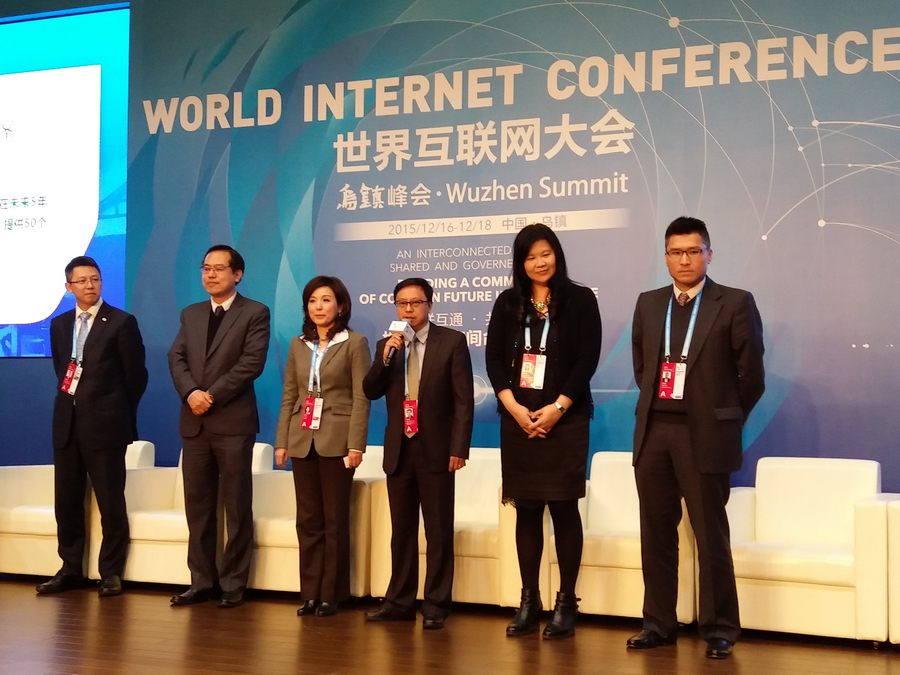 Dr Cheong at the World Internet Conference in Wuzhen 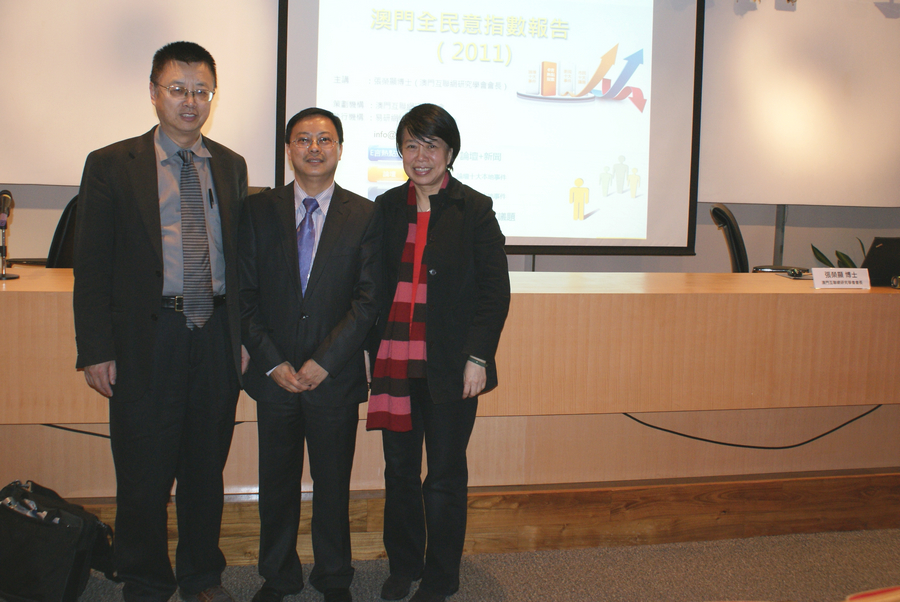 Dr Cheong, along with Prof Wu Mei and Prof Chen Huailin from the Department of Communication, releases the Macao Total Public Opinion Index 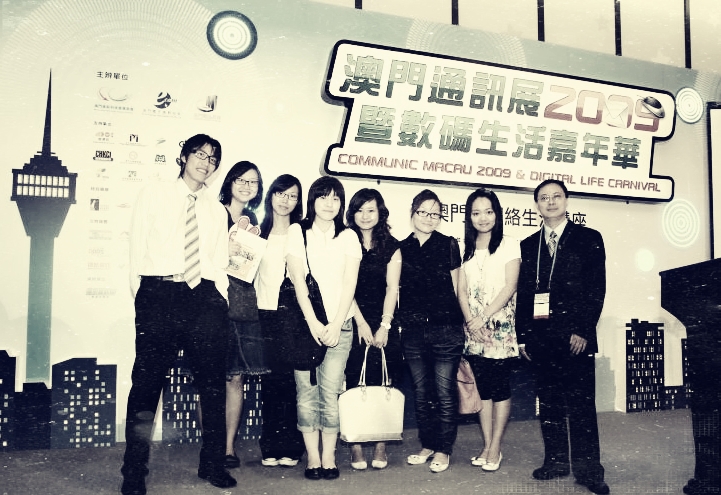 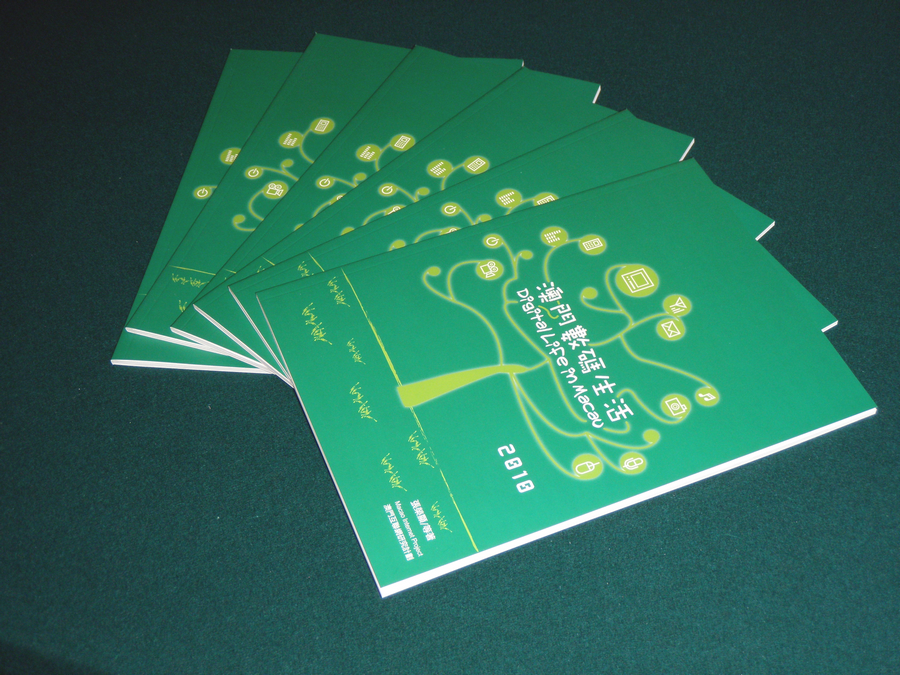 Digital Life in Macau, jointly published by Dr Cheong and his collaborators, depicts how digital tools were used in the everyday lives of Macao residents over the past decade 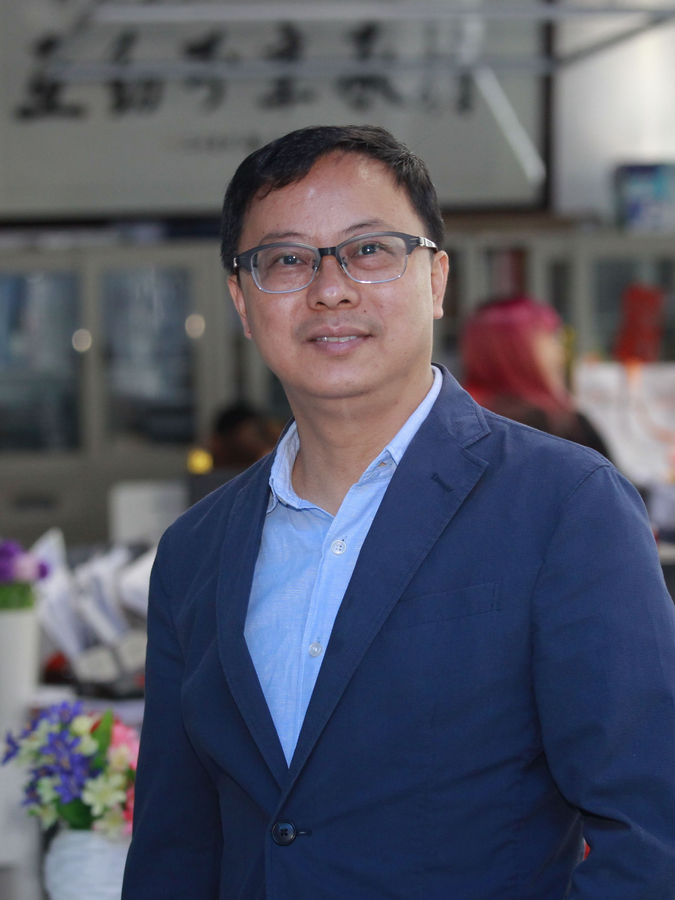