An inauguration ceremony for the new cohort of 91 UM Reporters and PR Student Ambassadors was held yesterday (28 March).

Lionel Ni, vice rector (academic affairs) of UM, officiated at the ceremony. In his speech, Ni said that the two programmes can help students improve communication skills and learn the skills of working independently. He added that the two programmes not only have received praises from UM faculty members and students, but also recognition from members of the local community and visitors to the campus. During the ceremony, representatives of the last cohort of UM Reporters and PR Student Ambassadors, namely John Wong and Harry Sio, shared their experiences and rewards in the two programmes, respectively. Katrina Cheong, director of UM’s Communications Office, presented excellence certificates to the top ten UM Reporters and PR Student Ambassadors with outstanding performance in the past year.

The PR Student Ambassador (PRSA) programme and UM Reporter programme were launched by the Communications Office in 2010 and 2012, respectively. So far over 320 students have joined the PRSA programme. In the past year alone, the PRSAs received over 230 groups of nearly 18,000 visitors to UM. The UM Reporter programme provides an internship platform for students who are interested in journalism and multimedia production. So far the programme has trained more than 200 students. 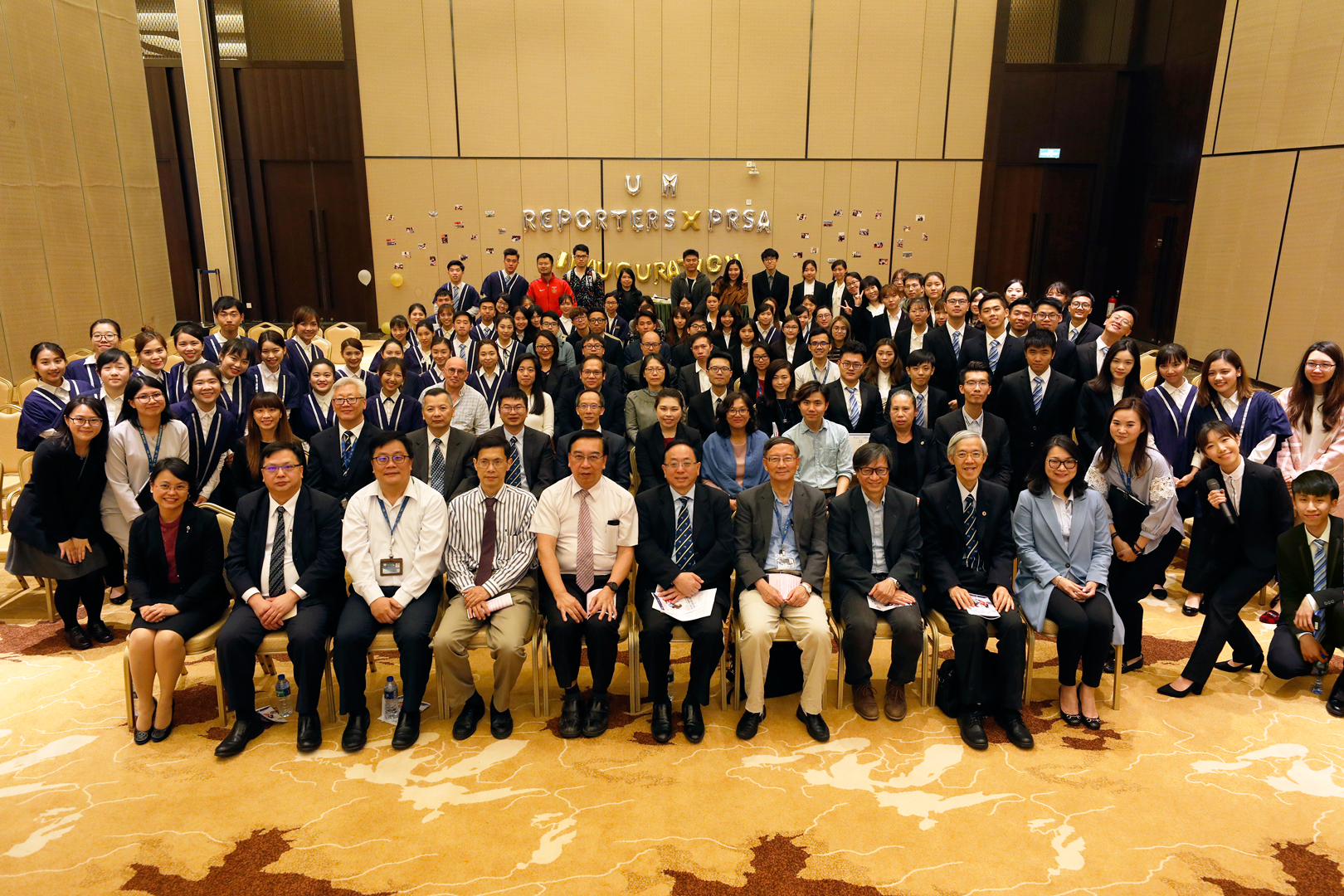 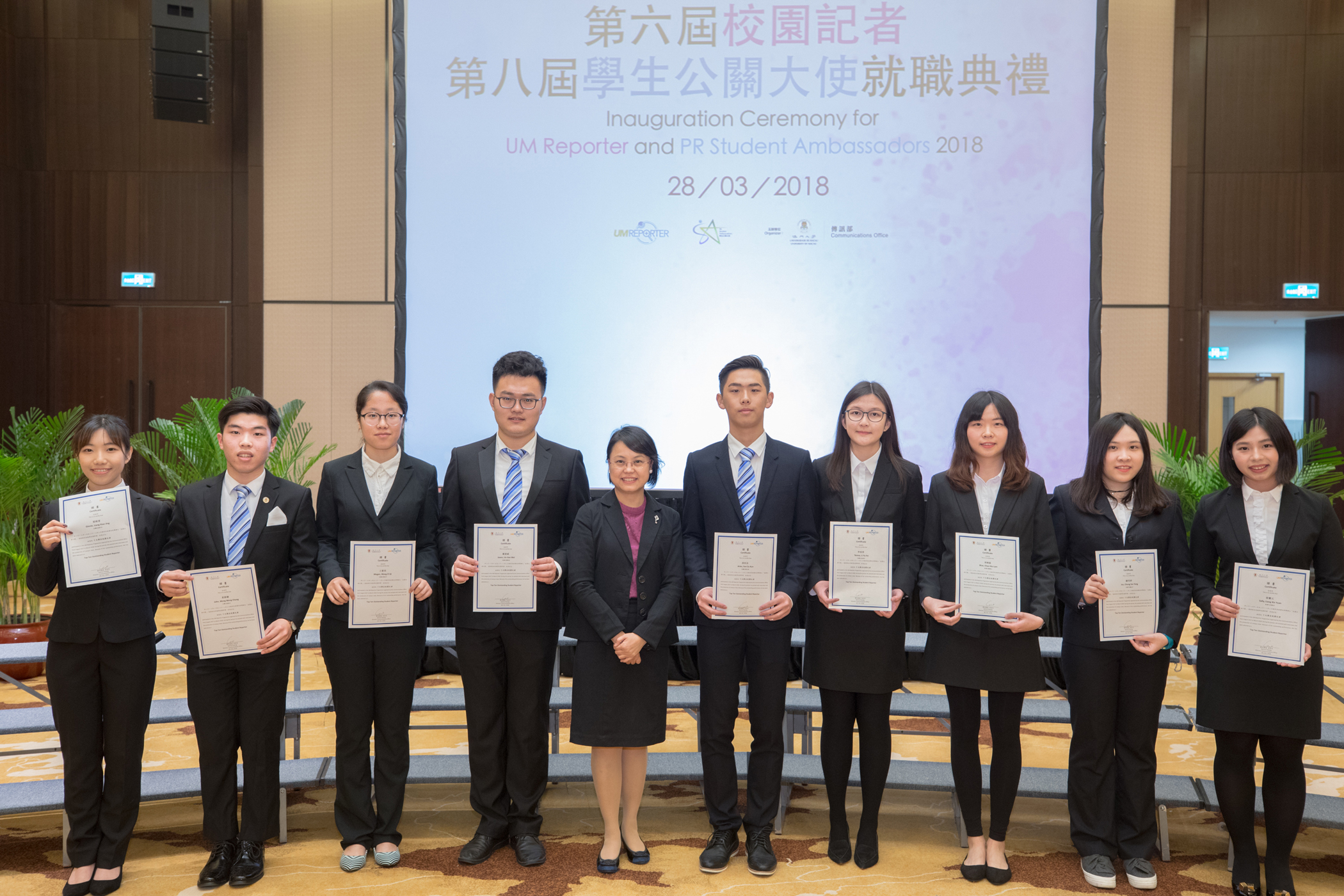 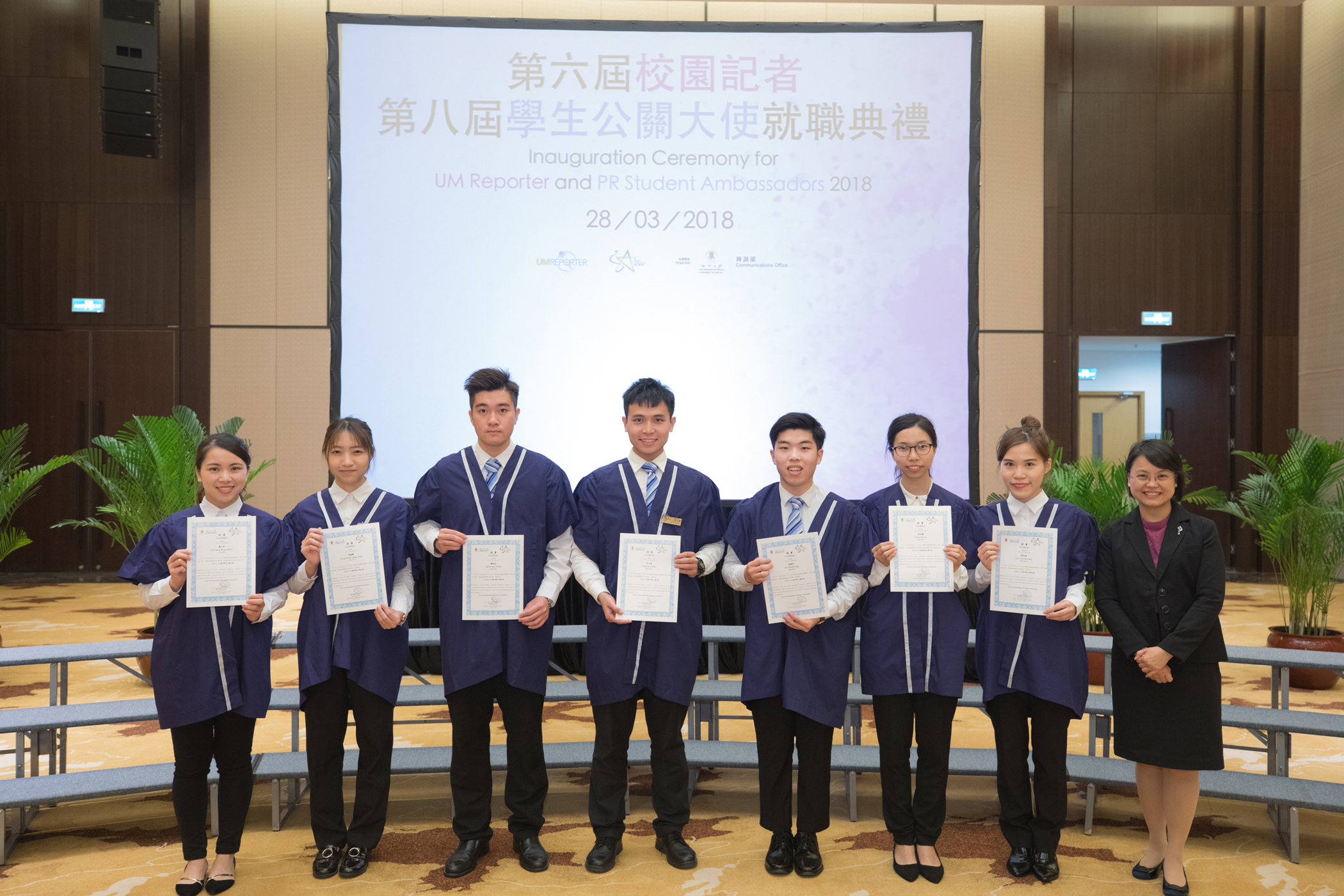