The University of Macau (UM) Faculty of Arts and Humanities recently held the first UM Language and Culture Day. With the theme of ‘Value your own language and embrace others’ cultures’, the event aims to encourage UM faculty members and students to learn more about other cultures in the world and at the same time treasure their own mother tongues.

The event started with an international language and culture fair. The fair consisted of booth games, food stalls, as well as demonstrations of traditional clothes and cultural performances of different countries. The event also included cultural activities and language workshops on various topics, including Japanese survival phrases, Portuguese language for beginners, and the nine tones in Cantonese. In addition, participants had the opportunity to join an interpretation competition, a sharing session for participants in overseas exchange trips, and the screening of a documentary about Portuguese language.

Students who have joined the event say that UM provides a very good environment for language studies, adding that there are many opportunities on campus to exchange ideas with people from around the world and appreciate the beauty of other languages and cultures. Dr Lo In Fat from the Department of Chinese Language and Literature, who is also a UM Macao Fellow, was responsible for a booth game about Chinese dialects. He says that the game aimed to increase people’s interest in Chinese dialects and encourage them to help to preserve these languages.

For full version, please refer to the Chinese version. 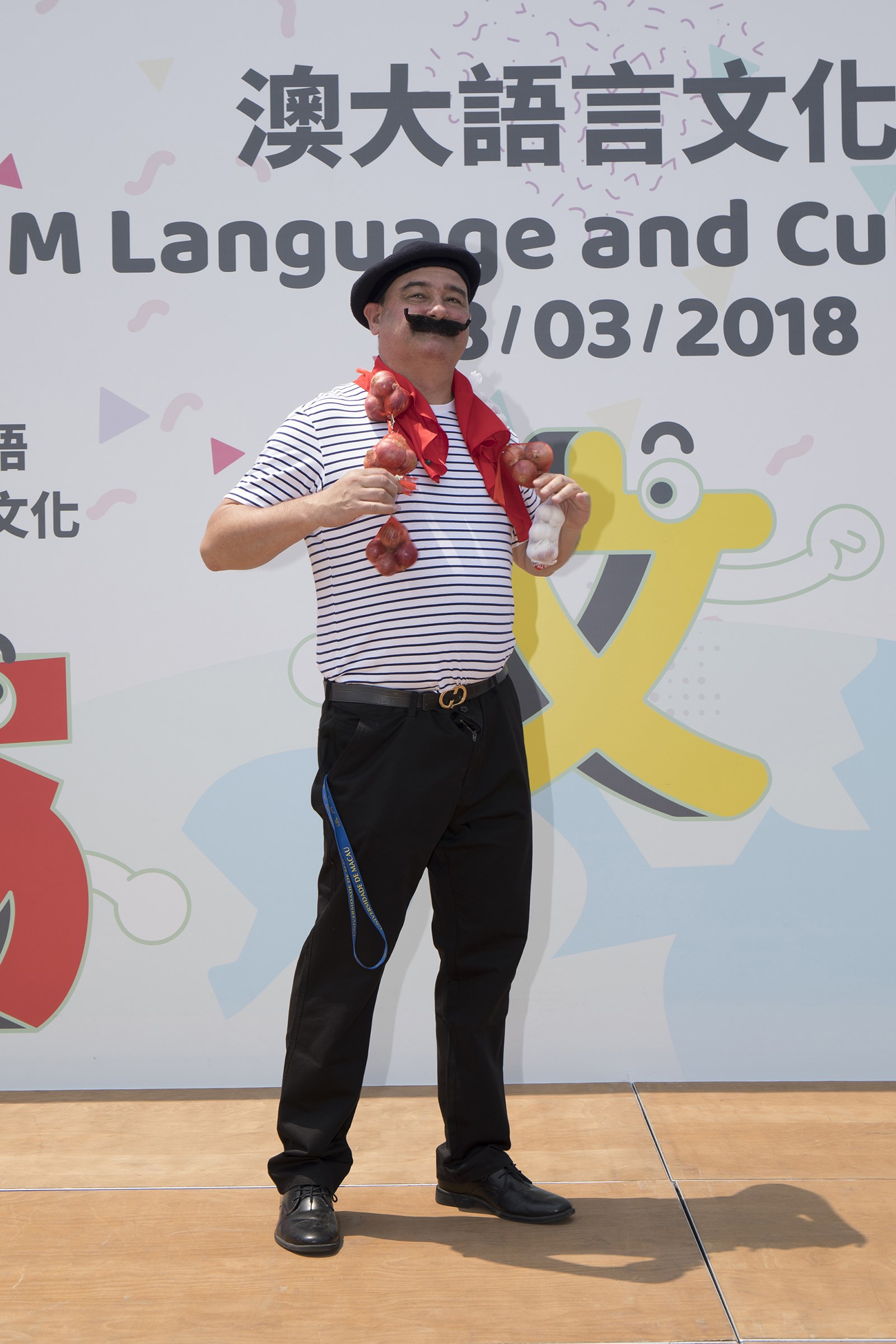 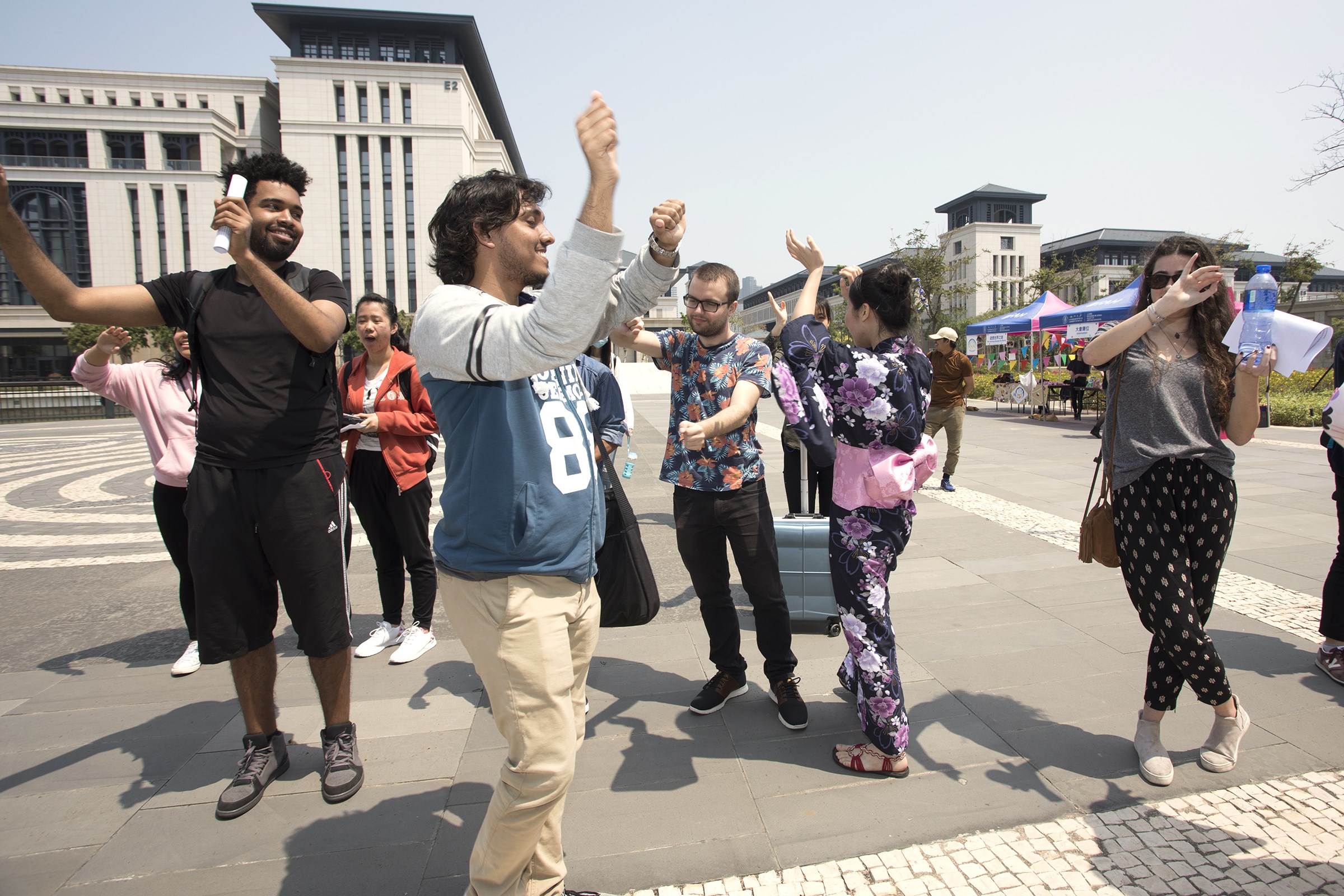 The audience learns how to make traditional Okinawan dance moves