While it is not hard to identify foreign students at the University of Macau (UM), knowing the native languages they speak might be a bit challenging because more languages are used on our campus than ever. Therefore, UM professors and students from around the world gathered to celebrate the International Mother Language Day. They embraced linguistic and cultural diversity by reciting poems and singing in their mother tongue.

The event began with the Italian student Veronica Valle sharing her view on love by reciting one of her favourite poems, Inferno Canto XXVI, by Danite Alighieri. Valle ended her poetry recital by translating the most significant lines into English:

‘Consider the seed that gave you birth:
you were not made to live as brutes,
but to be followers of worth and knowledge’

Besides languages that are commonly used on campus, such as Cantonese, Mandarin, English and Portuguese, some participants also spoke French, Brazilian, African languages, Japanese, and Korean.

Language is one of the most powerful tools for preserving our cultural heritage that defines who we are. ‘Our mother tongue shapes us in a way. It shapes how we think, how we view the world, how we view each other, at least in the first few years when we first started to speak our mother tongue,’ says Katrine Wong, one of the event hosts and associate professor from the Faculty of Arts and Humanities.

Prof Wong also explains the connection between this event and this year’s theme,‘Towards Sustainable Futures through Multilingual Education’. ‘(Since there are) a lot of attacks and arguments everywhere, we really need to learn how to respect and accept each other's cultures and languages. And by doing so, we can then have a better understanding of what exactly being a human being or being a world citizen is,’ she says. With an increasing international population on campus, she feels a strong need to celebrate this event, and she is grateful to her colleagues for ‘pulling people together’.

Inocência Mata, one of the event hosts and associate professor from the Faculty of Arts and Humanities, says that the celebration aims to encourage linguistic diversity and multilingual education on campus. ‘We want to help our students develop fuller awareness of linguistic and cultural traditions throughout the world and to inspire solidarity based on understanding, tolerance and dialogue,’ she says.

The International Mother Language Day, held annually on 21 February, was established by the United Nations Educational, Scientific and Cultural Organization (UNESCO) in 1999 to raise awareness of languages around the world and to promote cultural diversity. 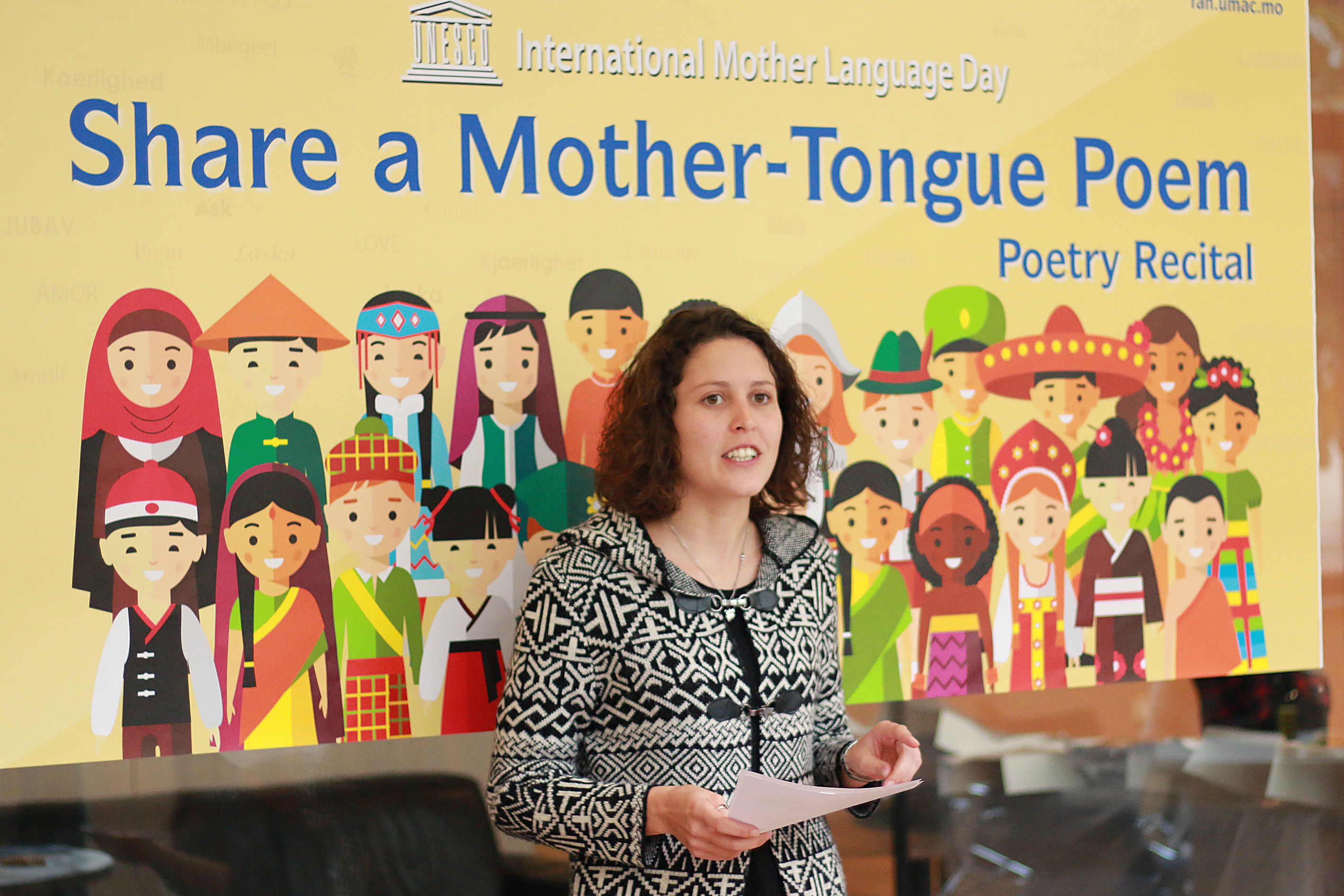