In 2003, when the Severe Acute Respiratory Syndrome (SARS) was raging in China, Prof Zhong Nanshan, a member of the Chinese Academy of Engineering in the Division of Medical and Health Engineering, and a leading respiratory expert, asked to be transferred to the area most hit by SARS, where he provided guidance to medical workers on the front line. Because of his significant contributions in the battle against SARS, he received the accolade ‘Anti-SARS Hero’, and was voted as one of the top ten individuals who have touched the hearts of the Chinese people in the year 2013. On 28 November 2015, Prof Zhong received an honorary doctorate in science from the University of Macau (UM). On the same day, he gave an interview to umagazine, during which he shared his experience fighting infectious diseases over the past decade.

U: What are the most important lessons you have learned as an expert on infectious diseases?

Z: In the past 12 years, we’ve seen the outbreak of SARS in 2003. We’ve seen H5N1, H1N1, H7N9, H5N6, and then the Middle East Respiratory Syndrome (MERS) in 2015. The most important lesson I’ve learned is that when dealing with infectious diseases, we must first and foremost maintain vigilance. And we must identify the cause of the disease before taking actions to treat the patients. The second lesson I’ve learned is the importance of collaboration in the battle against infectious diseases, especially in the prevention of diseases, public hygiene, public opinion monitoring, and emergency rescue. Only when professionals in various realms of our society work closely together do we stand a chance of controlling the spread of a disease. Take the H1N1 pandemic in 2009, for example.

As far as China is concerned, there wasn’t an extensive spread of the virus, and that was because we did relatively well in collaboration, prevention, isolation of suspected cases, and treatment. We’ve been studying SARS for more than a decade now, and the lessons we’ve learned from our research and clinical experience have helped us cure a patient infected with the H5N6 virus. There were altogether four patients worldwide infected with the virus, and the patient we treated was the only survivor. Last year, we cured a MERS patient who travelled from South Korea to China, and by curing this patient, we successfully contained the spread of the disease. These achievements are the result of more than ten years of experience.

U: Which of your research projects do you think has benefited patients the most?

Z: There is a disease called Chronic Obstructive Pulmonary Disease (COPD). There are few effective treatments for this disease. In the West, inhaled corticosteroids are often used in treating COPD. But these drugs are quite expensive, so they are not a feasible solution in mainland China. We’ve done a lot of basic research and found that sulfhydryl has antioxidant properties and can prevent acute exacerbations of COPD. After more than a decade of basic research, we proceeded to clinical research. The clinical results were quite good. So we published a paper in 2008. Drugs containing sulfhydryl are now on the World Health Organization’s guidelines for drugs which can be used to prevent acute exacerbations of COPD. This research project produced an easy and inexpensive solution to a medical problem, which I think might count as a small contribution to mankind.

U: What has motivated you to dedicate yourself to medicine for decades?

Z: For a doctor or a researcher, he should count himself lucky if he could solve one or two problems in his field in a lifetime. My motivation has been my hope to alleviate suffering for patients. And this motivation has sustained me in everything I do.

U: What are the most important qualities of a good researcher?

Z: The first is perseverance. We are talking about persevering for 10, 20, or even 30 years. The second is respect for facts. By this I mean a researcher should faithfully represent what she has observed, and if she has identified any patterns or laws, she should follow them. Wishful thinking has no place in scientific research. A researcher must interpret a phenomenon or a problem on the basis of objective laws. Sometimes the result may be the opposite of what he predicted, and when that happens, a good researcher should carefully consider how to interpret the discrepancy. This is very important. Researchers must learn to respect the facts and should never commit scientific fabrication.

U: UM is engaged in cancer research, and you have a lot of clinical experience in this area. Will you consider collaborating with UM in this respect in the future?

Z: The labs in the Faculty of Health Sciences (FHS) are very advanced, and the faculty does very well in basic research. I know that the faculty members did exceptionally well last year, with papers published in prestigious journals. But I think publishing papers should not be our ultimate goal. Our ultimate goal should be to solve practical problems. So my hope for UM is that it will expand the scope of its research to include the clinical aspect. I also hope to work with the FHS and the Institute of Chinese Medical Sciences in lung cancer research by combining our respective strengths: our strength in clinical experience, and UM’s strength in basic research. 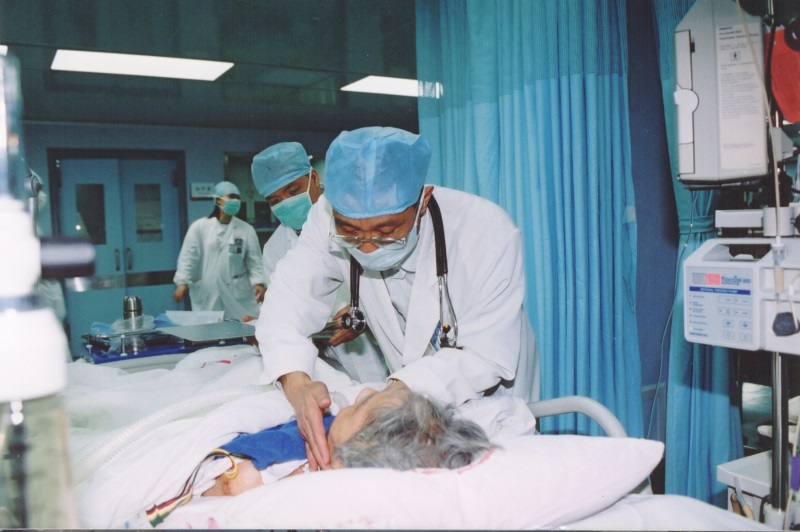 Prof Zhong Nanshan shares his experience in a respiratory ward 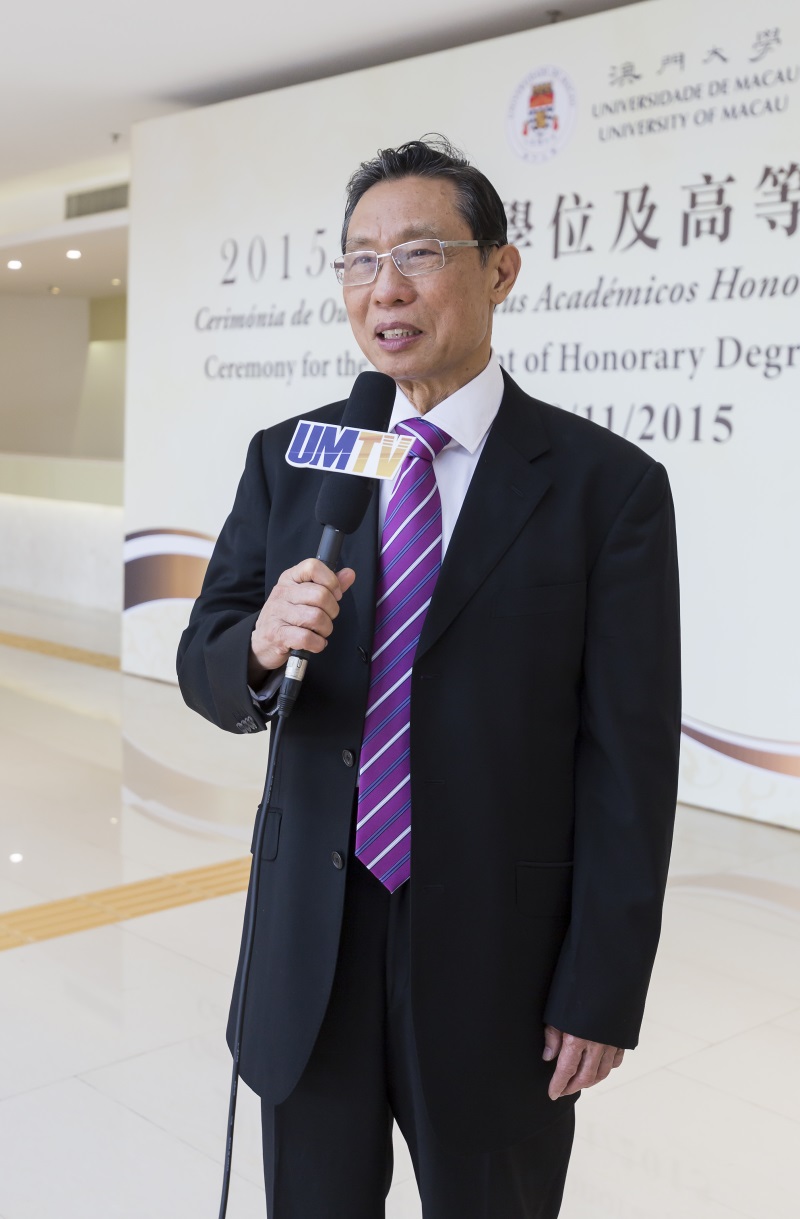 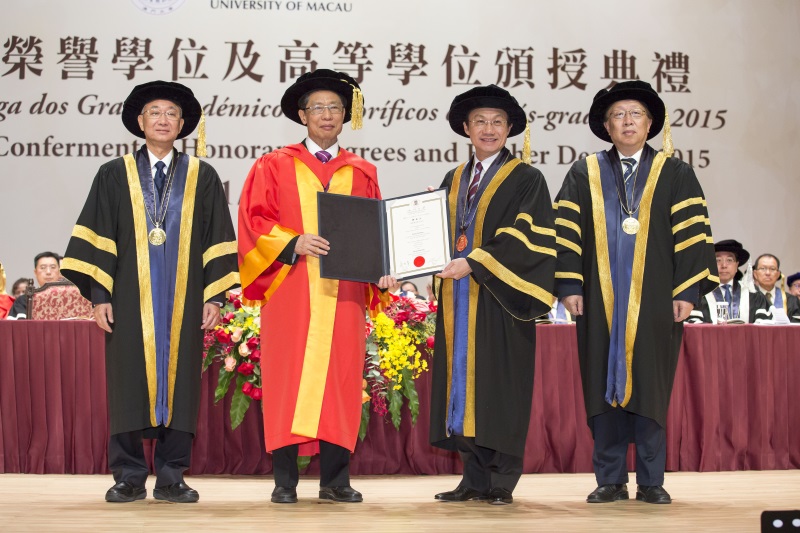 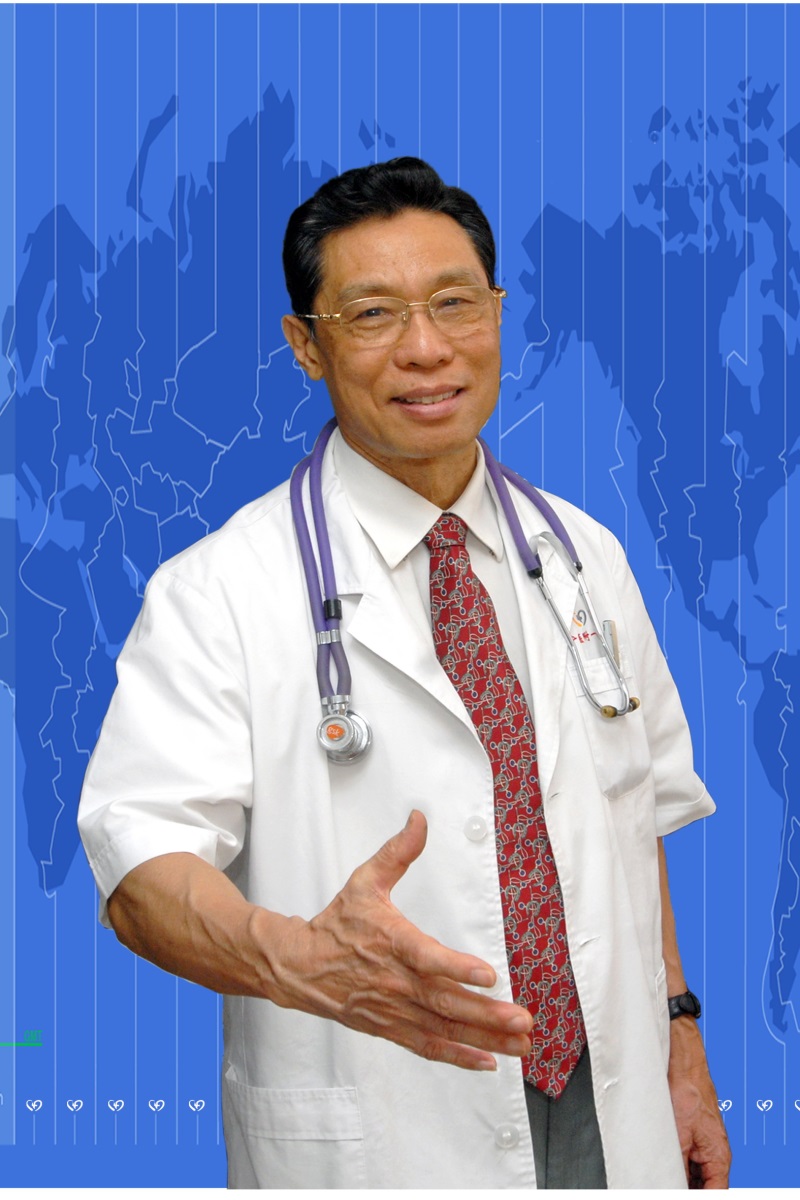