The International Conference on Teaching and Learning Portuguese as a Second Language opened today (8 April) at the University of Macau (UM). The event was co-organised by UM, the University of Lisbon, and Beijing Foreign Studies University. During the two-day event, a professional association for Portuguese language teachers in Asia will be established. UM will provide support for this association by offering assistance to the teachers and creating collaboration opportunities for them.

‘Macao has been playing a leading role in the globalisation of languages, particularly among Portuguese-speaking countries,’ said Sou Chio Fai, director of the Tertiary Education Services Office of Macao SAR. ‘Therefore, Macao not only plays an important role in the relations between China and Portuguese-speaking countries, but also has the responsibility to promote Portuguese language education in the Asia-Pacific region, in order to help others in the region rapidly adapt to the changes brought by globalisation, cultivate bilingual talent in all professional areas, and create new collaboration opportunities.’

‘Portuguese is not just a subject for academic study for UM, but also one of Macao’s two official languages, including the language of our legal system,’ said Prof Lionel Ni, acting rector of UM, in his opening speech. ‘That explains why we have such a strong Faculty of Law, attracting many international students. That also explains why the University of Macau has always attached great importance to Portuguese language education.’

Prof Hong Gang Jin, dean of the Faculty of Arts and Humanities, also gave a speech at the conference. ‘Because of Macao’s unique history, culture, linguistic environment, and geographic location, we not only have a deep sense of responsibility for promoting the Portuguese language and culture,’ she said. ‘But also a noble mission of cultivating a large number of linguistically capable and culturally competent Portuguese bilinguals or trilinguals.’ She added: ‘UM’s Department of Portuguese has 35 years of Portuguese teaching history and is the largest Portuguese department outside of Portugal and Brazil. In each semester, the department offers three full-fledged degree programmes in various fields of studies for more than 550 students.’

The conference attracted nearly 100 scholars, professors, and postgraduate students in the area of Portuguese language education from 36 universities in different parts of the world, including mainland China, Taiwan, Macao, Portugal, Brazil, South Korea, Japan, and India. During the event, the participants had an in-depth discussion on research and teaching activities related to Portuguese language education in Asia. The two-day conference aims to enhance communication among Asian universities in the teaching and learning of the Portuguese language. The event includes two keynote speeches, three keynote roundtable discussions, and 12 presentation sessions for 48 papers. 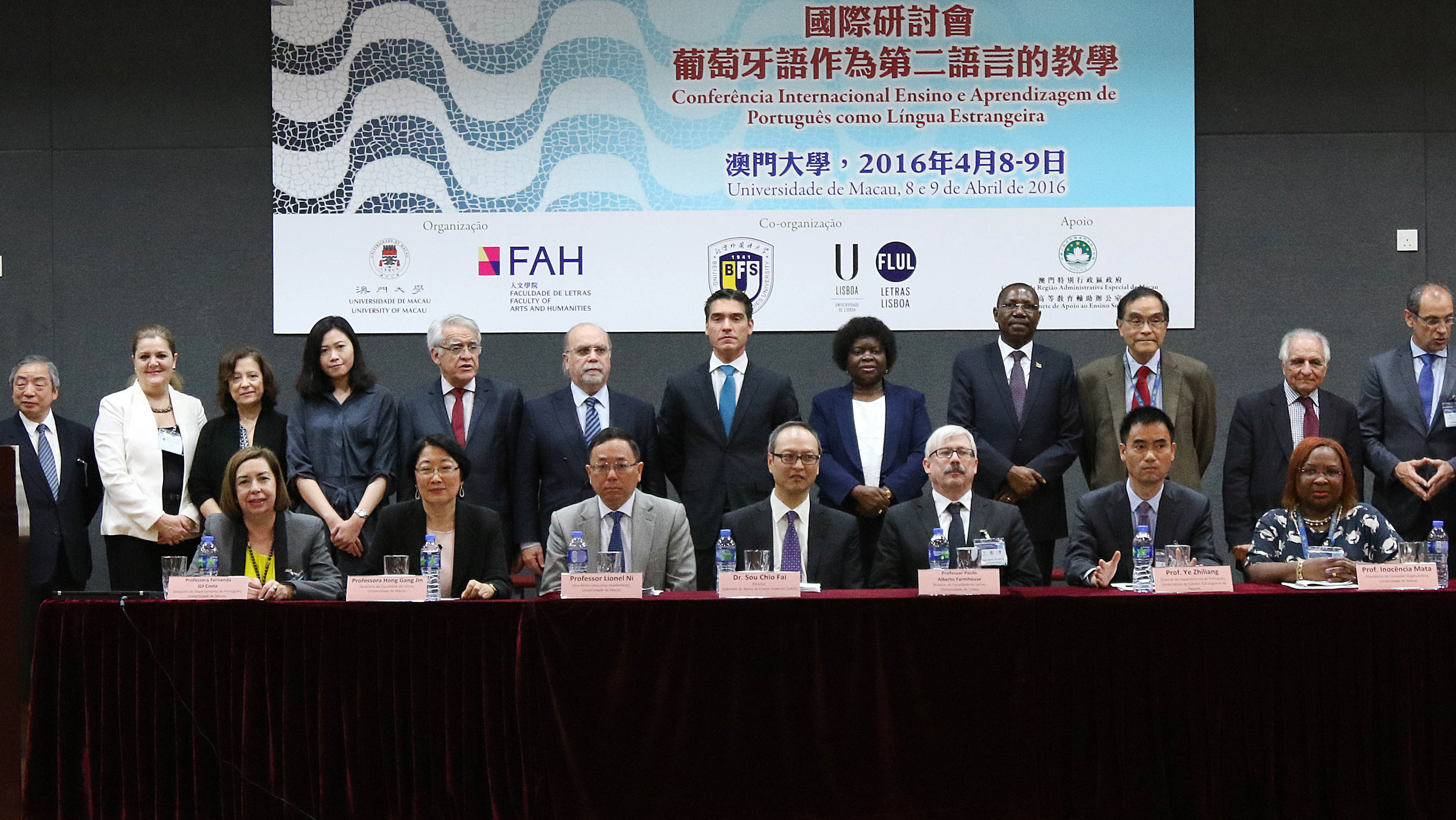