The European Union Academic Programme in Macao (EUAP-M) will hold two events at the University of Macau (UM) next week, namely the lecture, ‘The German Leadership, the Diversification of Europe, and the Future of the European Union’, and the seminar, ‘Women and Gender Politics: The Contemporary Situations in Europe and Macau’. The two events will be held in Room G051, Central Teaching Building (E4), UM, on Monday 7 March at 18:30 and Tuesday 8 March at 15:00, respectively. All are welcome.

Mr José Pacheco Pereira, former vice-president of the European Parliament, will be the keynote speaker of the first event. He will discuss Germany’s influence over the European Union. Mr Pereira has been teaching at the University Institute of Lisbon and Autonomous University of Lisbon. He is a regular contributor to the Portuguese press and a political pundit on television. The second event will feature Dr Agnes Lam, assistant dean of UM’s Faculty of Social Sciences; Prof Tony Schirato, head of UM’s Department of Communication; and Dr Brian Hall from UM’s Department of Psychology as the keynote speakers. The two events are expected to help increase the public’s understanding of gender politics and the political and economic prospects of Europe.

Established in 2012, the EUAP-M is a partnership between UM and the Institute of European Studies of Macau, co-financed by the European Union. It aims to help the general public in Macao, especially students of all levels, to understand more about the EU. 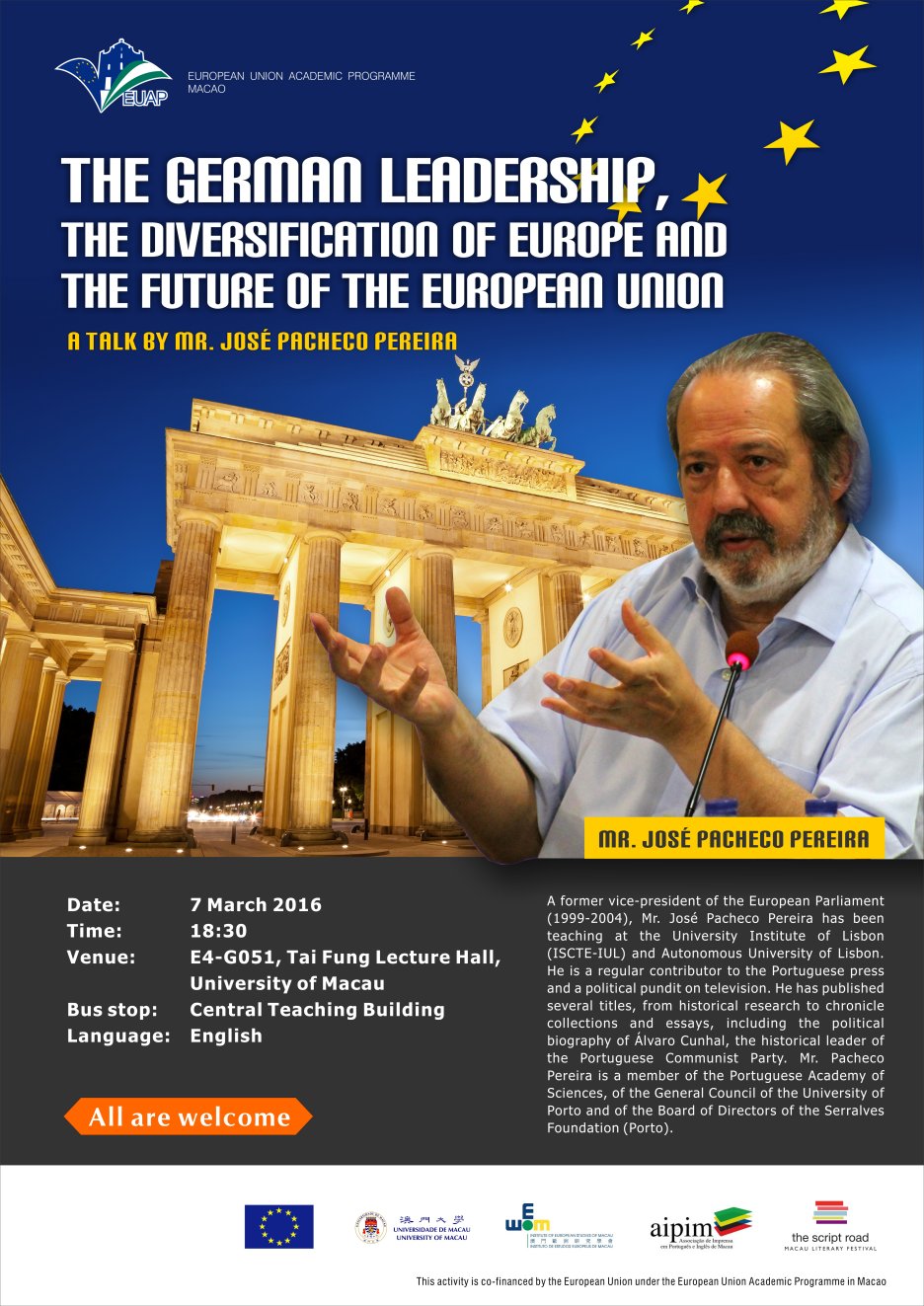 The lecture on ‘The German Leadership, the Diversification of Europe, and the Future of the European Union’ 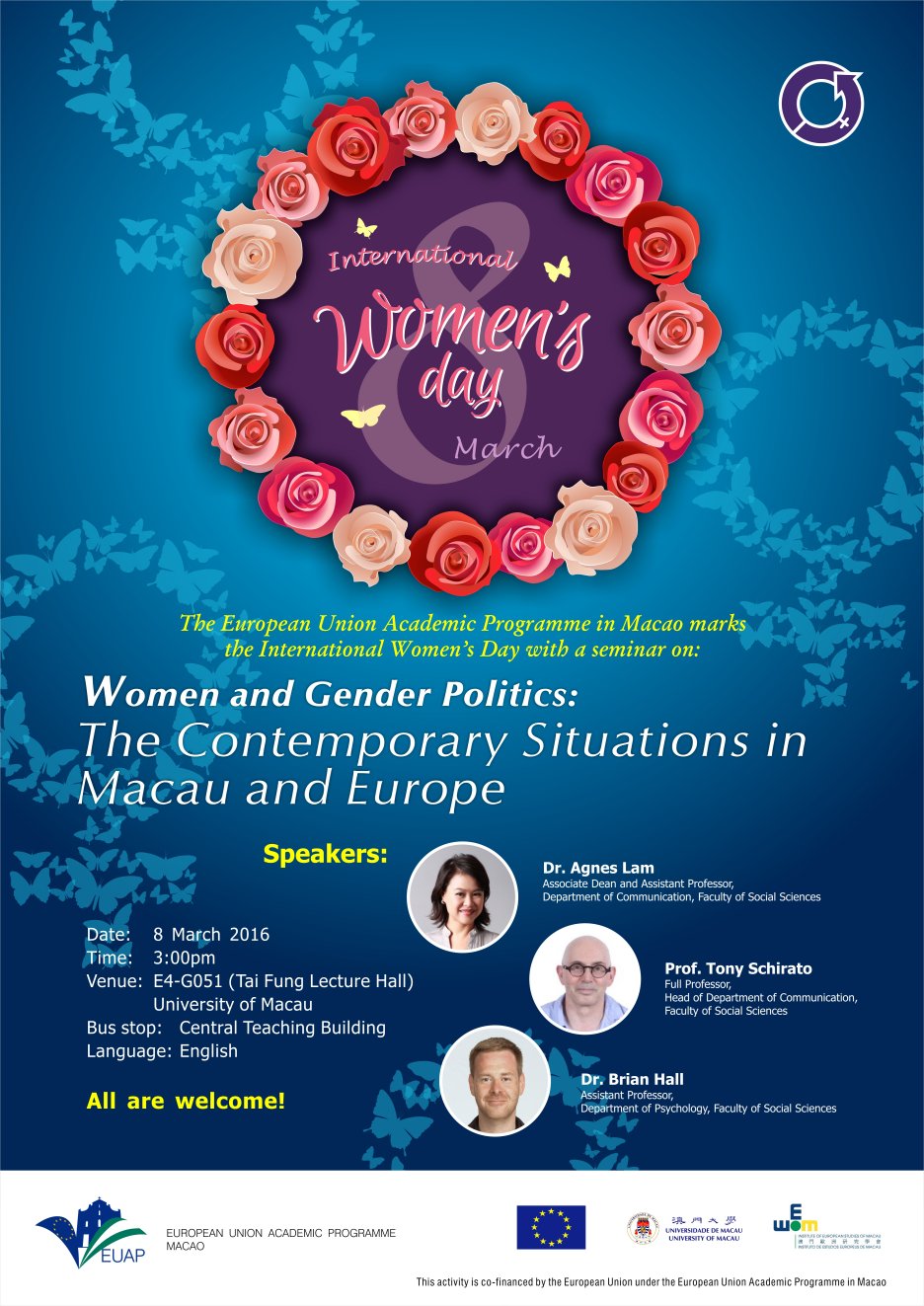 The seminar on ‘Women and Gender Politics: The Contemporary Situations in Europe and Macau’