A first-year student from the Department of English of the Faculty of Social Science and Humanities, the University of Macau (UM), Omoleye Segun Emmanuel, won the First Prize and the Best Manner Award at the Seventh Macao-wide English Speech Contest and the Fourteenth “21st Century” National English Speaking Competition Macao Regional Contest.

On the theme “Globalizing Macao”, and the topic for the College Category “Global Challenges for Education in Macao”, Emmanuel delivered a humorous speech with clear and persuasive arguments. His outstanding speech impressed the judges and the audience, and finally he beat all the contestants and successfully won the First Prize and the Best Manner Award.

Emmanuel said that, as the topic was challenging, he had to do a lot of research and analyses on it, without which he would not have been able to write such a convincing speech. Besides confidence, he noted, excellent speaking skills and a good sense of humour were the key factors in winning the contest. It was also important, he further added, to show a good manner and respect for the contestants, audience and the judges while delivering his speech.

Having won this year’s Macao-wide English Speech Contest, Emmanuel will represent Macao at the “21st Century” National English Speaking Competition to be held in Shanghai in 2009. 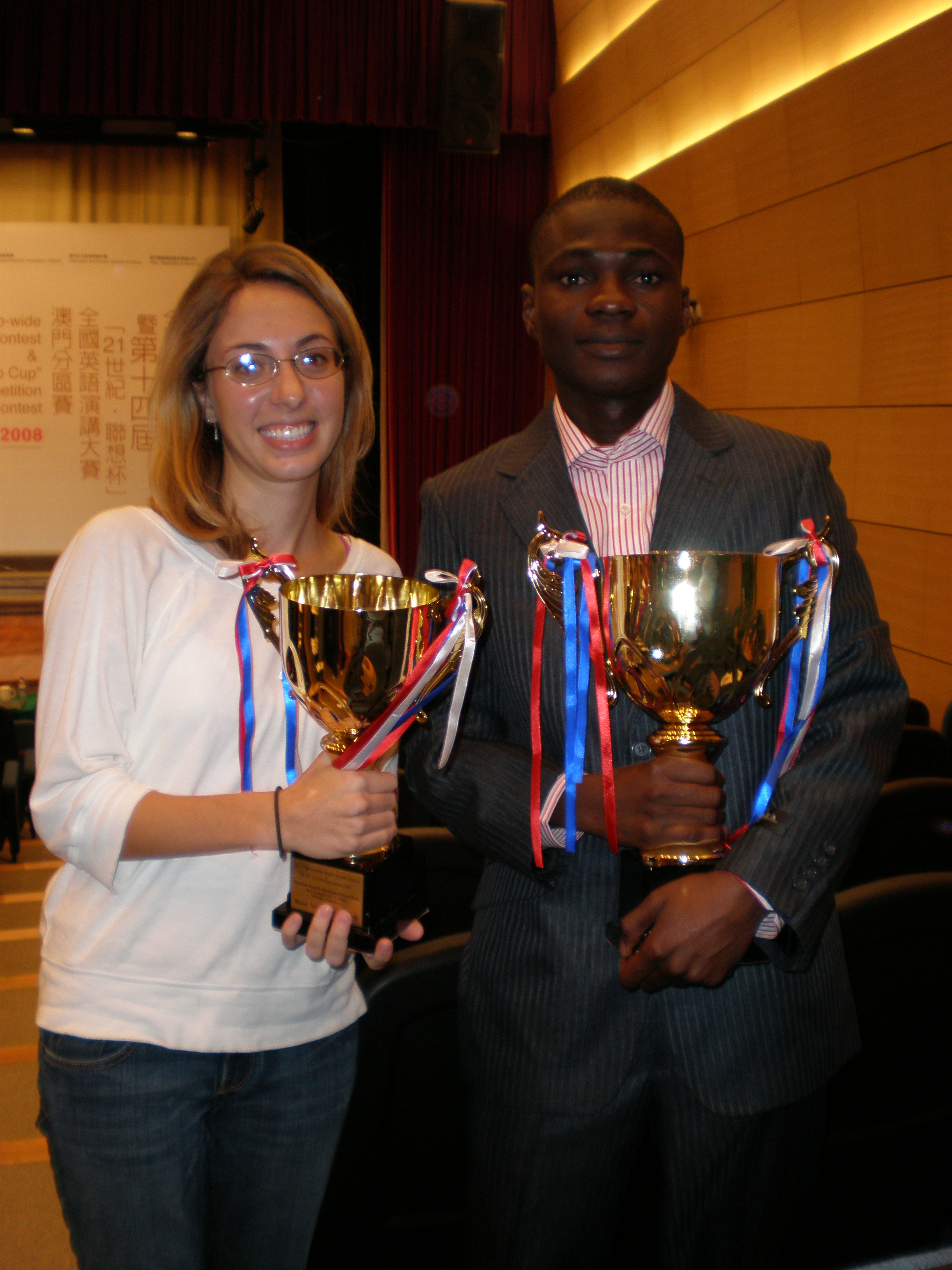