The University of Macau (UM) today (6 December) held a Doctor honoris causa Forum in the University Hall. The theme of the forum was “Finance and Social Responsibility”. Prof Robert C Merton, the 1997 Nobel laureate in economics and this year’s recipient of an honorary doctorate from UM, was the keynote speaker. Mr Tian Guoli, chairman of the Board of Directors of the Bank of China, was the guest speaker. Prof Merton and Mr Tian discussed the driving force improving the global financial system as well as ways to build a socially responsible financial sector. The forum attracted nearly 1,000 people, including UM faculty members, students, staff, scholars, and finance practitioners.

UM Rector Prof Wei Zhao said that Prof Merton is noted for putting finance theories into practice and has re-shaped the world of finance and economics with his Option Pricing Theory and Intertemporal Capital Asset Pricing Model. Prof Merton’s replicating portfolio strategy remains a standard approach to pricing derivative securities. UM conferred an honorary doctorate on Prof Merton in recognition of his significant contributions to the development of a new method for pricing derivatives. Rector Wei Zhao also praised Mr Tian for his contributions to the financial and economic development in China as an influential banker.

In his speech entitled, “On the Role of the Science of Finance in the Global Practice of Finance: Past, Present and Future”, Prof Merton discussed how, over the past four decades, financial innovation has been a central force generally improving the global financial system with considerable economic benefit having accrued from those changes. The scientific breakthroughs in finance in this period both shaped, and were shaped by, the extraordinary innovations in finance practice that expanded opportunities for risk sharing and lowered transaction costs as well as information and agency costs. But Prof Merton also pointed out that financial innovation can also carry with it increases in risks, particularly from mismatches between innovation and the infrastructure necessary to support it, as experienced in the financial crisis between 2008 and 2009, which was a result of inappropriate use of financial innovations.

Through a series of examples, Prof Merton explored finance science and the innovations in capital markets surrounding the manifest transactional functions of the financial system, connected sources of capital with users of capital, and identified those best suited to bear economic risks. He also illustrated the use of financial innovation to help solve the global retirement funding challenge.

UM arranged a conversation session after the forum to give students a chance to have face-to-face interactions with Prof Merton. Participating students thought it was a rare and precious opportunity to speak to a Nobel laureate face-and-face and felt they benefitted a great deal from the experience.

The forum received support from the Bank of China. The second Doctor honoris causa Forum will be held on 7 December at 3:00pm. Prof Mo Yan, the 2012 Nobel laureate in literature, will speak on the topic of “Achievements of Chinese Literature and Its Future”. Macao Foundation Administrative Committee President, Dr Wu Zhiliang, and UM Chair Professor Yang Yi will be the guest speakers. 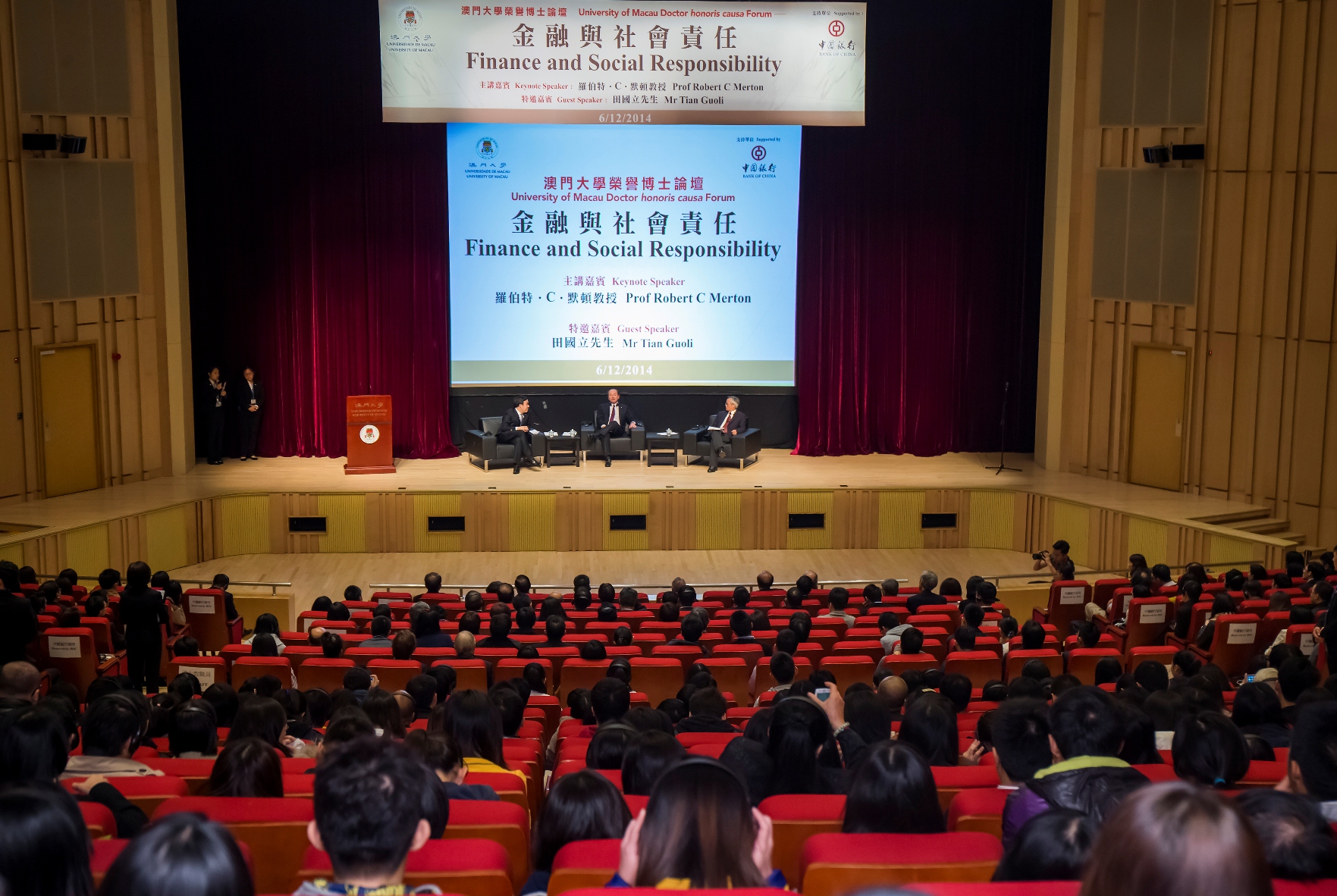 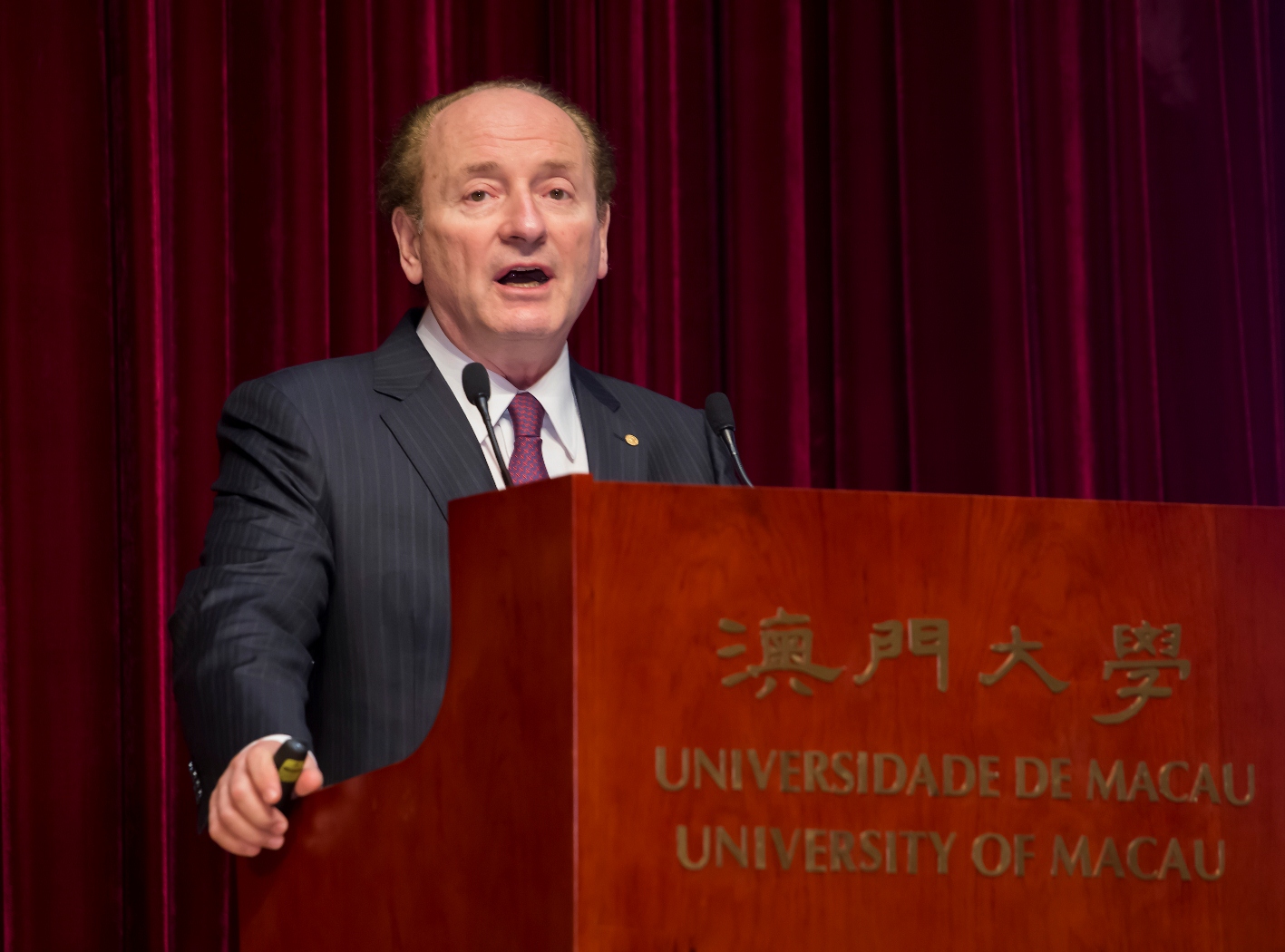 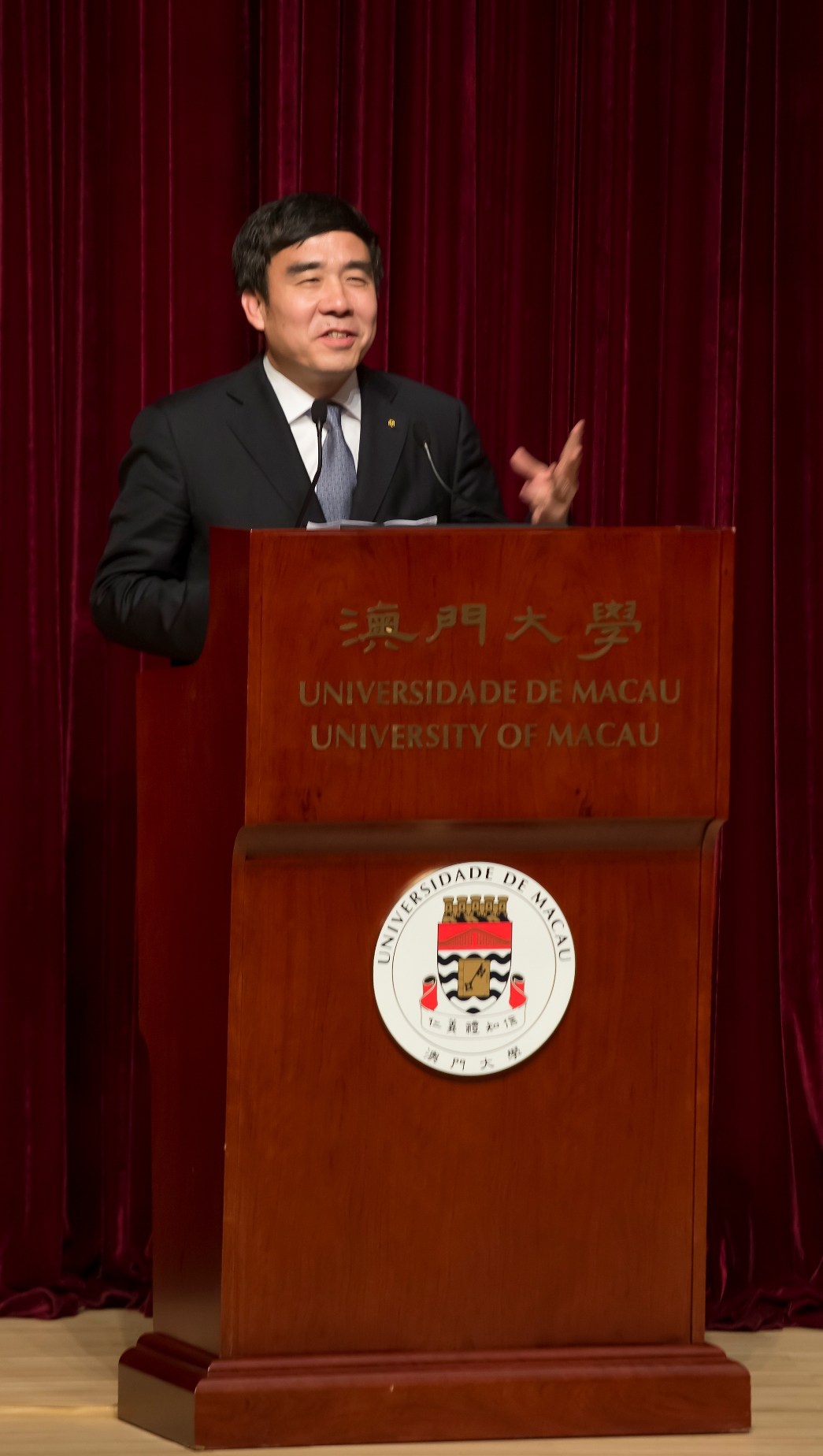 Bank of China Board of Director Chairman Tian Guoli 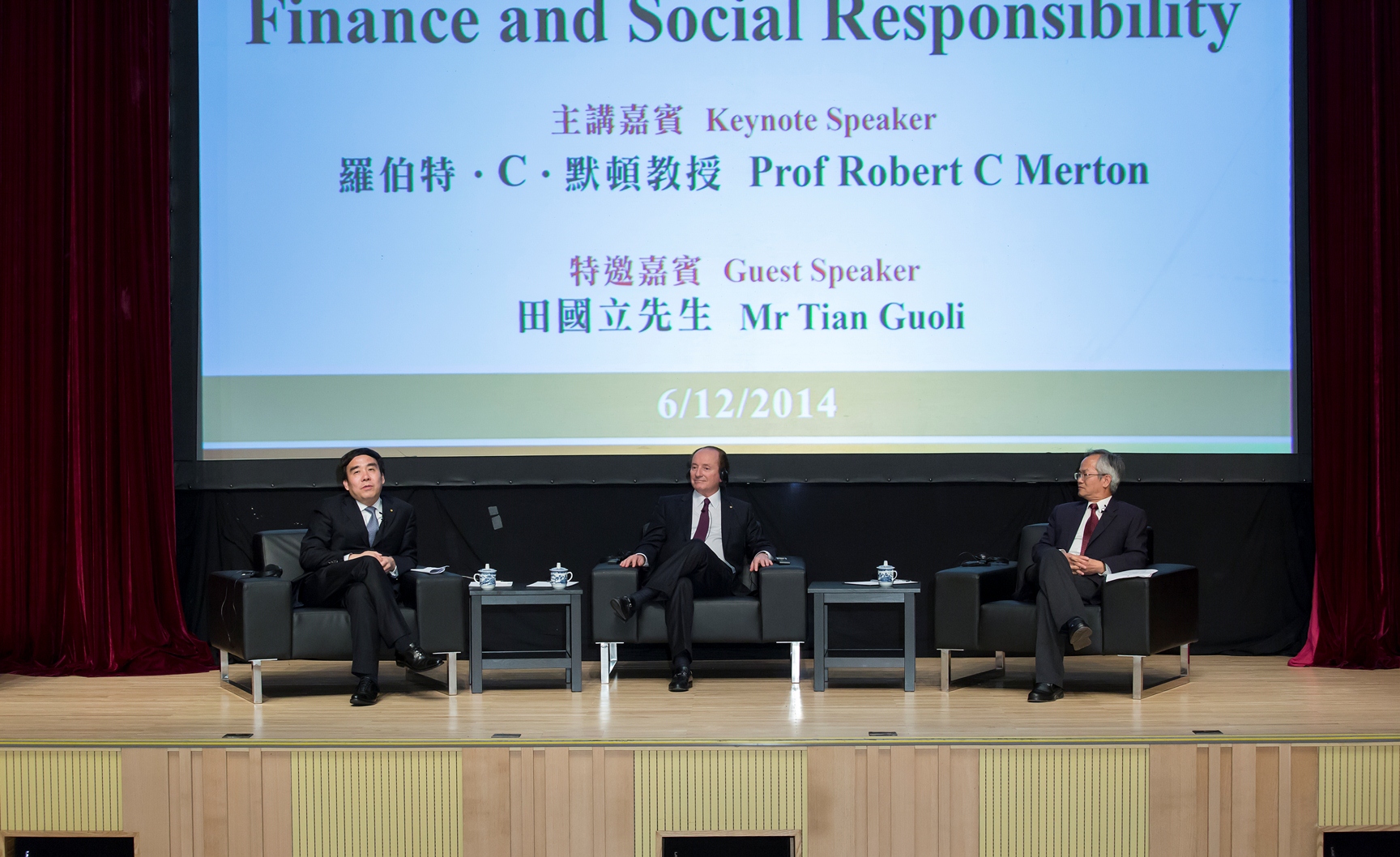 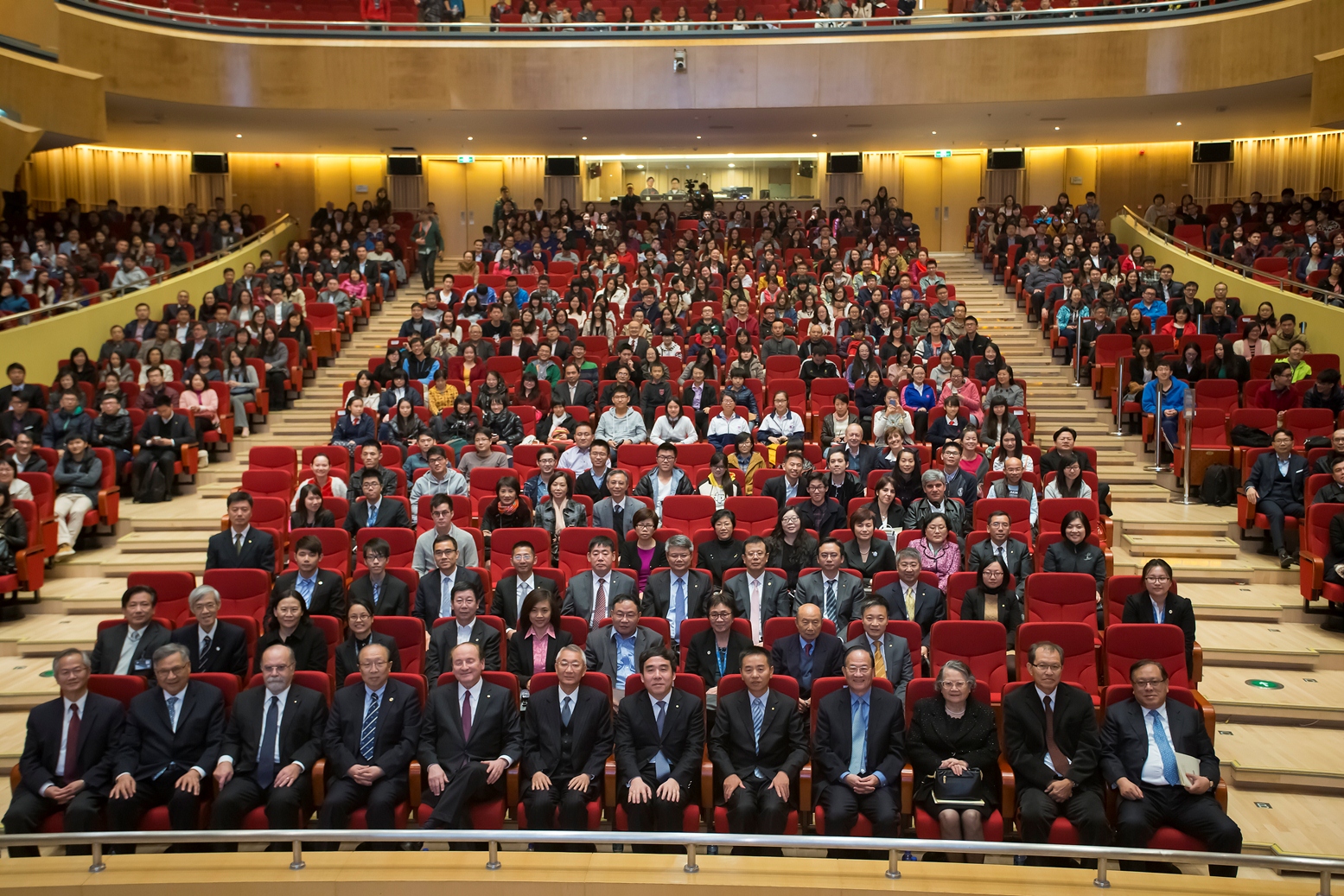