An Honorary Professorship has been conferred upon UM Rector Wei Zhao by Suzhou Institute for Advanced Study, University of Science and Technology of China (USTC) and Soochow University (SU), in recognition of his remarkable contributions and achievements in research and teaching in the field of computer science.

An internationally renowned Chinese-American scholar, Rector Wei Zhao has taken up the office of Rector of the University of Macau (UM) in November 2008. After completing his undergraduate study in physics at Shaanxi Normal University, Xi'an, China, he studied and worked in the US for 26 years. He is the first Chinese-American from the Mainland to have been appointed as university Rector through global open recruitment in Hong Kong and Macao. Before joining UM, he served as the Dean of the School of Science at Rensselaer Polytechnic Institute, Director of the Division of Computer and Network Systems in the US National Science Foundation, and Senior Associate Vice President for Research at Texas A&M University. As an IEEE (The Institute of Electrical and Electronics Engineers) Fellow, he has made significant contributions in distributed computing, real-time systems, computer networks, and cyberspace security. The scientific research team he led has won numerous awards at various international meetings.

At the conferment ceremony, Rector Wei Zhao who comes from Suzhou, Jiangsu Province, expressed his deep love for his hometown as well as sincere gratitude to the two universities for the conferment. He also voiced his hope that USTC, SU and UM can step up communication and collaboration in scientific research and academic field. After the conferment ceremony, Rector Wei Zhao gave two academic lectures, namely “Camouflage Technology in Computer Transmission System” and “Real-time System—Theories and Application”, to teachers and students from these two universities. 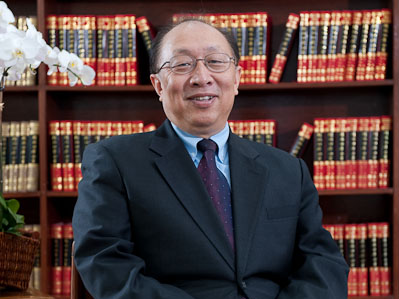