Prof. Joseph E. Stiglitz, Nobel laureate in economic sciences, one of the most important economists of our time, and recipient of an honorary doctorate from the University of Macau (UM), today gave a talk entitled “The Price of Inequality” at UM to a full-house audience.

In his welcome remarks, UM Rector Wei Zhao noted that Prof. Stiglitz was no stranger to UM as he gave a talk on the Asian financial crisis at UM in 2002, which was his first public talk in Asia after he received the Nobel Prize in Economic Sciences. Rector Wei Zhao praised Prof. Stiglitz as one of the most important and influential economists of our time who has won numerous honours. Rector Wei Zhao also thanked the Environmental Protection Bureau of Macao SAR and the Macao Trade and Investment Promotion Institute for their great support for the talk, which provided a great opportunity for the students to learn from a master economist.

In his talk, Prof. Stiglitz pointed out that inequality and the gap between the rich and the poor have been growing within most countries around the world, and developing countries including China are not immune from these trends. He noted that there are many dimensions to inequality, including inequalities in income, wealth, health, exposure to environmental hazards, and access to justice. Data show that in the past few years, the incomes and wealth of the rich have been growing at an astounding rate, and a disproportionately larger share of the economic pie has gone to the top 1% of the population.

Prof. Stiglitz thinks that each aspect of inequality has its causes, including discrimination, social customs and conventions, laws and regulations, and globalisation. He believes that society should ensure equal opportunities for all children. “What we mean by equality of opportunity is that a child, no matter where is born, no matter who his parents are, will have the ability to live up to his potential,” said Prof. Stiglitz. “But in fact when we look at our society, it’s not the case.” Prof. Stiglitz discussed how inequality affected young people’s upward mobility, citing examples of some students in the United States who, because their parents are not wealthy and well-connected, had to borrow money to go to college, only to find that after graduation they couldn’t afford unpaid internships, and ended up waiting tables in the restaurants. He mentioned that Christine Lagarde, managing director of the International Monetary Fund, said in her recent talk to leading Chinese officials in Beijing that more inequality leads to lower economic growth and more economic instability, and expressed concern that China ought to be doing more to address the problems of inequality.

During the Q&A session led by UM’s Faculty of Business Administration Dean Prof. Jacky So, some audience asked about China’s development, Prof. Stiglitz said that even as China is slowing down its growth, 7% is a number that economists did not even think of as feasible 40 years ago. He also mentioned that GDP is not a good measure of economic growth, because environmental protection, health care, social stability and equality are also very important that deserve the government’s attention.

Prof. Stiglitz is the chair of the Commission of Experts of the President of the United Nation General Assembly on Reforms of the International Monetary and Financial System. He is a professor at Columbia University, where he is also the founder and co-president of the university’s Initiative for Policy Dialogue. He was former chief economist of the World Bank, and he has taught at several top universities, including Princeton, Stanford, and MIT. He was awarded the Nobel Prize in Economic Sciences in 2001 for his analyses of markets with asymmetric information.

Should you have any inquiries about the press release, please feel free to contact Ms. Kristy Fok at（853）8397 4323 or prs.media@um.edu.mo or visit UM webpage www.um.edu.mo. 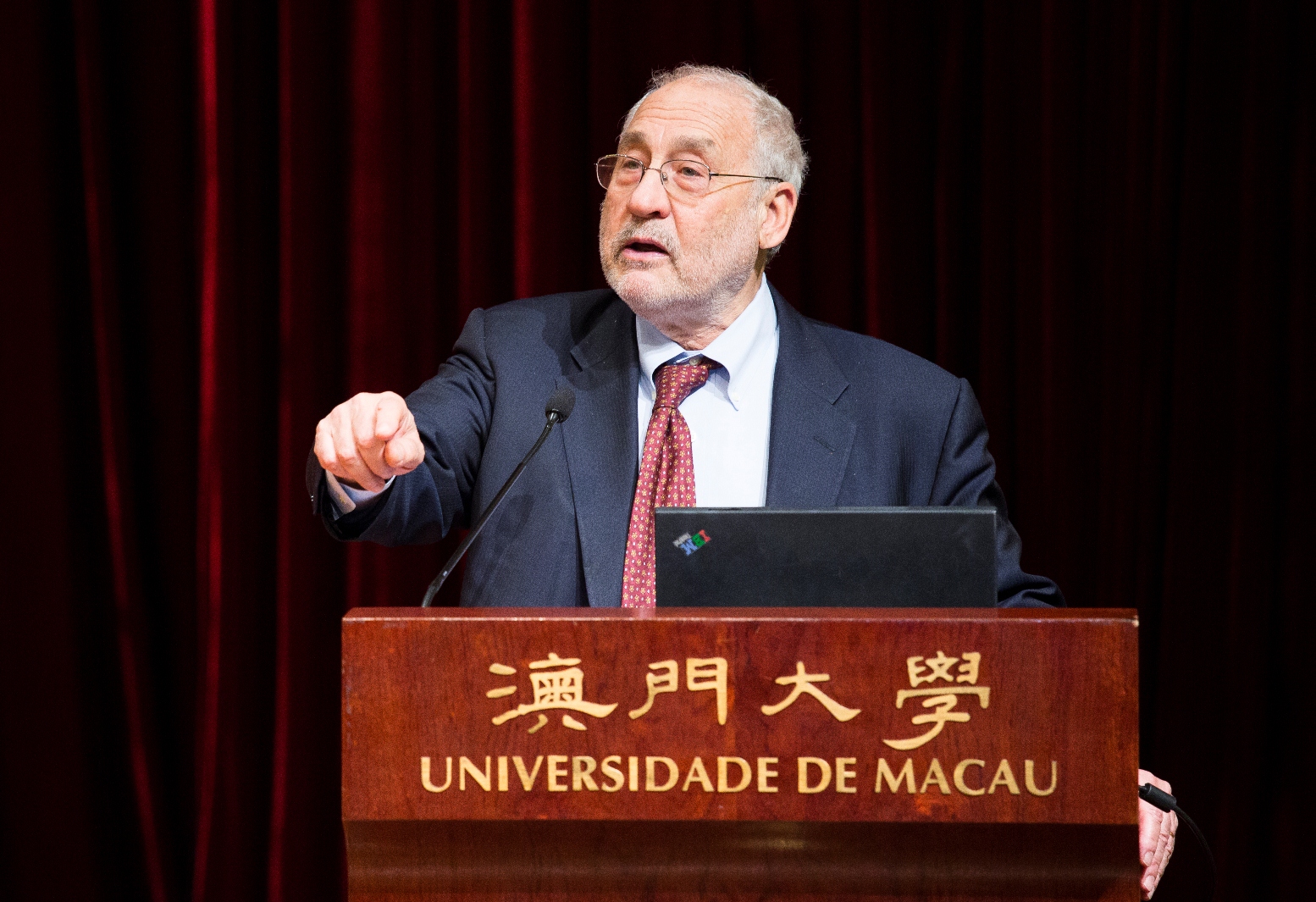 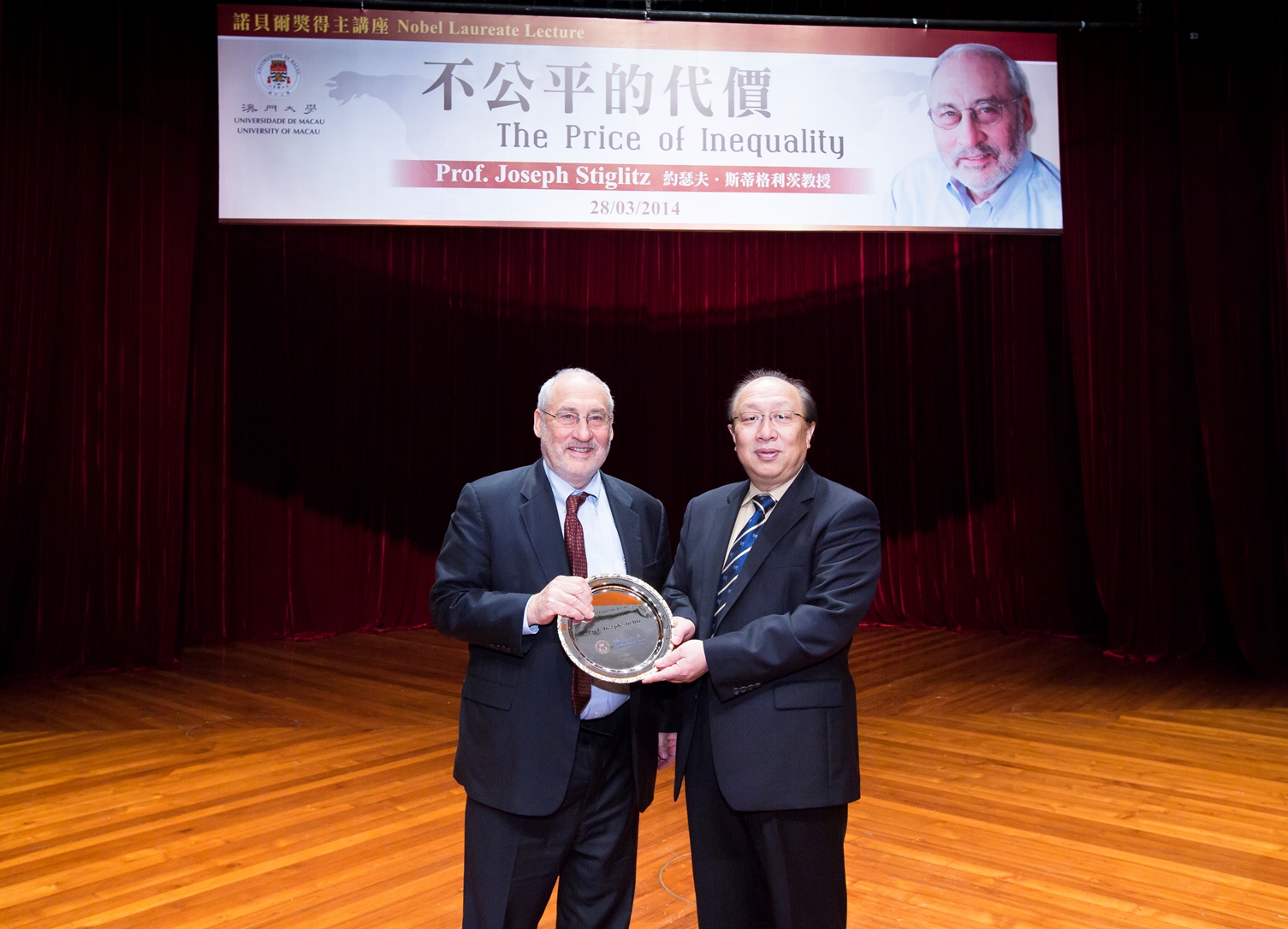 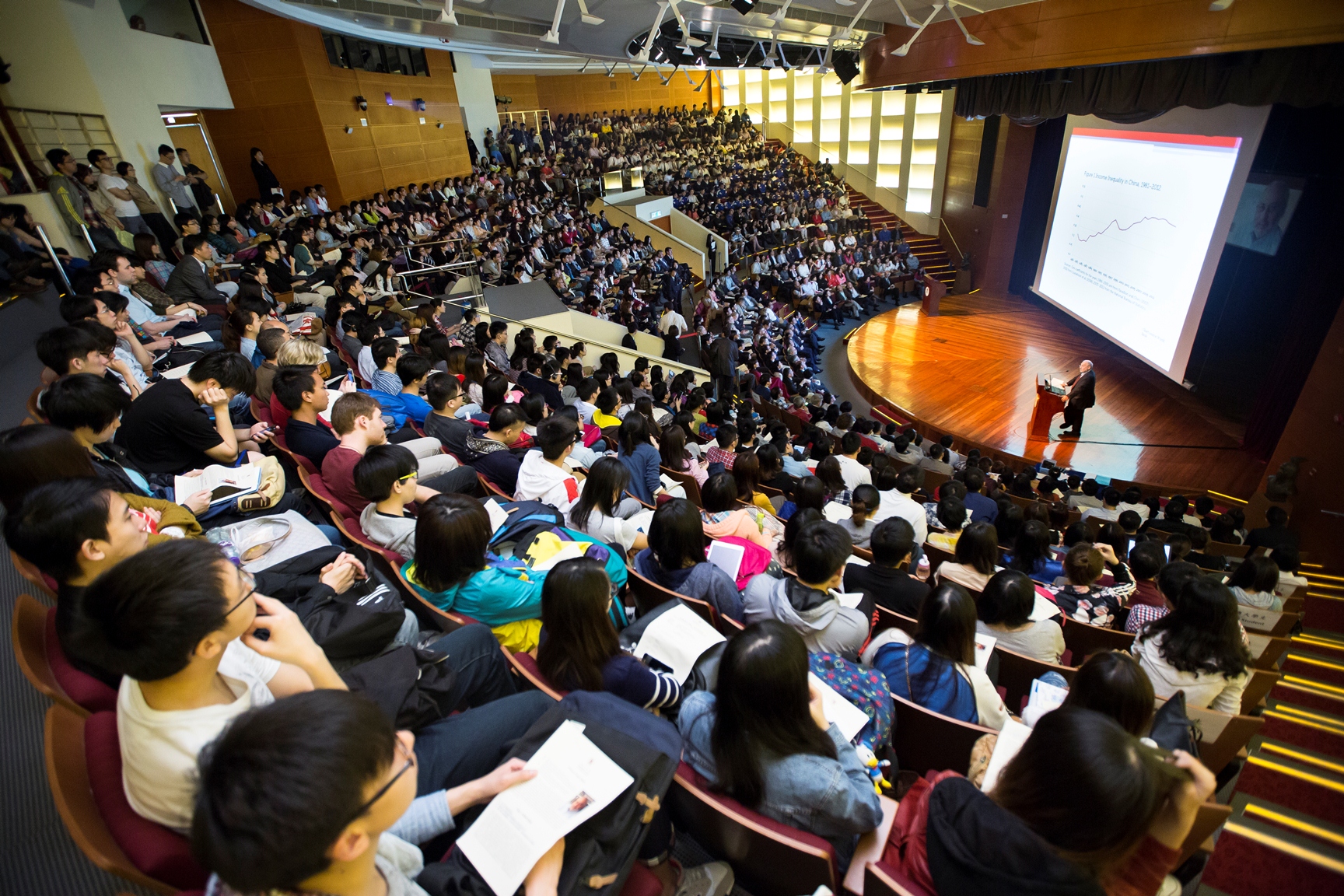