The 32nd issue of My UM has been released

Did you know one of the students at UM, whom you probably have passed by several times on the campus, has been twice named Mr. Football of Macao?  If you want to know more about this mysterious student football star and the experiences of the first group of students living on the new campus, don’t miss the latest issue of My UM, which also contains a piece about how the new campus is divided into four parts for maximum convenience. Please find the e-versions of the articles below.

It’s been a month since the start of the new semester. You probably have already settled into a new routine. Did you know that in this semester approximately 1,400 postgraduates and first-year students have moved into the new campus? How are they adjusting to the new environment? “I used to rent, which was very expensive, and involved a lot of expenses, and the communication with the landlord was a lot of hassle,” says second-year postgraduate Zheng Jiajia. “Now I’m living on the new campus. I feel safer. It’s much more comfortable and convenient, because the staff would solve all the problems for us, which frees us to focus on our studies.”

There are washing machines in every residential building and closets in every room, and on each floor of every building there are rooms for students to hang washed clothes. All pantries are equipped with essential appliances like microwave ovens, refrigerators, and drinking fountains. Due to the lack of permanent restaurants at this stage, the university has arranged a temporary takeaway restaurant and has set up vending machines at different locations for the students’ convenience. A service centre selling food and grocery items has also been put into use. At the entrance of each building there is a security guard to ensure safety. The rooms are large, brand-new, complete with all the essential living facilities, and have wired internet connection (with a wifi zone on the ground floor). As for transport, shuttle bus service between the current campus and the new campus is available, with nighttime service operating until the next morning.

For first-year undergraduate Yu Liheng, who had to share a room with seven other students when he was in middle school, the new campus is nothing less than a “five-star home”. Although he admits that currently dining on the new campus is not very convenient and the internet speed could be faster, he still thinks the beginning of this new chapter in his life is beautiful. “There are many activities every day. In fact I just watched a basketball match this morning which was organised by our residential college,” he says excitedly. “And unlike living on campus when I was in middle school, here the boundaries between different classes become blurred, which is a good thing, because when I was in middle school, I didn’t know the other students very well until after three years of living together, but here in less than a month I’ve already made a lot of new friends.” And as for the shuttle bus service which some students have complained about not being frequent enough, Yu says it doesn’t bother him. “I think it’s okay,” he says. “I would leave a little early to make allowances for the possible delay, which actually I haven’t experienced so far. As for the wait in the bus, I think it’s reasonable to wait a bit for more passengers to leave.”

Overall, students who are now living on the new campus describe the living conditions as satisfactory and the living arrangements as thoughtful. Many of them have offered suggestions for further improvement, which mainly revolve around the quality and prices of the foods, the lack of extractor fans in the pantries, and the lack of stops at the current library and the “killer slope” for government-operated bus service.

At age 20, he has been twice named Mr. Football of Macao. He has represented Macao at international football matches and scored four goals. Meet Leong Ka Hang, a third-year undergraduate from the Department of Communication at UM.

It’s perhaps no exaggeration to say that Ka Hang was born for football. He devotes half of his time to playing football. Currently he serves on three football teams (the Macao Football Team, the Monte Carlo FC Macau, and UM’s Football Team). He trains three to four times a week, two hours each time. When he is not in training, he does strength and conditioning exercises with his friends. He spends the breaks in between classes in UM’s gym room. He does set aside one day every week to rest—in the form of watching football matches and news!

The day we met Ka Hang for the interview, he just finished practicing football. He came running towards us, all beaming and sweaty, and offered a too-firm handshake that made our student reporter flinch. He quickly apologized and explained that it was a force of habit. “If we didn’t do a very firm handshake with our opponent before the match, our coach would give us a dressing-down,” says Ka Hang with a smile. “He would say, ‘Oh come on guys! You think you can catch a quail with those weak hands of yours?!’”

Ka Hang fell in love with football the first time he played it with his brother at the age of 10. An energetic boy by nature, he felt like a fish in the water, exhilarated by the sense of freedom football gave him. That day he fell down from chasing the magic ball more times than he could remember, but he kept climbing up and dusting himself off for another try. Eventually he did catch the ball, but the chase has never stopped ever since. “Nothing can stop me from playing football,” says Ka Hang.

Nothing indeed! Not injuries—once when he was recovering from an injury, he still went to the gym room every day. Not parents’ worries—at one point in middle school his grades were slipping so quickly that he faced the prospect of repeating a year, so he promised his distressed parents that he would do whatever it took to catch up in school just so he wouldn’t have to give up football. And not his camera shyness—his increasing popularity put him in the media spotlight which he wasn’t very used to at first, but he has come around about it. “It’s a good thing that people come to watch you play,” says Ka Hang. “Even the world’s greatest player needs a cheering audience.”

Macao doesn’t lack enthusiastic football fans, but the number of professional football players in Macao could be counted on one hand. For many, even those with real talent, football has remained a hobby and a pastime. Ka Hang thinks this is due to some practical considerations, not the least of which is the difficulty in earning a decent income from playing football.

The new campus is divided into four parts, the east, the south, the west, and the north, for maximum convenience for staff and students. Read on for more details.

The lengths of the new campus from south to north and from east to west (in the middle) are approximately 1,600 metres and 650 metres respectively. If you walk really fast, it would take you at least ten minutes to cover the entire length from south to north. The more than 60 buildings are distributed in the four parts according to their different functions, making it very easy to find your destination. The interbuilding distance is less than 300 metres to make sure that students can make the transfer between different buildings within the ten-minute break.

The library, the Central Teaching Building, the various faculties, and the Student Activity Centre are in the east part of the campus. The Postgraduate Houses and the Staff Quarter are in the south. The west is mainly occupied by residential colleges, while the north is where the laboratories, the Administration Building, sports facilities and the UM Guest House are located. Each building has been given a code for easy identification of its location (e.g. the code for the library is E2, which means the second building in the east. The code for the University Mall is S8, which means the eighth building in the south).

On your first visit to the new campus, it’s wise to get a campus map (as appended, red for east, green for south, blue for west, and gold for north), or pay attention to the signage in front of the buildings, so you won’t get lost. 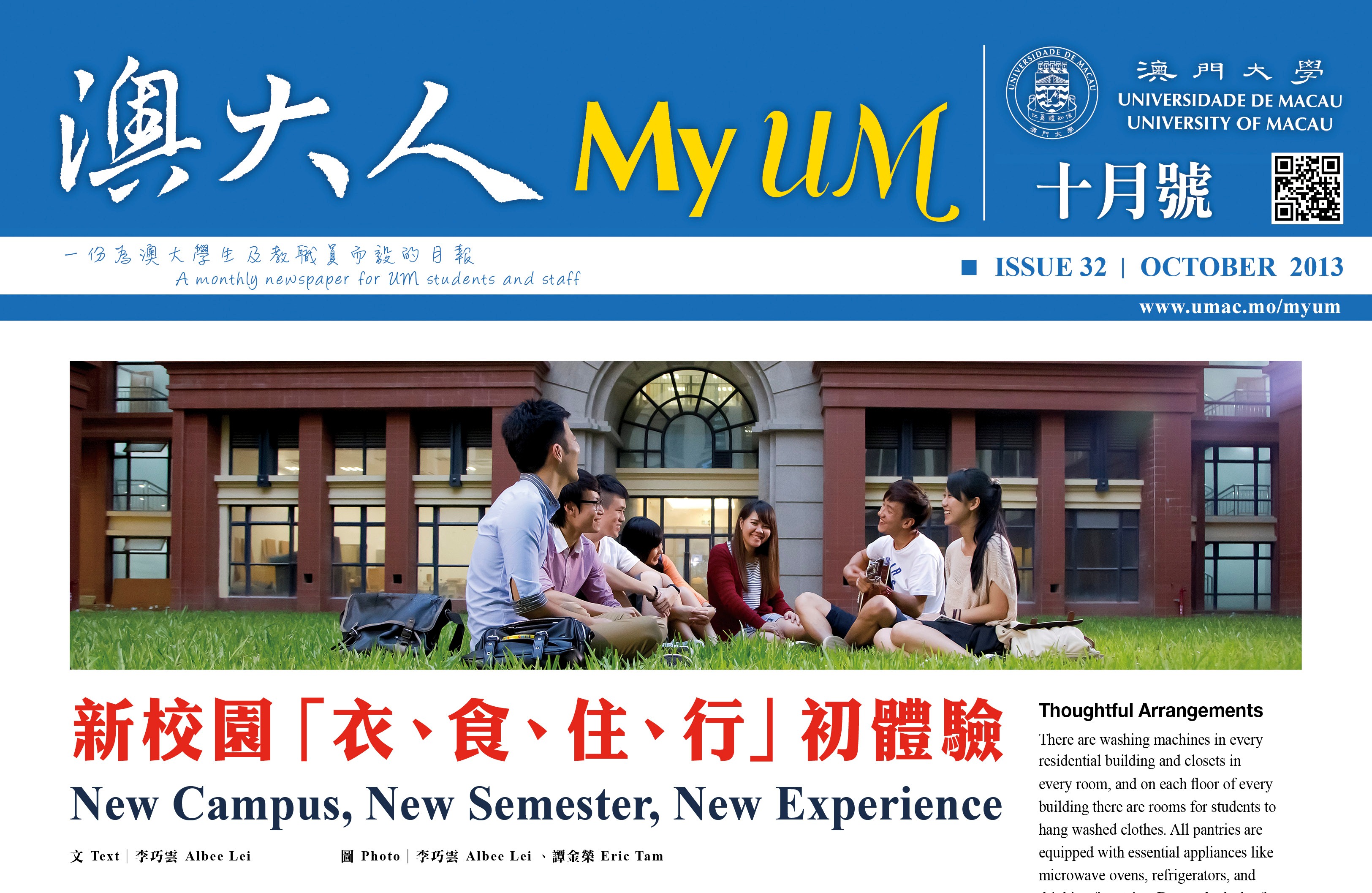