At the Eleventh Macao Inter-Tertiary Debate Competition (English Debates), which was held at the Macao Polytechnic Institute from 18 October to 20 October, the University of Macau (UM) won the championship and all individual awards, including the Best Debater Award in the grand final, as well as five Best Debater Awards in the preliminary rounds. This is the sixth consecutive year UM’s English Debating Team has won the championship at this competition. Two teams from UM went straight to the grand final for their excellent performance.

Organised by the Tertiary Education Services Office of Macao SAR, the competition attracted debating teams from UM, the Macao Polytechnic Institute, the Macau University of Science and Technology, the Institute for Tourism Studies, the University of Saint Joseph, and the City University of Macau.

The competition aims to stimulate university students’ interest in a diverse range of topics to help them achieve well-rounded development. It also hopes to help participants improve critical thinking and spoken English proficiency. 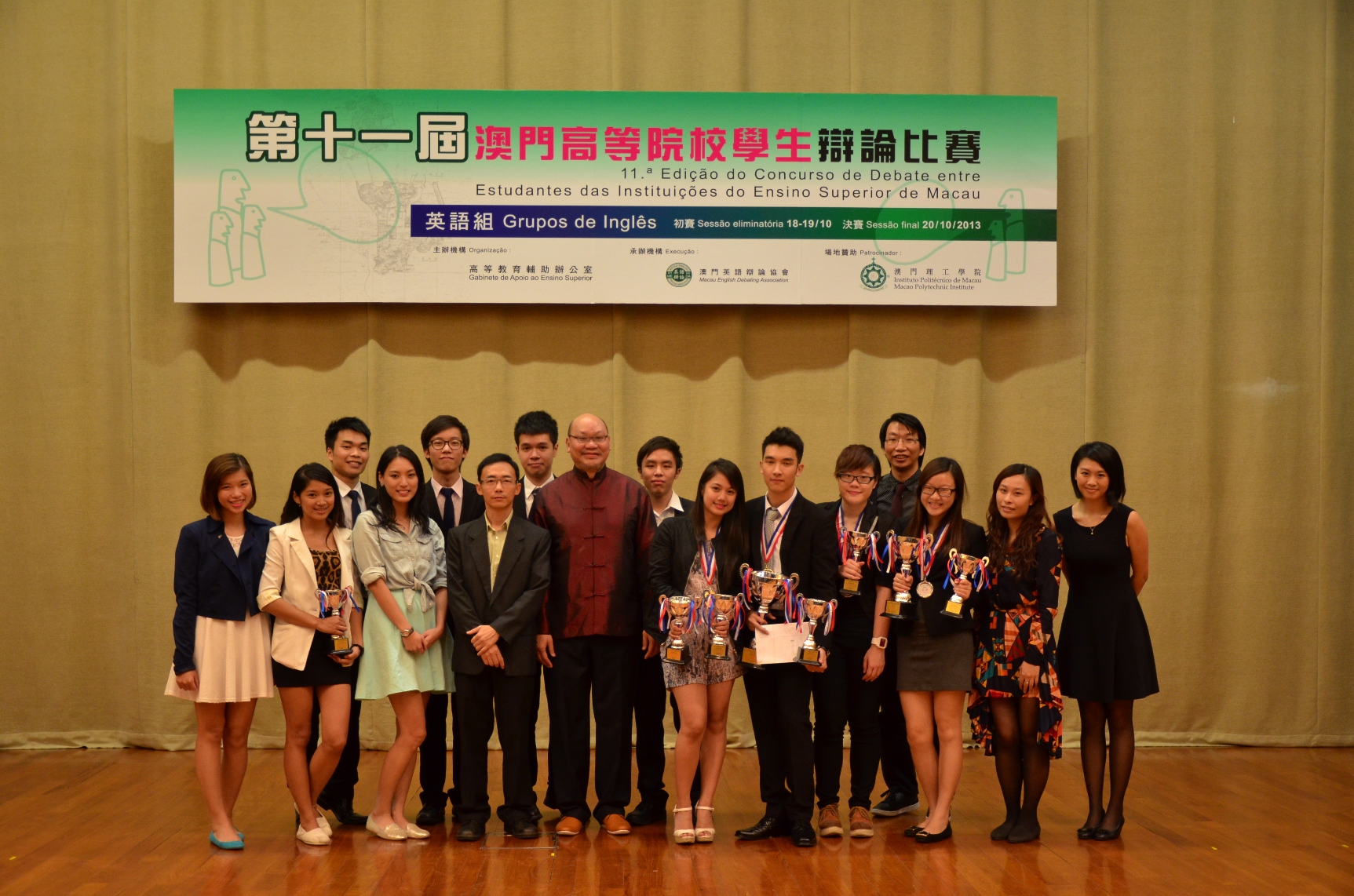