Two undergraduate students of the Department of Electrical and Computer Engineering, Janir Nuno da Cruz (Janir) and Lao Ka Fai (Kevin) won the First Prize and the First Runner-up Prize in the IEEE Student Project Competition 2013, Macau. Their projects “Adaptive Time-Window Length and Patterned Visual Stimuli for Enhancement of SSVEP-based BCI Performance” and “Extensions and Modifications of CCA in SSVEP-based BCIs” were both supervised by Dr. Wan Feng.

People with disabilities are challenged every day by barriers to communication and independent living. By analyzing the signals produced due to brain activities, Brain Computer Interfaces (BCIs) can provide an alternative channel that does not depend on peripheral nerves and muscles, between human and environment for communication and control. Both projects aimed to enhance the performance of Steady State Visual Evoked (SSVEP)-based BCIs, which are comparatively mature and widely used as spellers or to control a wheel chair due to their good usability and high information transfer rate. With an online performance measure proposed and patterned visual stimuli designed, Janir's project concentrates on developing and implementing a high performance user adaptive SSVEP-based BCIs, while, Kevin's project is in an effort to improve and extend the Canonical Correlation Analysis (CCA) algorithm, the best available method in SSVEP-based BCIs, for a better classification accuracy and wider applicability.

The competition was held in Macau University of Science and Technology on 25 May 2013. This year’s competition attracted 10 teams from Hong Kong and Macau. Aiming at promoting science and technology, the competition provided a good opportunity for knowledge and experience exchange among students from different universities.

Should you have any enquiries about the information, please feel free to contact the Information Executives Ms Lei or Ms Fok at（853）8397 4325 or  prs.media@um.edu.mo or visit UM webpage www.um.edu.mo. 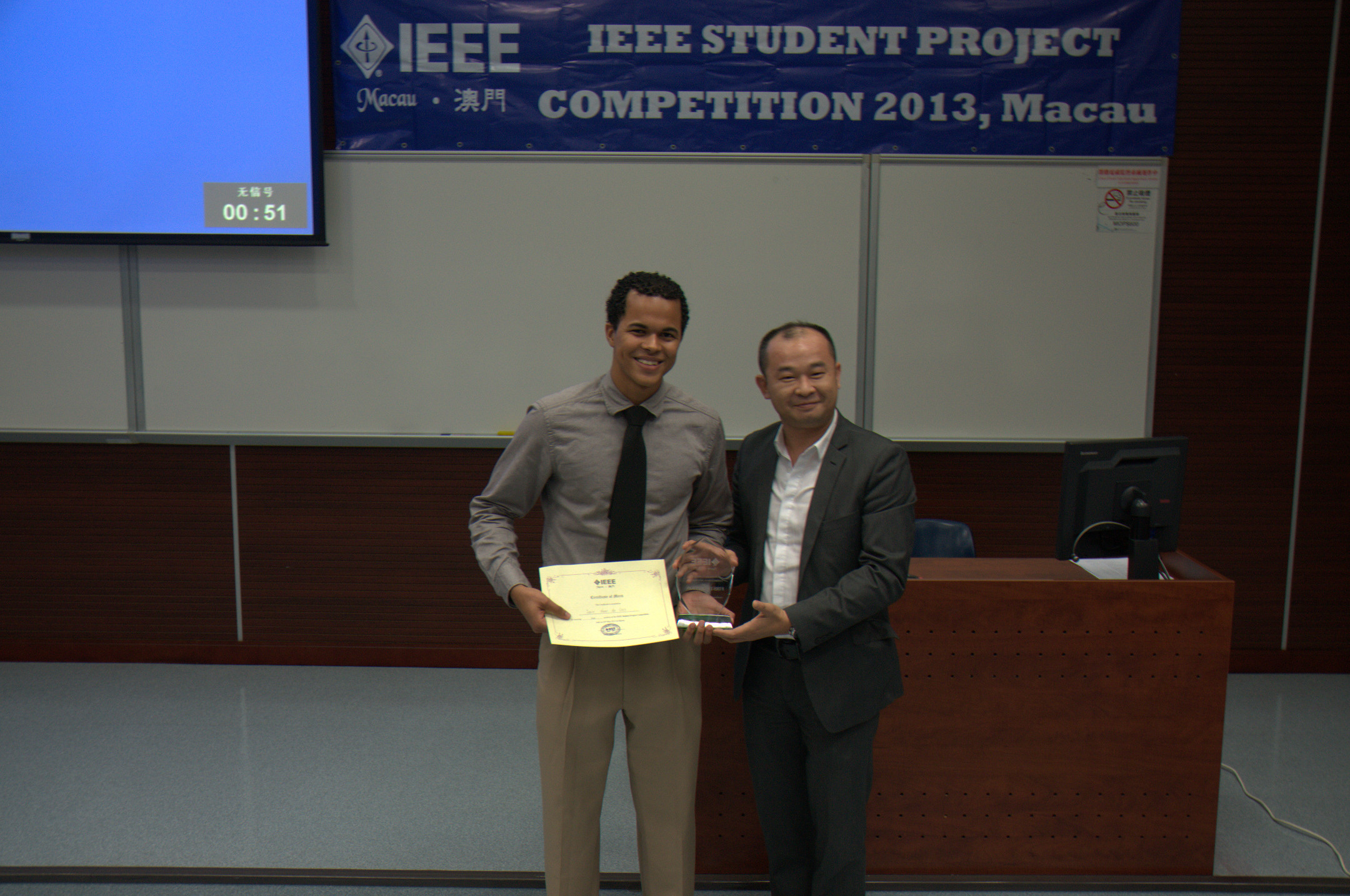 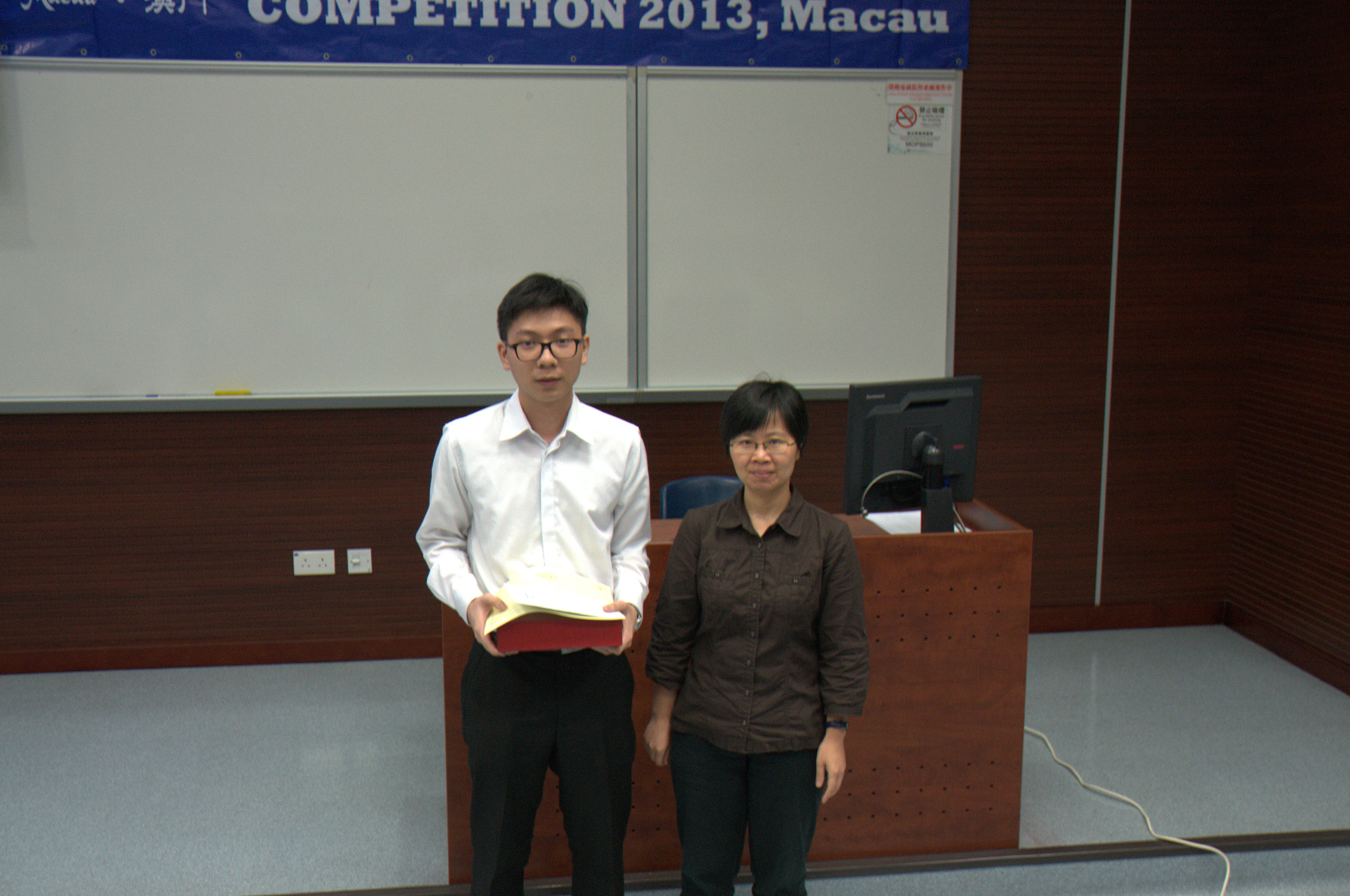