On 14 November, Prof. Andrew Chi-Chih Yao and Prof. Arden Lee Bement, Jr. gave two Doctor honoris causa Lectures on “Quantum Computing: A Great Science in the Making” and “Change Masters for the Twenty-first Century” respectively, at the University of Macau (UM). The lectures attracted a large number of people, including local secondary and university students, educators and community leaders.

At Prof. Yao’s lecture on “Quantum Computing: A Great Science in the Making”, UM Rector Wei Zhao said that Prof. Yao is the first and only Chinese scholar to have received the Turing Award, which is considered the Nobel Prize in computer science, ever since its founding. Prof. Yao studied under Prof. David Liu Chung Laung, a world-renowned computer scientist and recipient of an honorary doctorate from UM who grew up in Macao. They two are the pride of all Chinese people, especially the people of Macao.

In his lecture Prof. Yao remarked that quantum computing is a great science, and plays a crucial role in science history. He cited many interesting examples to help the audience understand quantum computing. He pointed out that great science happens when scientific disciplines interact, especially when new technology becomes available. After the lecture, Prof. Yao answered questions from the audience and shared his insights on science and education.

In his welcome speech at Prof. Bement’s lecture, UM Vice Rector (Research) Prof. Rui Martins said Prof. Bement has attained significant achievements in materials science and he was glad that Prof. Bement could come to UM to share his insights. During the lecture Prof. Bement said that universities are the launch pads for future innovators and entrepreneurs through greater emphasis on interdisciplinary research, movement toward globalisation and multi-university partnerships, growth in cyber-infrastructures, networks, computational thinking, and constant improvements in engineering education. He noted that university graduates will become the change masters of the twenty-first century through their education and training in science, engineering, and innovation. However, to become a change master will require new capacities to keep up with the burgeoning information generation and circulation.

UM will confer honorary doctorates upon Prof. Yao and Prof. Bement on Friday 16 November, in recognition of their outstanding contributions in research and education. Prof. Yao is the first Chinese scholar to have received the Turing Award ever since its founding. He has made significant and original contributions to the niche scientific areas of data organization, the complexity-based theory of pseudorandom number generation, cryptography, communication complexity, quantum teleportation as well as computation. Prof. Bement is member of the National Academy of Engineering, United States. He has made outstanding contributions in his many important leadership roles in industry, academia, and government agencies. He was director of the National Science Foundation (NSF). Under his directorship, NSF opened its office in Beijing, China, which played a positive role in advancing Sino-U.S. collaboration in science and technology. 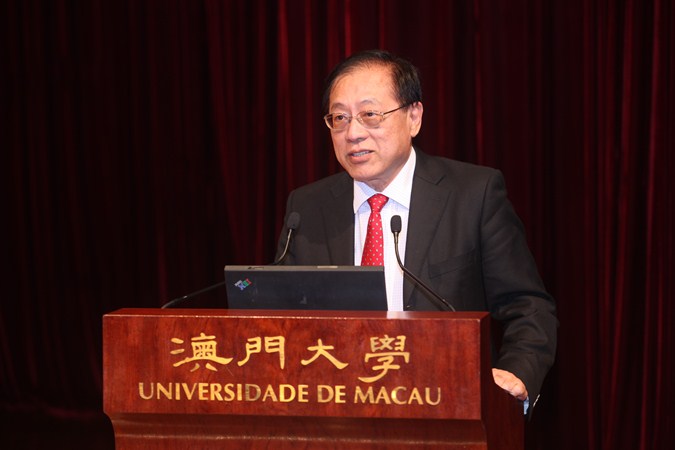 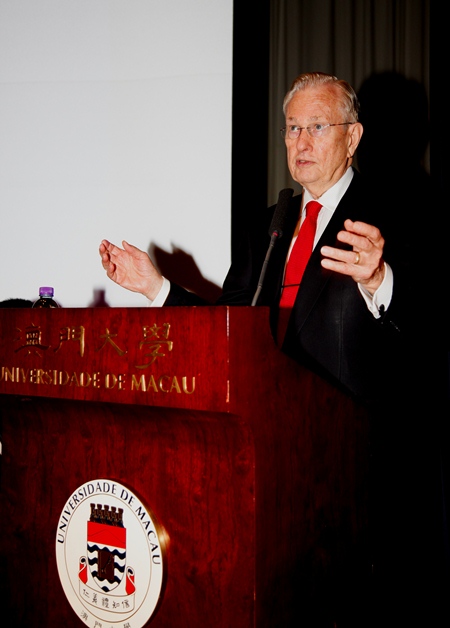 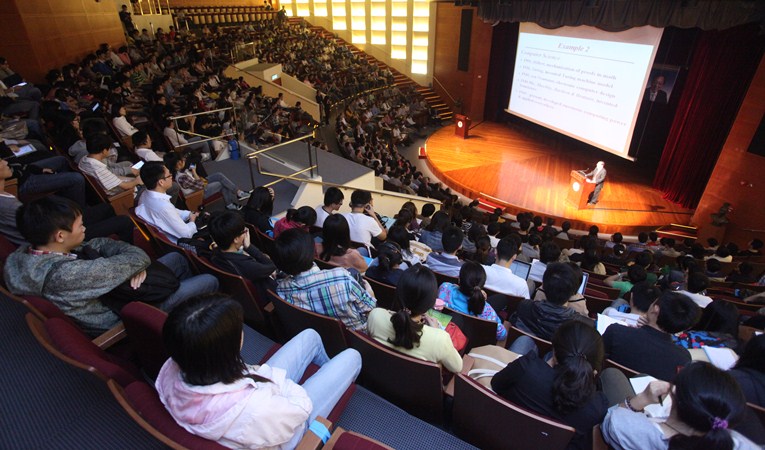 The lecture attracts a full-house audience