The University of Macau’s (UM) Ceremony for Conferment of Honorary Degrees and Higher Degrees will take place at UM’s Cultural Centre on Friday 16 November. The ceremony will begin at 16:00. At the ceremony, honorary doctorates will be awarded to Prof. Arden Lee Bement, Jr., Dr. Ambrose So Shu Fai and Prof. Andrew Chi-Chih Yao, in recognition of their outstanding contributions in the areas of research, culture and education. PhD and master’s degrees will also be presented at the ceremony. Chief Executive of Macao SAR and UM Chancellor Dr. Chui Sai On will preside over the ceremony. Prof. Bement, Dr. So and Prof. Yao will be speakers at the Doctor honoris causa Lecture Series to be held on 14 November and 27 November.

Additionally, the first Doctor honoris causa Lecture Series will kick off at 11:00 on Wednesday 14 November at the STDM Auditorium, UM’s Library. Prof. Bement will give a lecture on “Change Masters for the Twenty-first Century”. The rate of new scientific knowledge generation is accelerating with a doubling period today of five years and shortening periods in the future. University students today will lose much of the value of contemporary scientific knowledge shortly after they graduate. How can they continue to learn and assimilate new knowledge, which will be critical to their success as change masters in the twenty-first century? Prof. Bement will help students find their own answers to this crucial question.

On the afternoon of the same day, at 16:30, Prof. Yao will give a lecture on “Quantum Computing: A Great Science in the Making”. Prof. Yao will discuss the advantage of quantum computing and the secrets in the atoms that could potentially unleash such enormous power, to be used for computing and information processing.

Dr. So’s lecture on “Macau’s Evolving Tourism Brand: Integration and Diversification” will begin at 15:00 on Tuesday 27 November at the STDM Auditorium, UM’s Library. Dr. So will share his views on how Macao will become a “world centre of tourism and leisure” as Macao integrates in terms of transportation and communications with the surrounding regions of China while at the same time retaining its unique character and remaining Macao.

Should you have any inquiries about the press release, please feel free to contact Ms. Kay Lai at（853）8397 4325 or kaylai@um.edu.mo or visit UM webpage www.um.edu.mo. 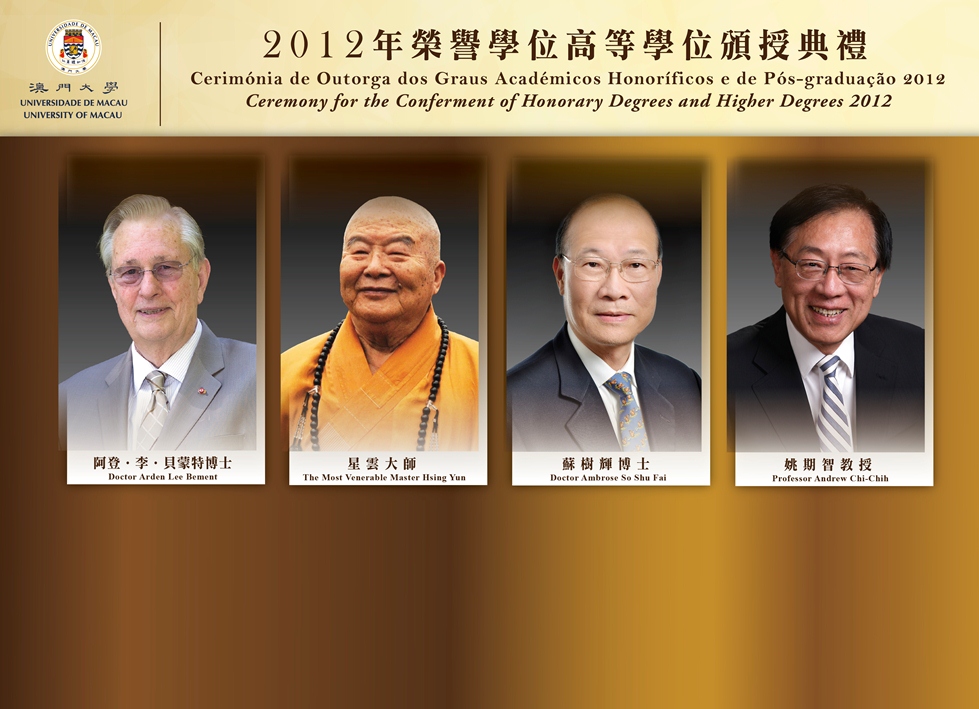