Zhou Jin, a PhD student of the Department of Computer and Information Science, Faculty of Science and Technology (FST), University of Macau (UM), received the “Best Paper Award (Final List)”, at the 2012 International Conference on System Science and Engineering (ICSSE 2012).

More than 120 papers from around the world were presented at ICSSE 2012, which was held in Dalian, China. Only six were selected as the best papers. Best paper award recipients are from Indian Statistical Institute, the City University of Hong Kong, Taiwan University, Taiwan Chung-Hsing University, the University of Science and Technology Liaoning, and UM, among others.

Zhou’s paper, titled “Parallel Attribute-Weighted Fuzzy C-Means Algorithms for Clustering”, and co-authored with FST Dean Prof. Philip Chen and Assistant Professor of the Department of Computer and Information Science Dr. Chen Long, was selected as one of the six best papers, for its contribution in providing a novel data clustering approach in distributive environments such as wireless sensor networks.

ICSSE is an international conference for scientists, engineers, and industry practitioners from all over the world to present their latest design concepts, research results, developments, and applications about systems science and engineering. ICSSE is sponsored by IEEE Systems, Man and Cybernetics Society. ICSSE 2011 was held at UM, and ICSSE 2012 was hosted by Dalian University of Technology, with financial support from the National Nature Science Foundation of China. ICSSE 2013 will be held in Budapest, Hungary. 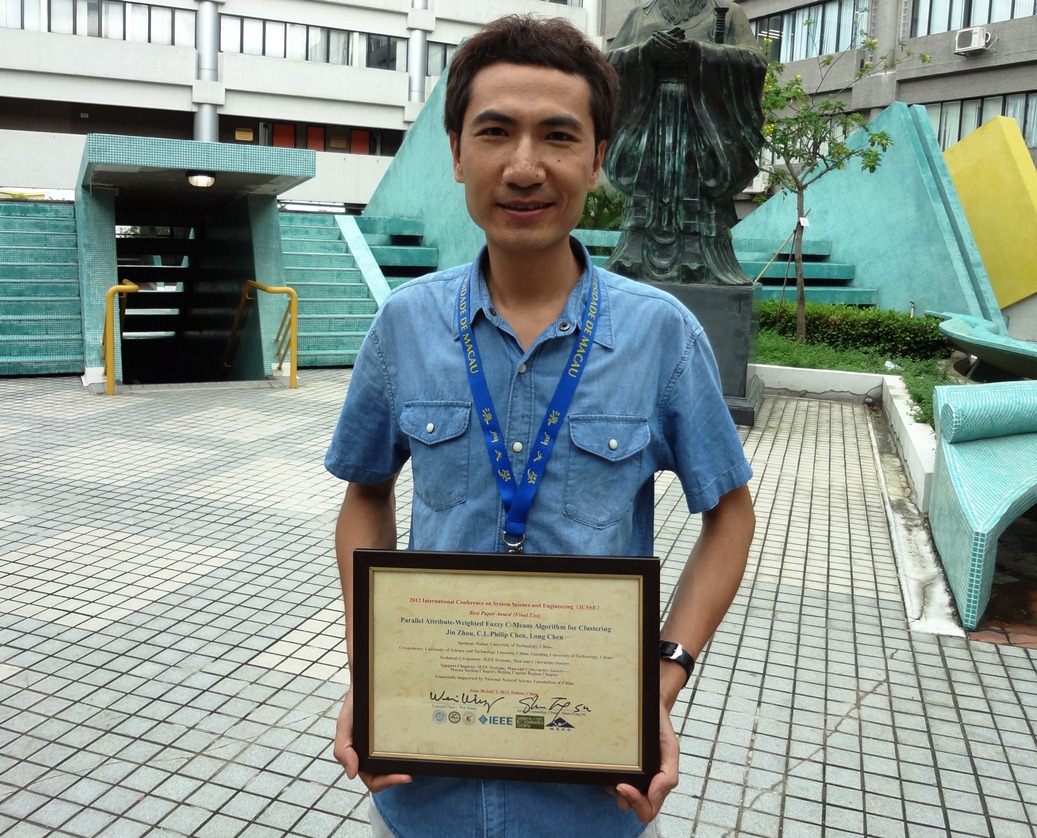