After the contest, the two teams shared debating skills with the aim of improving team members’ performance in future contests. 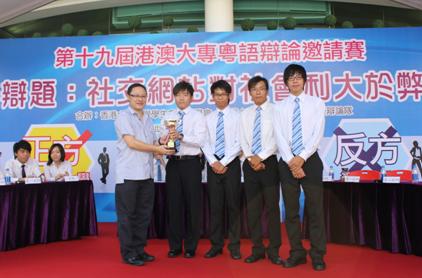