Two student teams from the University of Macau (UM) won two second prizes at the 14th Contemporary Undergraduate Mathematical Contest in Modeling of China (CUMCM). This is the third consecutive year that UM has won prizes at this contest. This year’s contest attracted 31,199 teams. Only about 6.9 per cent of them received first or second prizes.

Four UM teams participated in the contest. They were formed by six students, namely Long Qianyu, Wu Bo, Huang Zewei, and Zeng Inson from the Faculty of Science and Technology (FST), as well as Li Xinwei and Zhang Ruopiao from the Faculty of Business Administration. The teams were led by Assistant Professor Liu Zhi from the Department of Mathematics, FST.

In the contest, the UM teams assessed the effect of open housing estates on traffic condition on surrounding roads. The two teams collected real-time data from both open and closed housing estates in Shanghai and Beijing. By using a simulation software, they produced indices for quantitative evaluation and provide suggestions to departments in charge of urban planning and transport management based on the results.

The Department of Mathematics places an emphasis on cultivating students’ skills in mathematical modelling. This year, the department established a committee of mathematical modelling, which consists of Prof Ding Deng, Prof Lei Siu Long, and Prof Liu Zhi. The committee aims to provide consultancy and support to students in the field. In addition to the CUMCM, students from the Department of Mathematics have won prizes at various other modelling contests held in the United States and China. In particular, two students Huang Zewei and Zhang Ruopiao, led by Prof Liu Zhi, participated in the 2016 University Students’ Statistical Project Competition of Macao and won a third prize. 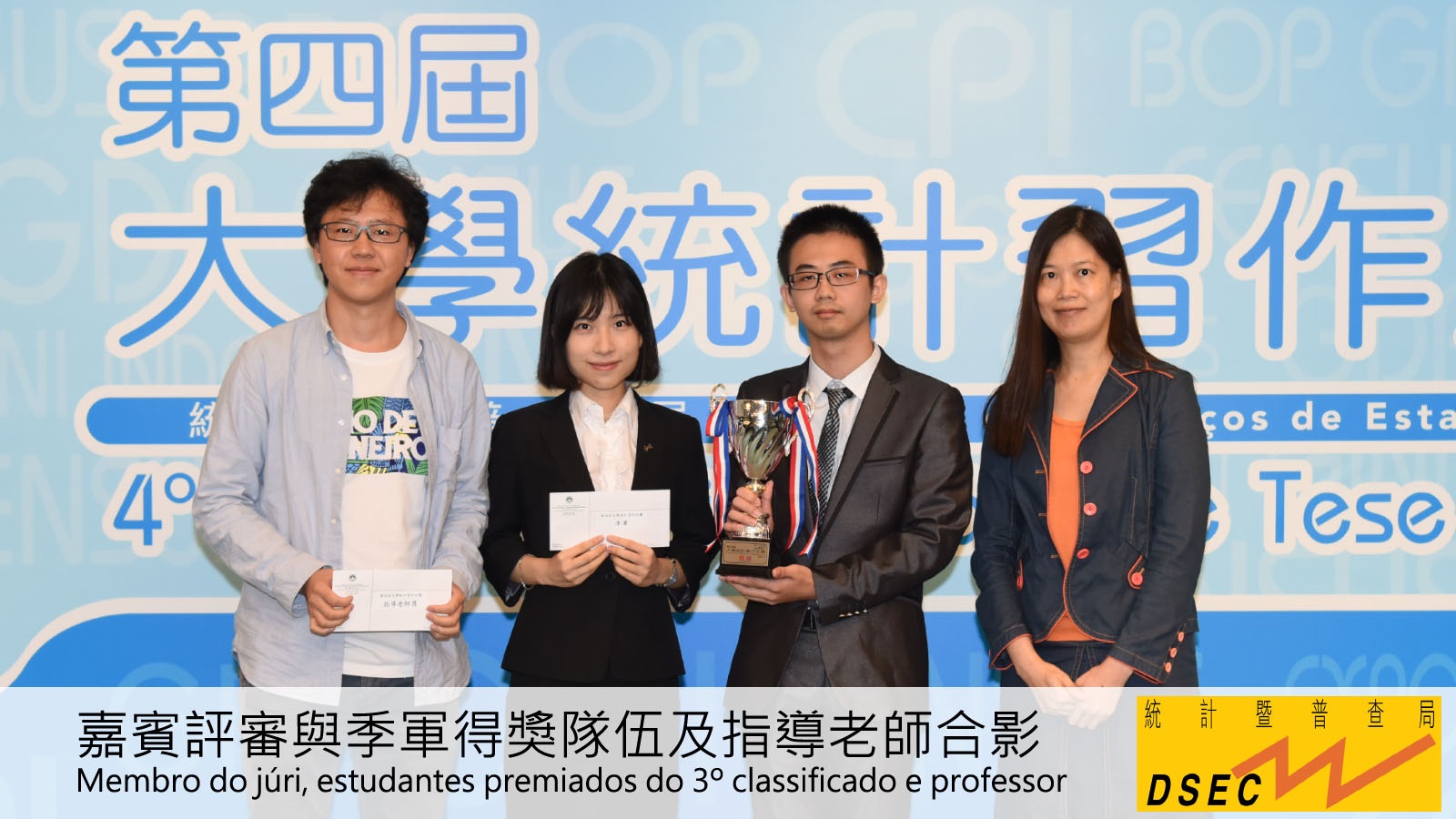 2. The winning students of the 2016 University Students’ Statistical Project Competition of Macao and Prof Liu Zhi (1st from left)