Two undergraduate student teams from the Department of Computer and Information Science, Faculty of Science and Technology (FST), University of Macau (UM), won silver and bronze prizes at the 2009 Pan-Pearl River Delta Region (9+3) Amway Cup University Student IT Project Competition held at Yunnan University in Kunming, Yunnan Province, from 26 June to 27 June. The first team, comprised of Chan Wai Kit (Sam) and Leong San Weng (Brandon), who were supervised by Dr. Wong Fai and Prof. Li Yiping, won a Silver Cup Prize with their project "Compact OCR Based on Peripheral Direction Contributivity and Its Application in Pocket Based Snapshot (Chinese) Translation (Cyclops)". The second team, comprised of Chan Chi Chon (Samuel), Wu Chon Iong (Roy) and Tang Kai Lon (Allan), who were supervised by Dr. Robert P. Biuk-Aghai, won a Bronze Cup Prize with their project "MacauMap for iPhone". This project also won the second prize at the IEEE Project Competition 2009 held in UM on 27 June.

"Cyclops" is a Pocket PC-based vision translation system and is designed to provide the most efficient way to find the meanings of Chinese texts through the use of a handheld device with camera. It takes pictures of the Chinese text as input and gives the corresponding translation in either Portuguese or English or both. The system is most suited for those who cannot write Chinese. The development of "Cyclops" is based on various technologies including image processing, optical character recognition and machine translation. More importantly, "Cyclops" is designed to be run on a Pocket PC handheld device.

"MacauMap for iPhone" is a new version of the highly popular MacauMap handheld tourist guide for the Apple iPhone device. This new version for the iPhone has re-implemented all the functions of the existing MacauMap, including a map of the whole Macau territory, a hotel, restaurant and sightseeing guide, a bus routing function, and GPS support to show the user’s current location on the map. Moreover, this version has added new functions which take advantage of the unique features of the iPhone device. These functions include: tilt navigation – when holding the device horizontally and then tilting it in any direction the map pans in that direction; a 90 degree rotation that rotates the entire user interface; clearing any bus route highlighted on the screen by shaking the device; two-finger zooming of the map; and use of the GPS function to query places near the user’s current location.

The 2009 Pan-Pearl River Delta Region (9+3) Amway Cup University Student IT Project Competition aims to provide an opportunity for students to showcase their projects, develop contacts and learn from each other by exchanging ideas. Therefore, it targets graduating students majoring in computer sciences and related departments from universities in the Pan-Pearl River Delta, including nine provinces on the Mainland (Fujian, Guangdong, Guangxi, Guizhou, Hainan, Hunan, Jiangxi, Sichuan, Yunnan), Hong Kong SAR, Macao SAR, and Taiwan. Each province and region sent a judge panel consisting of two members and up to four student teams to the contest, with a total of 43 student teams. Macao sent four teams: two from UM and two from the Macau University of Science and Technology (MUST).

The IEEE Project Competition 2009 aims to encourage excellence in IT and EEE projects. It was co-organized by the UM Branch and the MUST Branch of the IEEE Macau Chapter. This year’s competition attracted ten projects, including one from Hong Kong, one from Guangzhou, and eight from Macao. 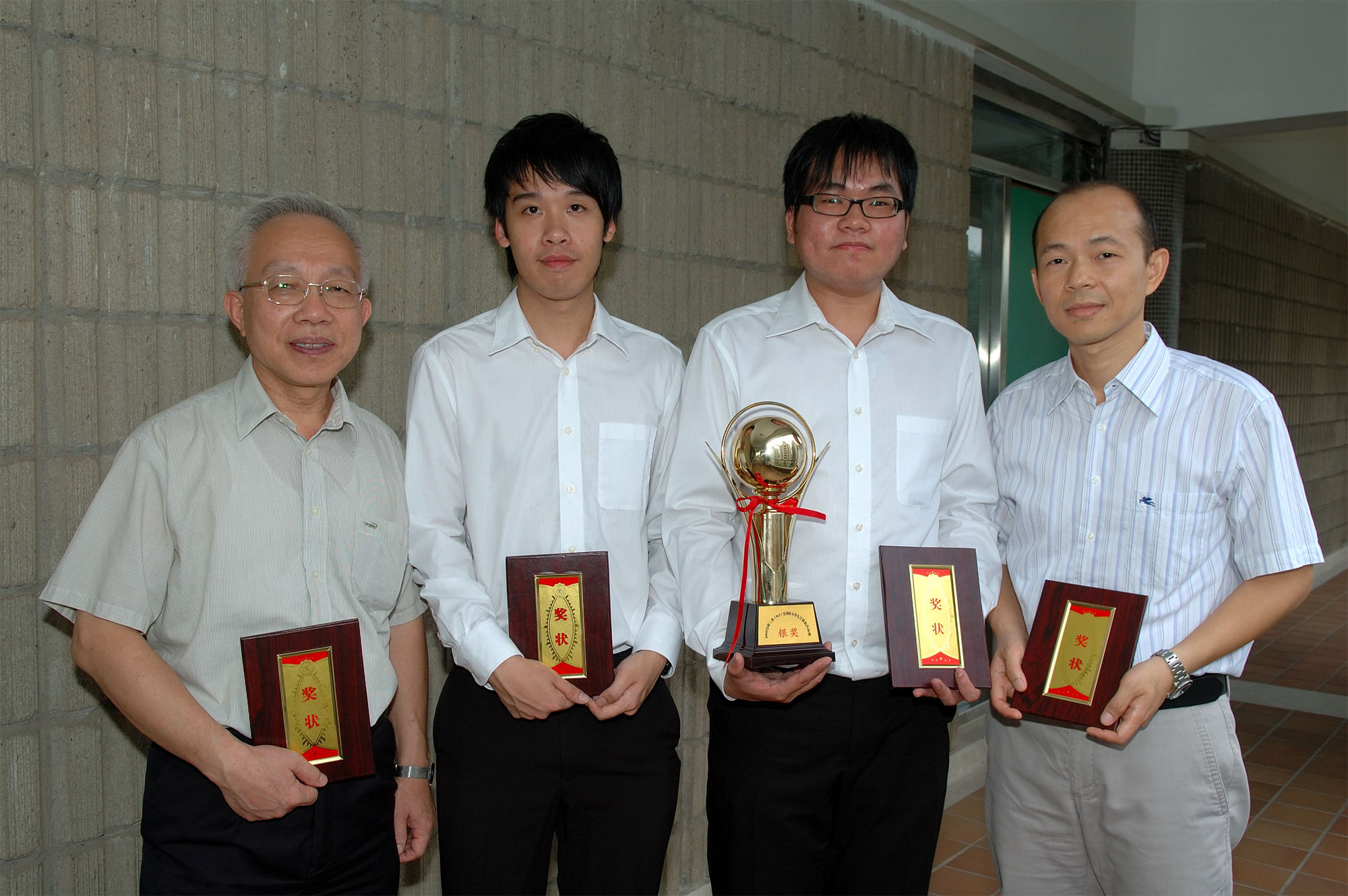 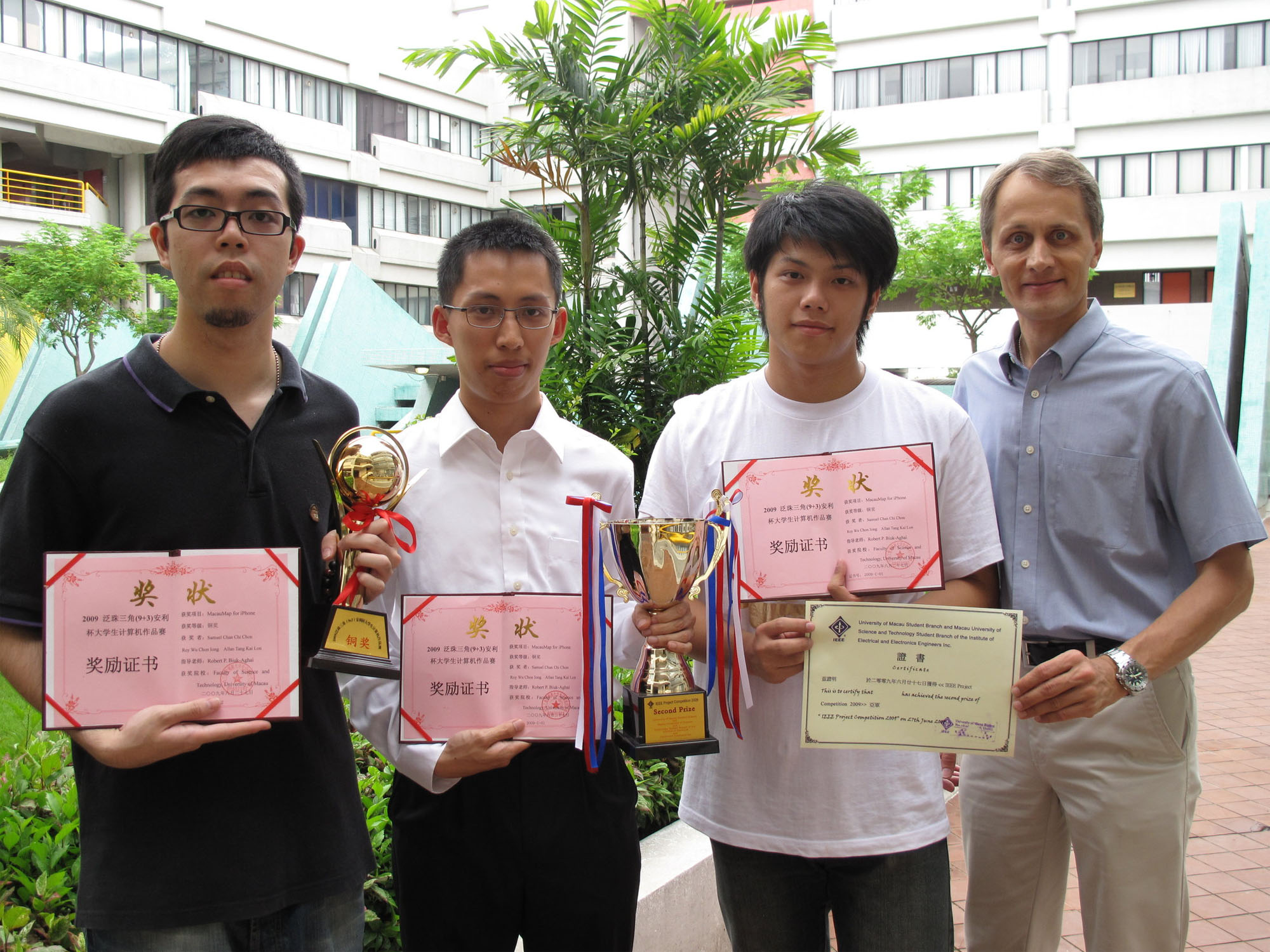