The dust has hardly settled on Taiwan’s election, and an academic forum on cross-strait relations after the election has already been held at the University of Macau (UM). The forum was co-organized by UM’s Department of Government and Public Administration and Taiwan National Chengchi University’s Institute of International Relations. Prominent scholars from Hong Kong, Macao, Taiwan and mainland China attended the forum and conducted in-depth discussions about the opportunities and challenges in the cross-strait relations. Head of the Department of Government and Public Administration Prof. Wang Jianwei described the forum as significant, saying that it is the first time after Taiwan’s election that scholars from mainland China and Taiwan have gathered together to contemplate the future development of cross-strait relations. The forum has received extensive media coverage. 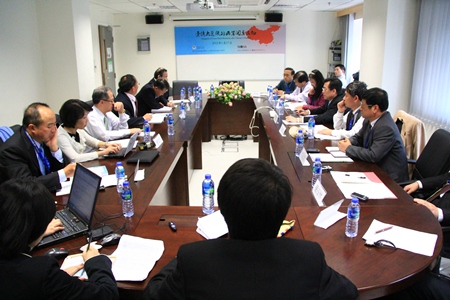