The University of Macau (UM) Centre for Macau Studies (CMS) today (7 October) held a seminar to discuss industrial diversification in Macao and regional development, as part of the symposium series on the draft urban development master plan for Macao for the 2020-2040 period. CMS Director Agnes Lam presided over the symposium.

Experts and scholars from various fields shared their opinions and provided suggestions on economic diversification and regional development. They all agreed that Macao’s master plan should include more specific policies and measures for industrial development. Prof Wang Yitao, a chair professor in the Institute of Chinese Medical Sciences (ICMS) and director of the State Key Laboratory of Quality Research in Chinese Medicine at UM, said that the development of Chinese medicine is a critical focus in the 2020 Policy Address of the Macao SAR government. Macao has several advantages in developing this industry, which include ongoing collaboration with international scholars and overseas universities, strong support from national ministries, and cooperation with provinces and cities in the Guangdong-Hong Kong-Macao Greater Bay Area. According to Prof Wang, the ICMS has signed a number of collaboration agreements with organisations in different industries. He suggested that Macao should promote product development and industrial transformation in Chinese medicine as part of its strategic plan for future development, and should use Hengqin as a platform for transferring the results of Chinese medicine research in Macao.

Prof Davis Fong Ka Chio, director of the Institute for the Study of Commercial Gaming and a professor in the Faculty of Business Administration (FBA) at UM, said that planning during times of uncertainty amid COVID-19 is challenging, and that COVID-19 may have a lasting impact on population projection and mainstream industries in Macao, but the current master plan has not taken this into consideration. He believes that the government should optimise decision-making through forecasting and scenario planning and update the master plan accordingly. Prof Matthew Liu Ting Chi, director of the Centre for Continuing Education and a professor in the FBA, echoed Prof Fong’s views, saying that new directions may be needed in planning Macao’s future development because of the coronavirus pandemic. According to Prof Liu, regulation by law is needed in order to promote industrial diversification in Macao and that existing infrastructure should be utilised in future planning. Prof Lawrence Fong Hoc Nang, an associate professor in the FBA, said that it is hard to achieve a ‘job-housing balance’ because many schools with a good reputation are located in the Macao Peninsula, and yet many families live in Taipa. Also, he believes that while preparing for the gaming concession bidding process, the government should consider accommodation for non-local workers in the gaming industry so that they can live near their workplaces wherever possible. He also pointed out that there is no guidance in the master plan for educational planning, and the Education and Youth Affairs Bureau should play a role in nurturing young talent to support the sustainable development of the city.

Prof Ricardo Siu Chi Sen, director of the Centre for Tourism and Integrated Resort Studies and an associate professor in the FBA, expressed concerns about the development plan for the Macao Peninsula. He said that the division between residential areas, commercial areas, and tourism and entertainment areas is too vague and it is necessary to have a more in-depth discussion of these issues, both on a practical level and on a technical level. Also, he believes that a more systematic analysis and concrete suggestions for the renewal of the old districts in the Macao Peninsula are needed in the master plan. Dr Kwan Fung, an assistant professor in the Faculty of Social Sciences (FSS) at UM, pointed out that it may not be necessary to rely on land reserves to develop diversified industries, as regulation by law and industrial characteristics are equally important. He suggested that the government should be more flexible in using the land for economic development. Due to the existing constraints of the city, the government should optimise the city’s current infrastructure to develop high value-added industries, such as those related to electricity, water supply, and information and technology.

Dr Henry Lei Chun Kwok, an assistant professor in the FBA, believes that it is necessary to provide an accurate estimation of population movement and the demand on land in the development of yacht tourism, cultural and creative industries, and emerging industries (such as manufacturing industry, food industry, and tourism diversification). He pointed out that the master plan only proposed the idea of the ‘waterfront historical tourism axis’ without explaining how the marine economy will be planned. He believes that Macao is lagging behind in developing its technology industry, so it is necessary to promote cross-border cooperation in advancing the industry. He mentioned several ways for Macao to achieve industrial diversification and regional development. These include developing land use plans for different districts in the Macao New Urban Zone, providing guidance on redeveloping the old districts, reserving land for diversified industries and regional cooperation, developing a ‘bridgehead economy’, building a platform for regional collaboration in the meetings, incentives, conferences and exhibitions (MICE) sector, and proposing plans for supporting tourism diversification.

Prof Alfred Wong Seng Fat, an associate professor in the Faculty of Science and Technology at UM, expressed several concerns about developing diversified industries in Macao. He said that although there are scientific and technological development funds to support scientific research projects, the city lacks support and methodology in product transformation as well as production lines. The high housing cost and production cost limit the potential for young people to achieve their dreams. Regarding the development of the Greater Bay Area development, he believes that the government should enhance awareness about this issue among young people, work towards mutual recognition of professional qualifications, and provide tax incentives for investors. Prof Xu Jianhua, head of the Department of Sociology and an associate professor in the FSS, said that the government should formulate more specific plans and policies for developing diversified industries. He thinks that ‘industrialisation of higher education’ is a good development opportunity for Macao.

Prof Wu Mei, an adjunct associate professor in the CMS, said that Hengqin has many success-contributing factors that the SAR government should consider when planning Macao’s future development, such as macro planning, efficient government, technological innovation, smart living, and environmental protection. Since Macao is located next to Hengqin, she suggested that Macao should take advantage of this geographical proximity and develop business partnerships in these areas.  Prof Lei Lai Cheng, an associate professor in the Faculty of Arts and Humanities at UM, said that the translation service industry has great potential in Macao because Macao is a multilingual city. With Macao positioned to be a ‘World Centre of Tourism and Leisure’, the master plan should also give consideration to convention and exhibition translation, virtual conferences, and the education industry.

Other scholars attending the seminar included Dr Vinh Dang, a research assistant professor in the CMS; and Dr Chan Chi Seng, a postdoctoral researcher in the CMS. 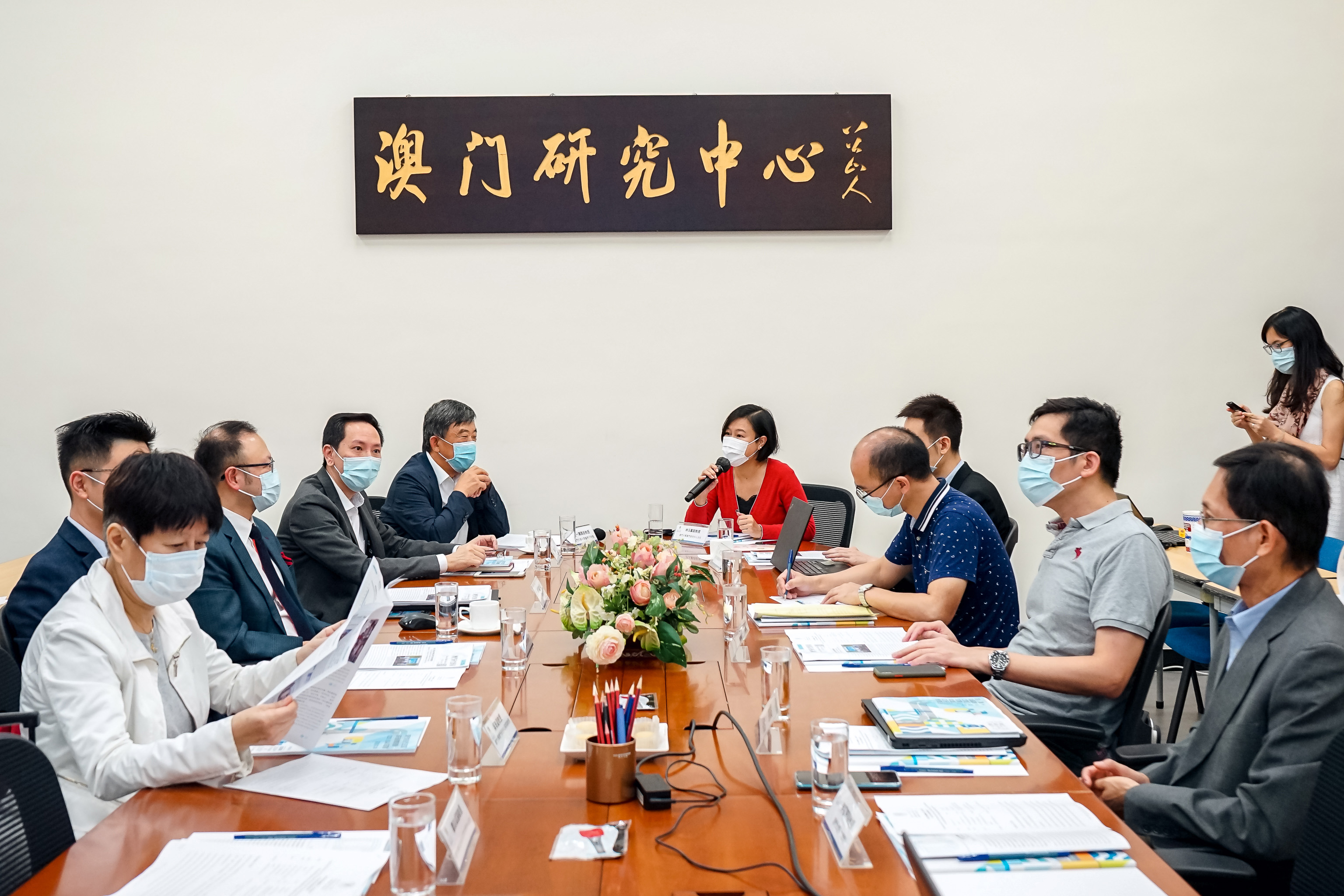 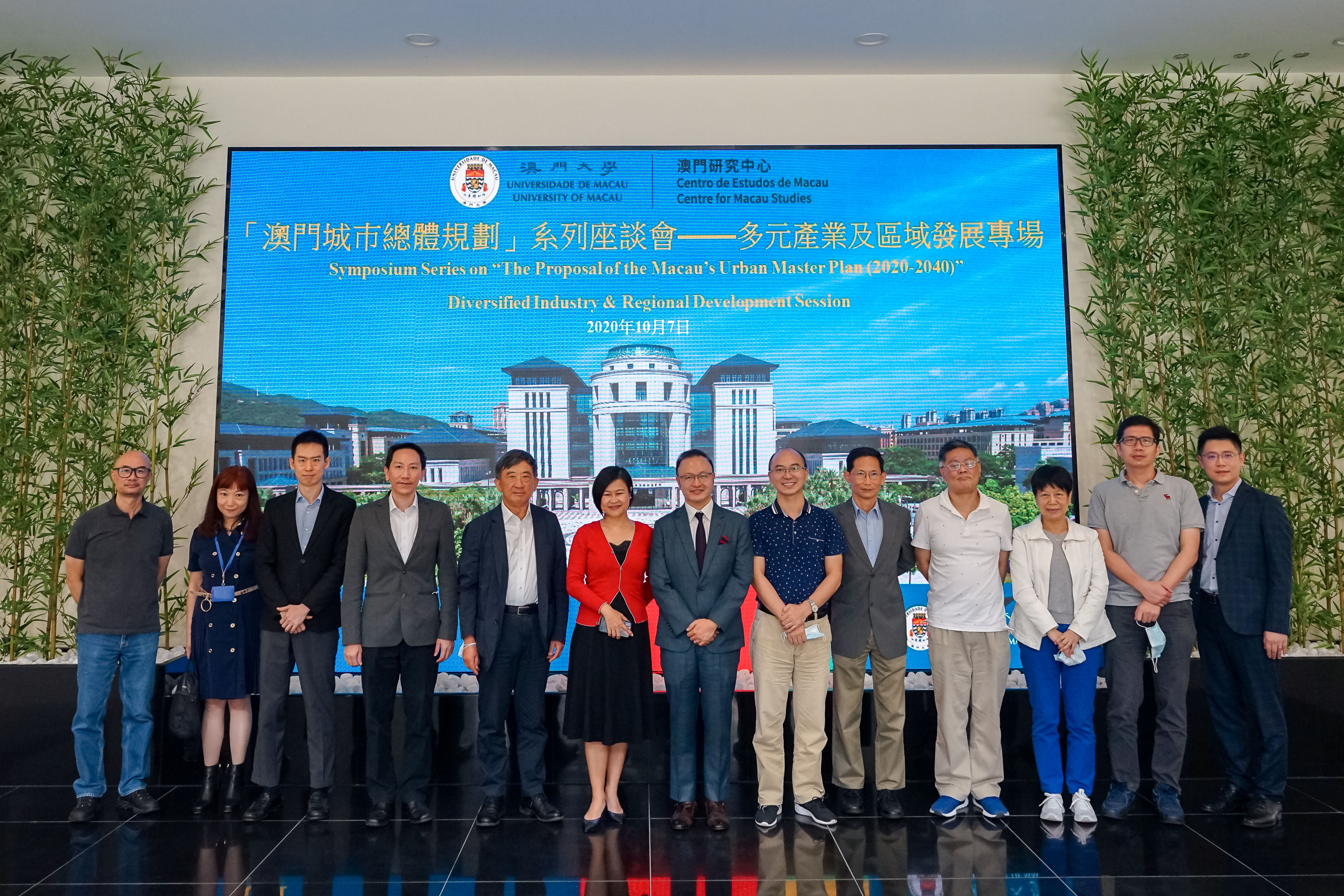