UM signs agreement with University of Porto on student exchange

The agreement was signed in Portugal by Prof Rui Martins, vice rector (research) of UM and representative of UM’s rector; Prof Sebastião Feyo de Azevedo, rector of UP; and Prof Fernanda Ribeiro, dean of UP’s Faculty of Arts. The ceremony was witnessed by Tam Chon Weng, secretary for social affairs and culture of the Macao SAR; and Dr. António Coelho, secretary-general of the Ministry of Science, Technology, and Higher Education of Portugal.

During the ceremony, Prof Yao Jingming, head of UM’s Department of Portuguese, presented two copies of his book, which is a collection of his Chinese translations of poems by Eugénio de Andrade, to Prof Sebastião Feyo de Azevedo. The recipient of an honorary doctorate from UP, Eugénio de Andrade is one of the cultural icons in Porto. 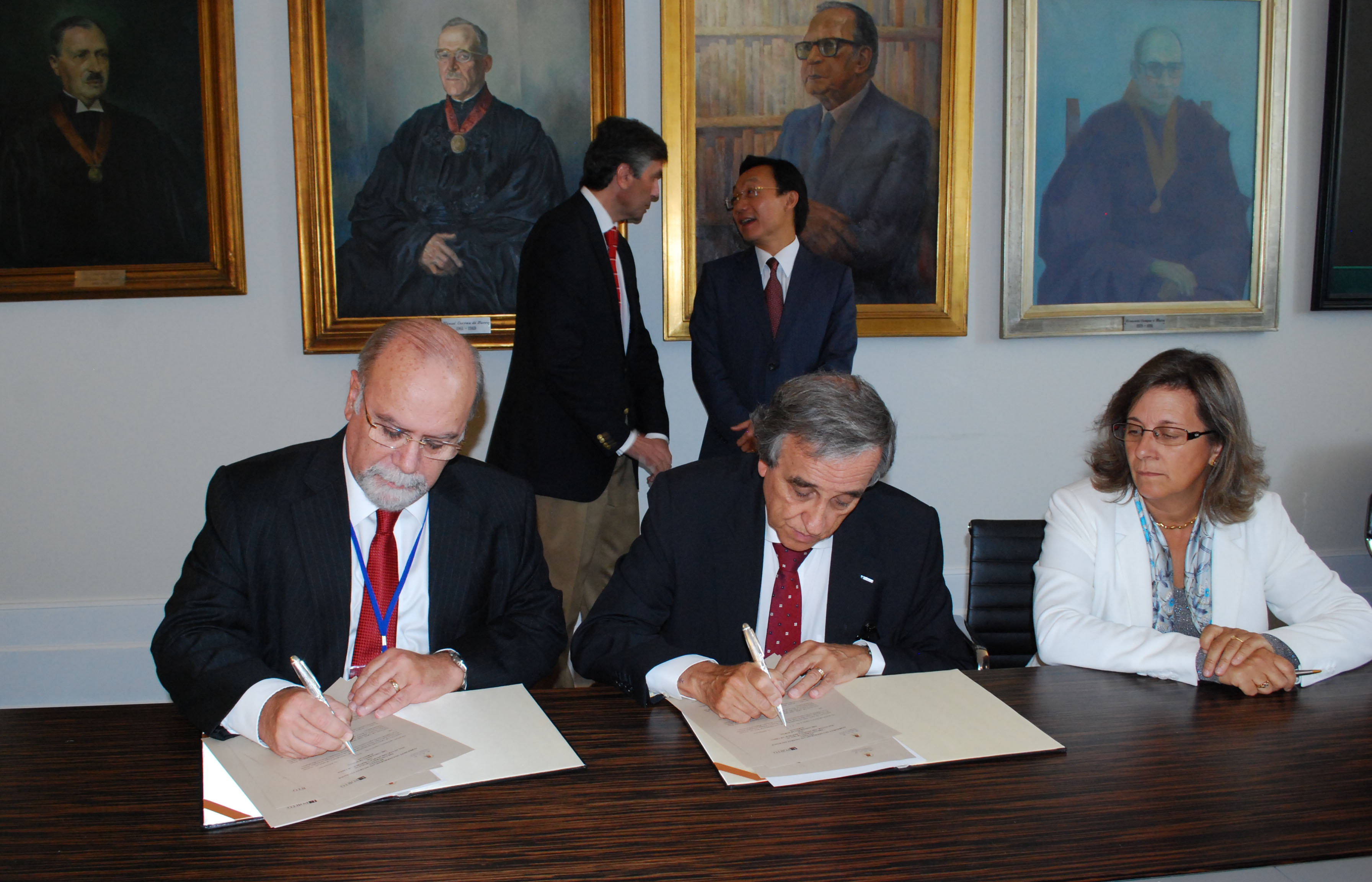 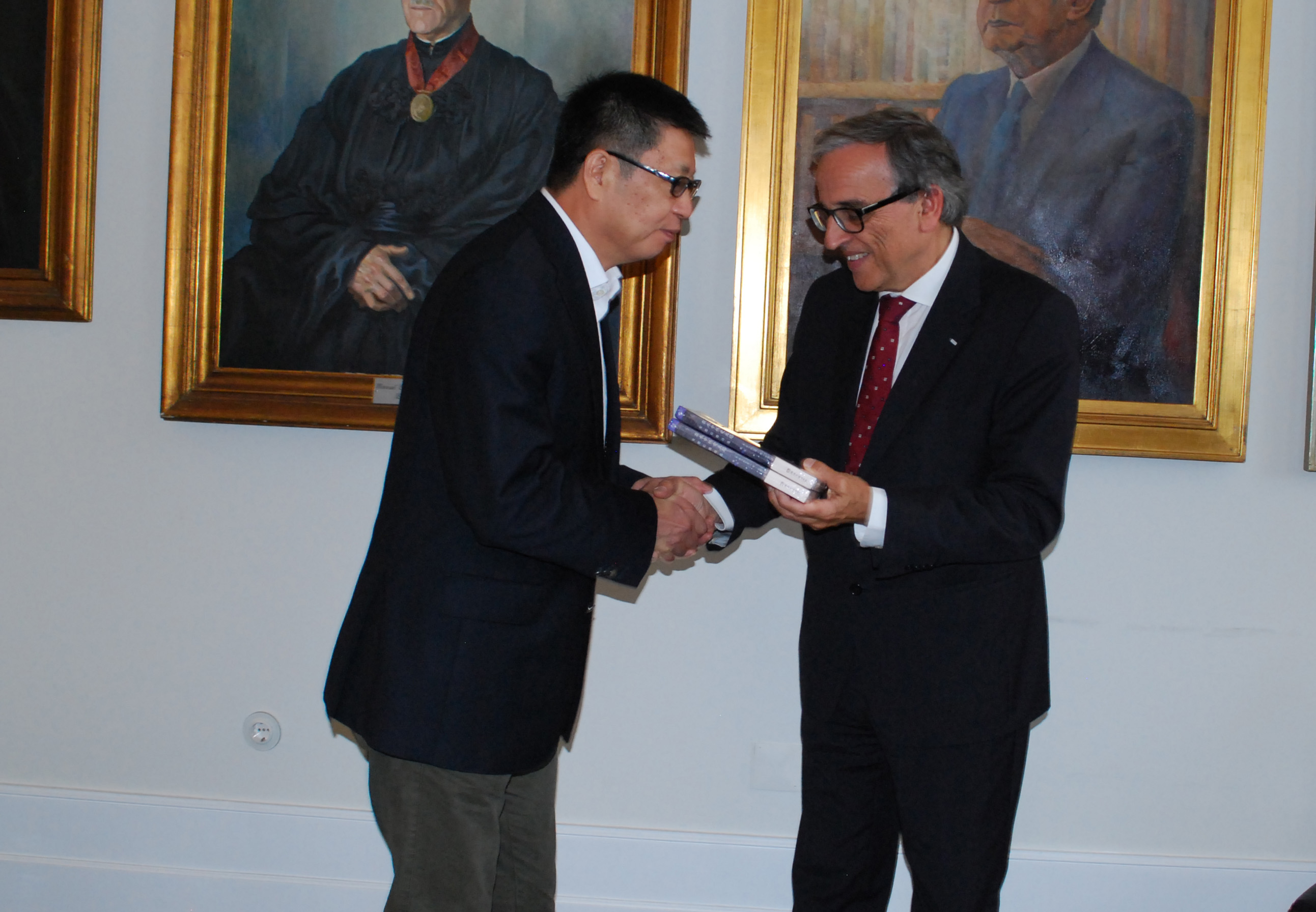