Mo Yan, the first Chinese citizen to win the Nobel Prize in literature and this year’s recipient of an honorary doctorate from the University of Macau (UM), today (7 December) spoke on the “Achievements of Chinese Literature and Its Future” at UM’s Doctor honoris causa Forum in the University Hall. During the forum, Mo Yan and Macao Foundation Administrative Committee President Wu Zhiliang and UM’s Chair Professor Yang Yi had a high-level academic discussion session, providing a literary feast for a full-house audience.

UM Rector Wei Zhao said that at yesterday’s honorary degree conferment ceremony, Mo Yan, a current focus of worldwide attention in the field of Chinese literature, officially became a member of UM, which also put UM in the spotlight both locally and internationally. Mo Yan’s becoming a member of UM will without a doubt further enhance the global impact and competitiveness of UM’s Chinese disciplines. Rector Wei Zhao noted that Chinese is one of the key foundational disciplines at UM. Earlier, UM’s Department of Chinese formed an academic alliance with its counterparts at Peking University, Taiwan University, and the University of Hong Kong, and the alliance has successfully organised a series of activities.

The forum attracted a full-house audience. Attendees included students and teachers from local universities and secondary schools as well as representatives from various organisations including the Macao Writers Association, and the co-organiser, the Organising Committee of Macao Youths Celebrating the 15th Anniversary of the Macao SAR. After the forum, Mo Yan attended a book exhibition held in UM Wu Yee Sun Library, where several of his classic novels were exhibited.

Mo Yan is one of China’s foremost living writers. In the mid-1980s, Mo became noted for having written a corpus of in-search-of-roots works with infusions of the raw rural culture. He received the Mao Dun Literature Prize for his novel Frog. In 2012, he received the Nobel Prize in literature for his ability to merge “hallucinatory realism” with “folk tales, history and the contemporary” in his work. 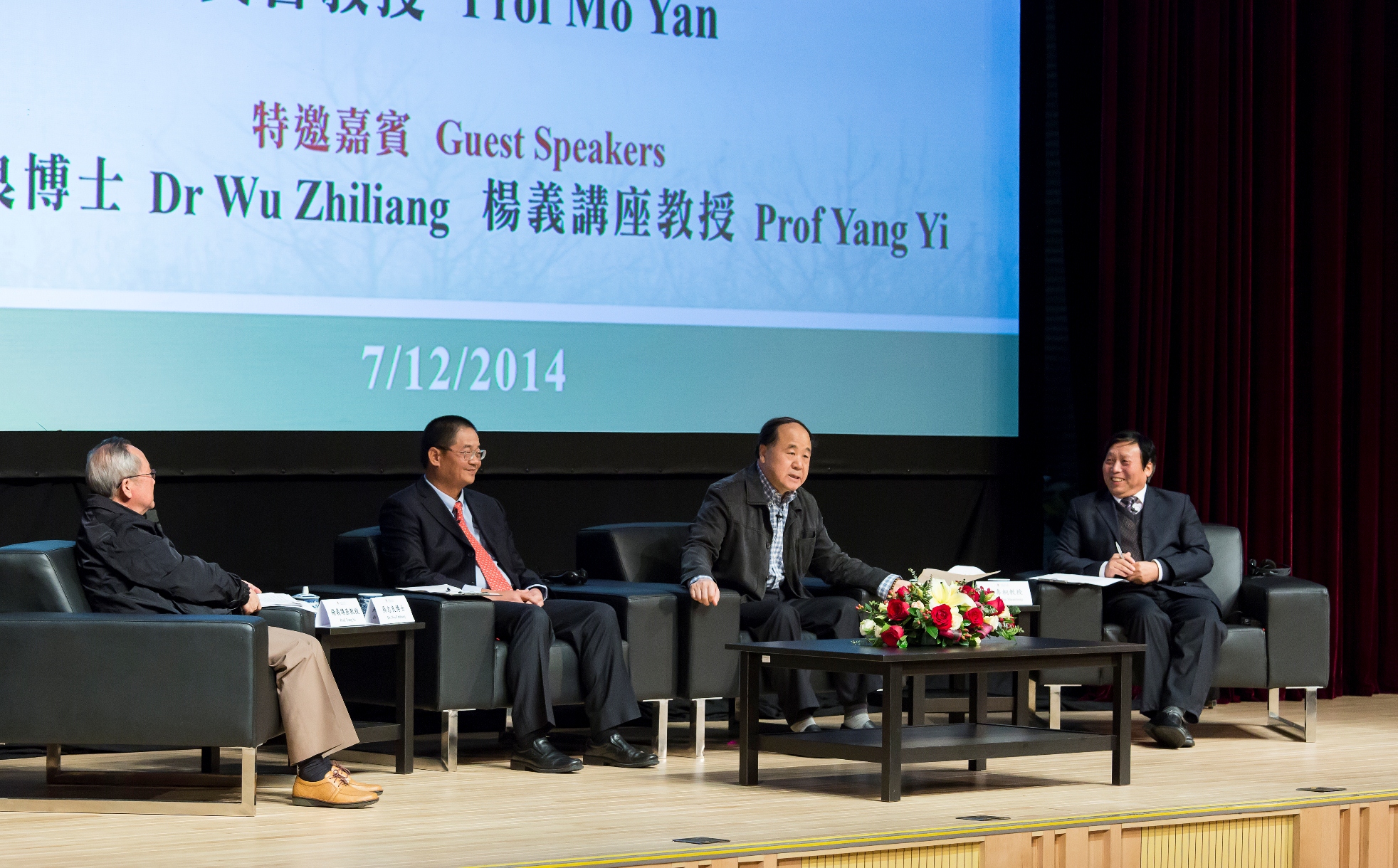 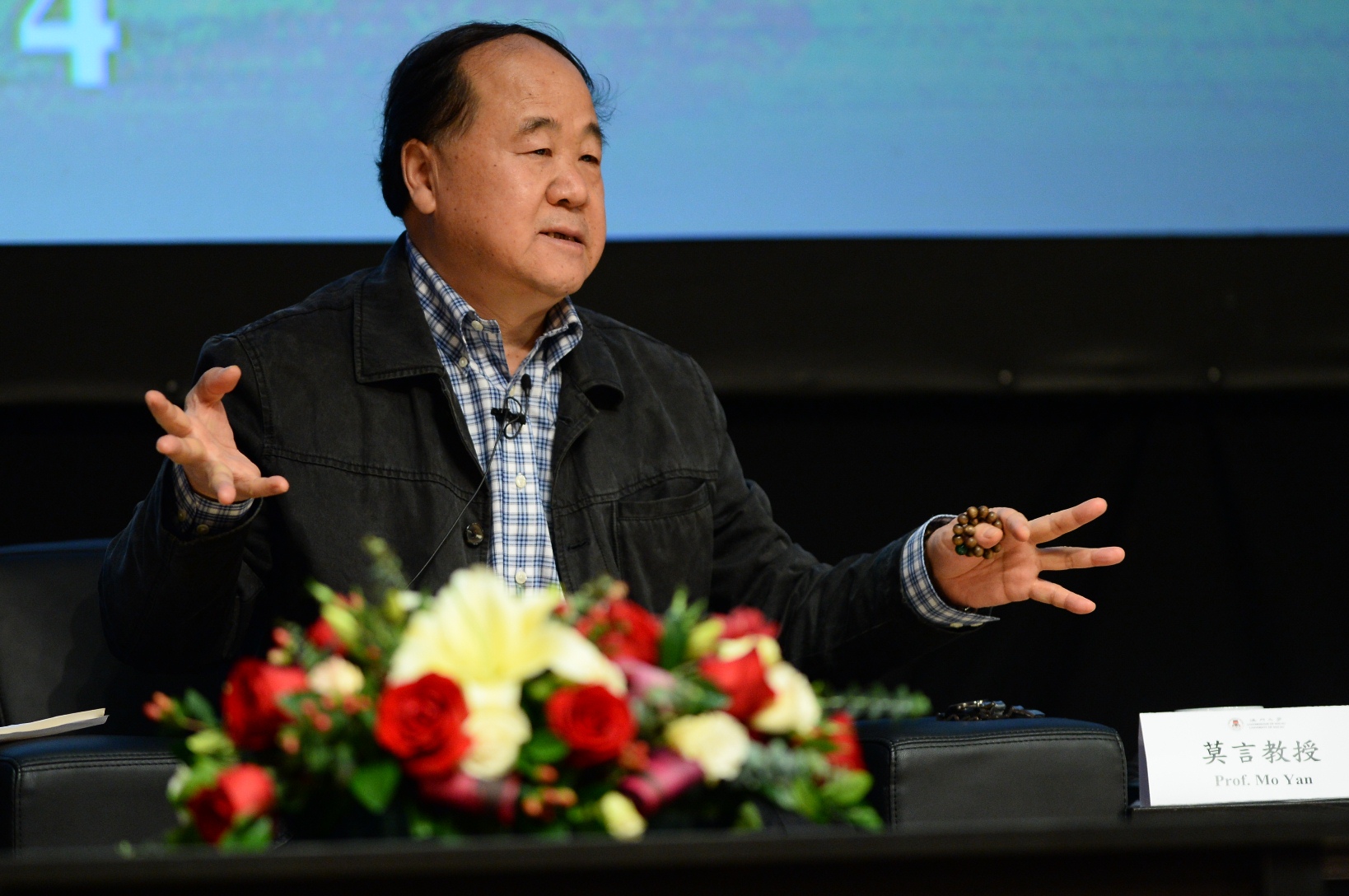 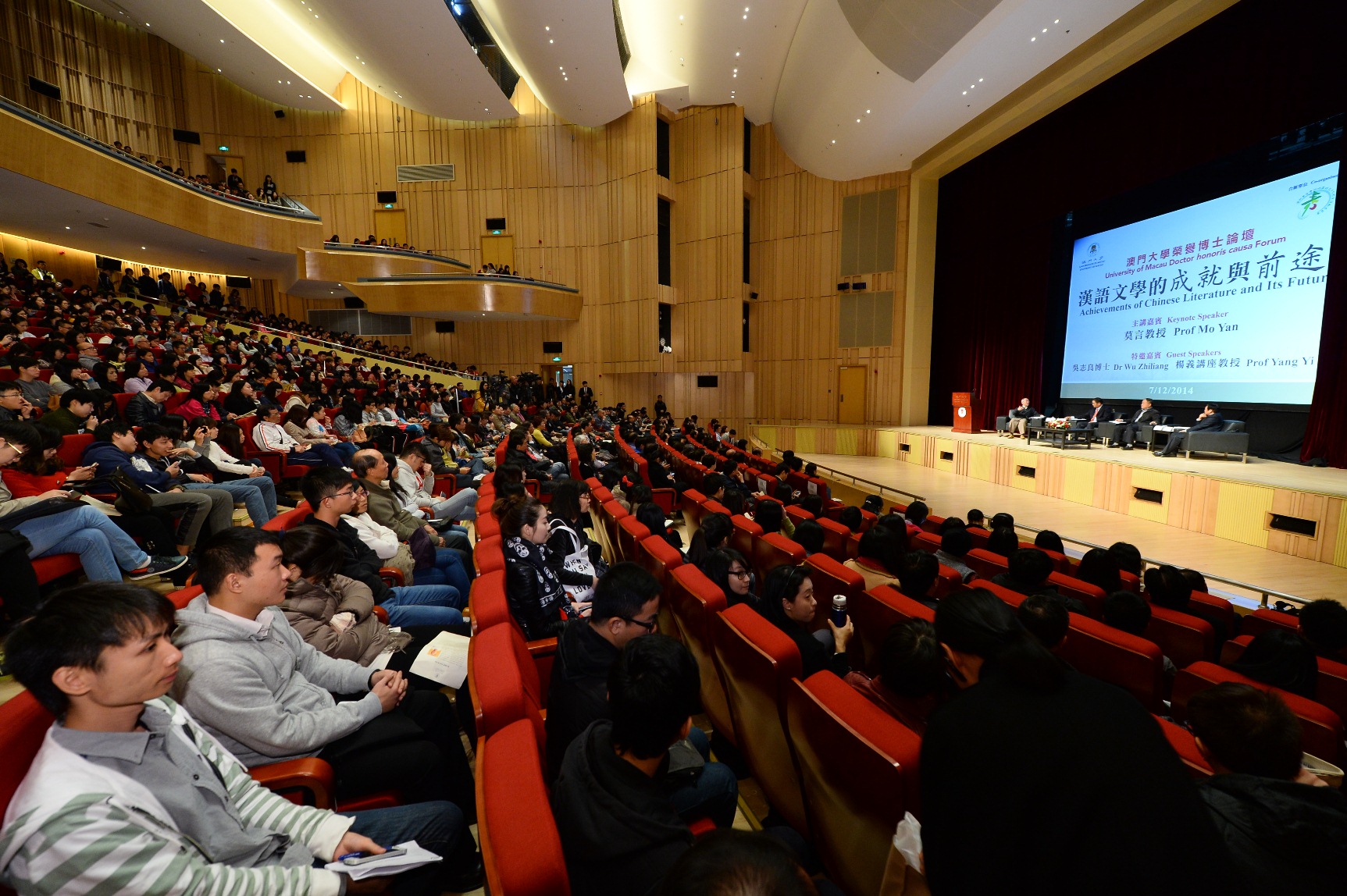 The forum attracts a full-house audience 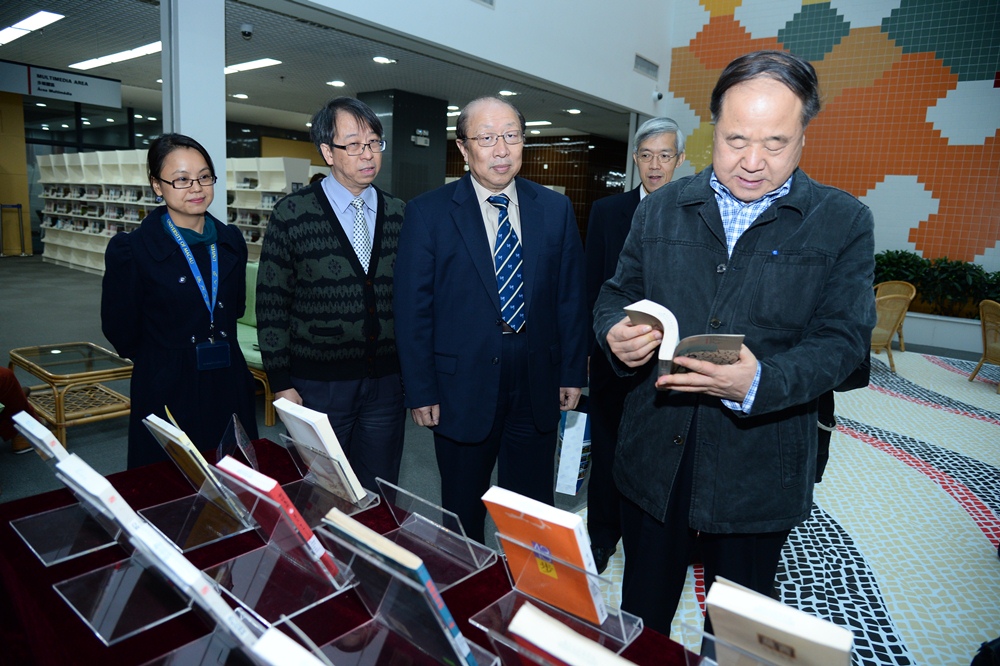 Numerous books by Mo Yan were exhibited at the book exhibition