People from around the world celebrate the Valentine’s Day in more or less the same way. Although this year’s Valentine’s Day is over, last weekend at the University of Macau (UM) students from different middle schools still gave this holiday a late yet uniform celebration—quite literally.

The party was organised by the Students’ Association of UM’s Faculty of Social Sciences and Humanities, and the theme was “Back to Those Years”.  Students who graduated from different middle schools and who are now studying at UM attended the party in their old school uniforms. They played games and sent Valentine’s Day gifts to one another. The most moving part of the party was the “match-making” session, during which participants wrote down the name of the person they felt attracted to on a piece of paper. Couples who reciprocated each other’s feelings were announced and had their photos taken in front of everyone else.

For the full version, please refer to Chinese version. 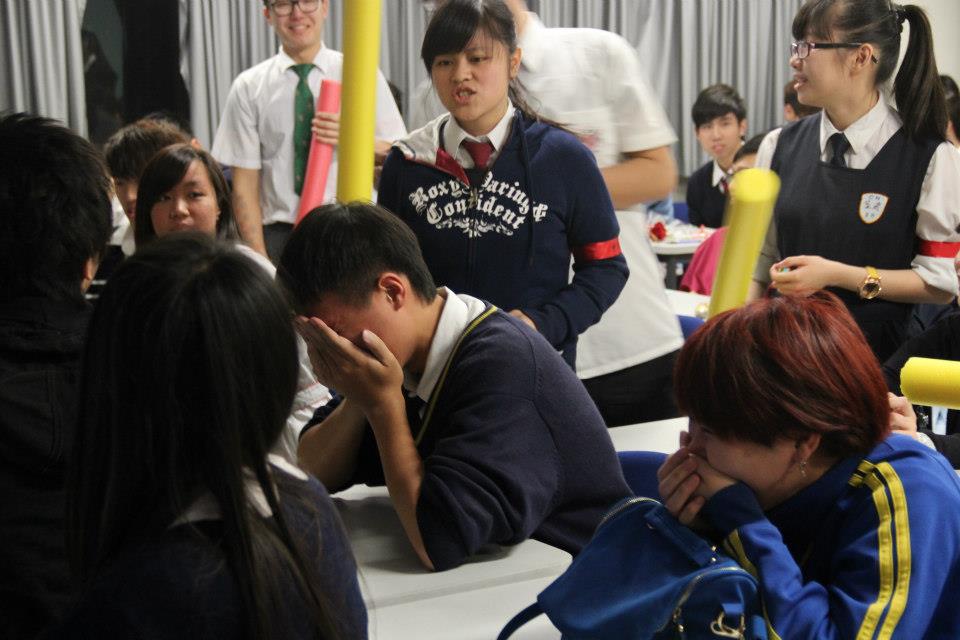 The game is fun, but the punishment for losing—eating a wasabi cake—is not. 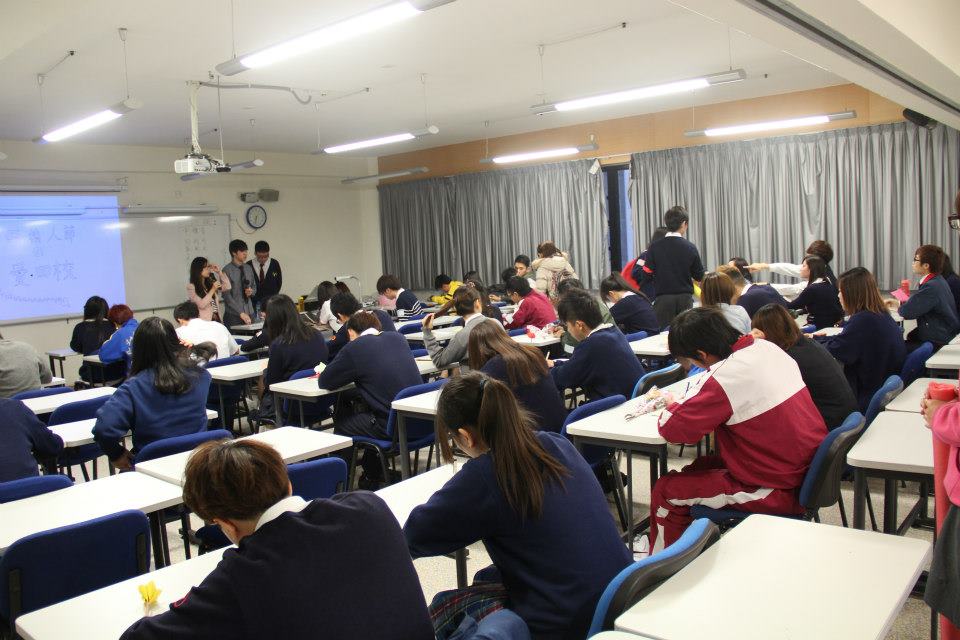 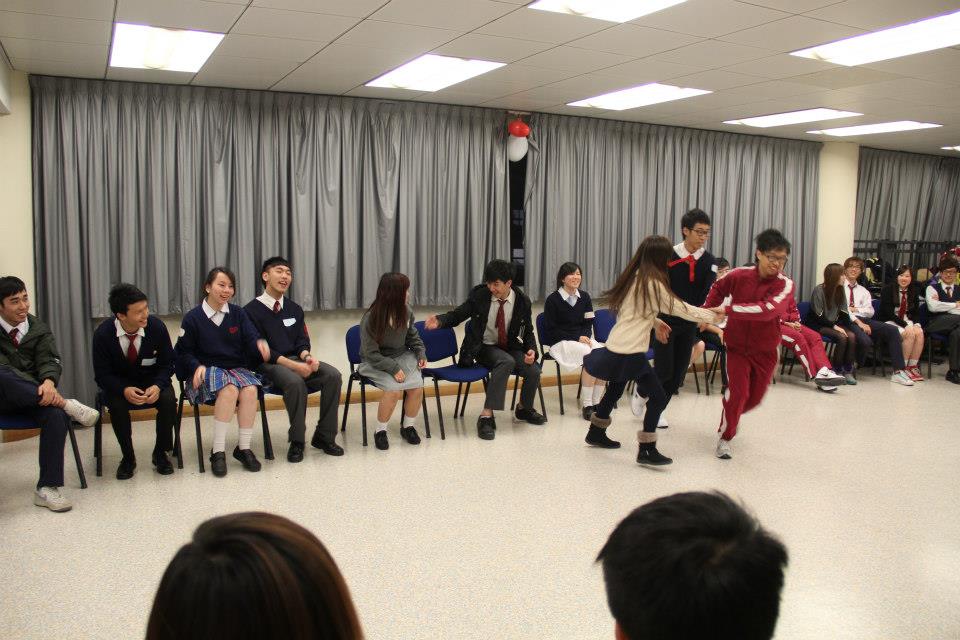 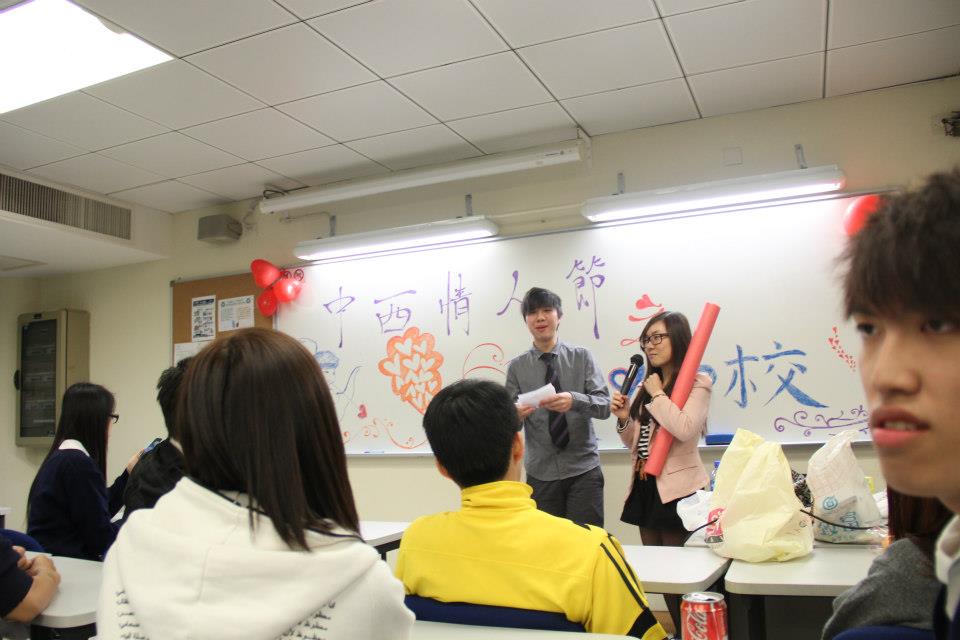 “The Best Couple” is about to be announced