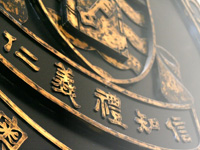 General Education (GE) is defined as "that part of a curriculum that is shared by ALL students (regardless their original major/profession), provides broad exposure to multiple disciplines, and forms the basis for developing important intellectual and civil capabilities" (Spencer Benson, 2009). GE is designed to achieve more than just broadening students' knowledge. It is learning that empowers individuals and prepares them to deal with complexity, diversity and change.

Today's world is more global, knowledge-based, connected facing faster changes. Today's graduates will have several different careers after graduates, sometimes quite unrelated to their major studies in university. They therefore need to respond creatively and seize opportunities in such a fast changing economy by possessing an integrated knowledge and a diverse skill set.

In the University's 5-Year Plan (Academic Year 2008/09 to 2012/13): "…a good proportion of general education components will be included in the total number of credits so as to achieve the goal of providing an all-rounded education to students at UM". In fact, universities in North America, Hong Kong and Taiwan emphasize much on formal general education courses as they usually constitute over 35% of the whole undergraduate curriculum. Therefore, the formal GE course requirement is the centerpiece of our new proposed curriculum.

Our proposed model aims to embrace this direction for achieving our education missions mentioned previously. It provides the key common learning experience for all UM undergraduate students. GE programmes, if designed and implemented well, are equally as important as studies in the major programmes.

There are several major models of GE in existence. Regardless their source, modern GE should address the skills, knowledge and values of 21st century life-long learners. They should cover some basic literacy such as communication, informational, science, technology, cultural, historical, and social.

There is no one single model or solution, each institution has to link GE with its missions. Each needs to search its own character of GE. However, it is useful to make reference to some important studies and experience overseas. Eight categories of general education were identified by the Report of the Task Force on General Education, Harvard University (2007):

One key feature of this model is the focus on the commonality of human experiences, issues that are of prime importance to human beings, and the core intellectual skills and values that all undergraduates we believe should acquire. Following and modified from the Harvard model, the UM general education programme is proposed as follows:


In our recent study of the credit requirements of over 25 major institutions around the world, we notice that a number of top institutions require students of professional programmes such as law and engineering to take university-wide general education courses comprising at least 25% of their total credits. Therefore even for professional programmes, we expect them should be benefited from similar GE requirements.

In our revised curriculum model, approved major programmes will be allowed to have more major credits and to fulfill part of the university-wide general education requirements by equivalent foundation or preparative subjects. They are expected to take at least 20 out of the 36 prescribed specific general education credit requirements. The remaining 16 would be substituted by their Year 1 and Year 2 equivalent major prerequisite/foundation/preparative courses.

The following contents, pedagogical and assessment issues should be taken into account when designing GE courses: